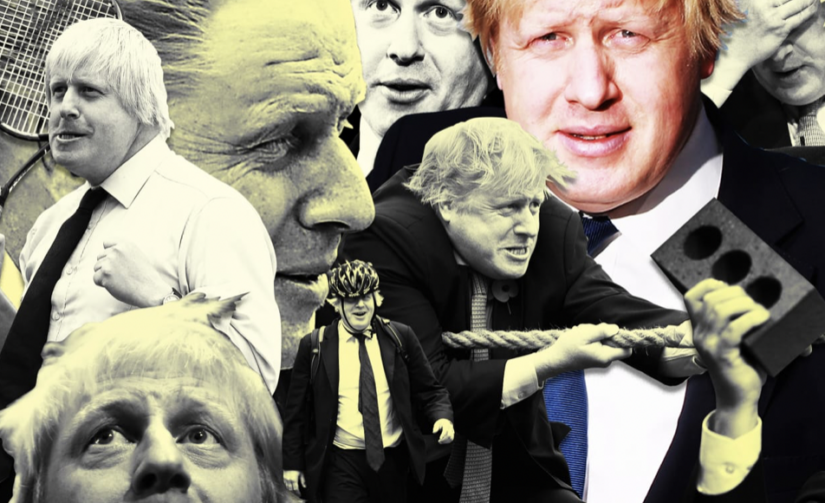 By TruePublica: For centuries, Shakespeare’s ‘Comedy of Errors’ has entertained audiences in Britain and beyond with its story of a series of wild mishaps taking place in a period of 24 hours. Unlikely characters, theft, false accusations, mistaken identity and farcical outcomes make up what was one of Shakespeare’s shortest plays that really created slapstick comedy for the stage.

The comparison to this government, a government led by a man often referred to as “Bozo The Clown” is rich in many ways. The Financial Times pulls no punches when it headlined with (link) – “Calling Boris Johnson a clown is unfair to clowns.” The FT’s first words to that article were – “The term is often used as an insult. In fact, it is a compliment he does not deserve.” It then goes on to say that clowns can be clumsy and gaffe-prone, and live in a world of chaos. But how they respond to that world is different. “Clowns want to make things better. Boris uses his act to get himself out of troubles of his own making.”

Britain’s Prime Minister has been involved in all sorts of scandals, mishaps and facial outcomes. The furniture at Downing Street, the “pile of bodies” outrage, the bombshells of Dominic Cummings, damaging leaks, back-stabbings galore and all manner of accusations of cronyism and corruption. In the 100 years from 1900 to 2000, there are 35 official recordings of political scandals – from 2010 when the Tories were elected to this day – they have recorded 19 attributed directly to Tories, with 7 of them in the last two years alone. And Boris Johnson is by far racking up the very worst scandal record in British history. Greensill, Russian involvement, Cambridge Analytica, Leave EU, Windrush, proroguing parliament, lying to the Queen, the Commons and the public are just a handful of examples of the moral collapse cheered on by this government and our PM.

The problem with our current live version of Britain’s Comedy of Errors is that our show has been ongoing, sadly, for much longer than 24 hours. And much of the problem lies with a total lack of decision making and leadership. The very recent, petrol crisis has really been caused by doing nothing until it’s too late. Before Brexit, Britain was short of 50,000 HGV drivers, then something like 25,000 EU drivers went home. Then the pandemic came – and no one in government thought anything of it. Now it is reported that Britain is short of 100,000 HGV drivers. To put that in context – that’s the equivalent of something like 3 million tonnes of goods a day not being in the right place. The same could be said at the beginning of the pandemic itself and Johnson’s Trumpian moment when he declared we should do nothing and take the deadly virus on the chin to gain herd immunity. The reason why the government ended up in panic mode was that the bodies truly were piling up! But it doesn’t just end there.

In 2019, TruePublica published an article about Operation Yellowhammer. The image used in that article was of a petrol station with the words “NO FUEL” emblazoned all over the forecourt entrance. We wrote that “the current Conservative government will lead Britain, into a “far, far more potentially disruptive period of time than they have been telling the public.” This is because they were warned in their own report on the effects of Brexit. Since then we’ve all heard about the collapsed ferry contracts and many other expensive errors. But more importantly, that Yellowhammer report warned of “three critical sustenance needs – fuel, medical supplies and food shortages. All three require one, even more, critical infrastructure system to operate – transport.”

At the time, James Hookham, deputy chief executive of the Freight Transport Association (FTA), told POLITICO -“That (report) really frightened me because that’s clearly got the potential to disrupt all U.K. goods distribution activity and commercial activity if the domestic fuel supplies are under threat. That’s certainly never been raised with us before.”

But there’s another reality, the public were not warned about when it came to Brexit. TruePublica unearthed (a paywall) document called The Doomsday Plan. In 2018, this report, again commissioned by the government and created by senior civil servants (and presented to David Davis) predicted – “Britain would be hit with shortages of medicine, fuel and food.” The report went on say that – “cross-channel disruption for heavy goods vehicles, would also be catastrophic.”

This government knew all along that driver shortages and cross-border documentation would cause problems – and they did nothing. The pandemic has not helped – but this has the mark of Brexit all over it. One only has to look at the lack of shortages of fuel, food and so on in the EU to compare.

Most people defending this government would say that it was impossible to forecast the pandemic or the specific effects it might have. That is until you consider that the government was warned about exactly this – a flu-like SARS epidemic that would overwhelm the NHS killing tens of thousands in its wake. Truepublica published an article around an epidemic preparedness exercise that specifically warned what would happen. In that article, we wrote that the government – “not only ignored its ominous warnings but buried the final report as investing in the NHS did not fit its privatisation agenda ambitions.” A version of the report was classified as “Official – Sensitive” in order that the public was not made aware of it. The chief medical officer – Sally Davies warned in that report (Exercise Cygnet) -“We’ve just had in the UK a three-day exercise on a (flu) pandemic that killed a lot of people. It became clear that we could not cope with the excess bodies.”

This government knew all along that they needed to prepare for a global flu-like pandemic – and they not only did nothing but made the nations response worse by burying it and deliberately not preparing for it – hence the complete lack of personal protection equipment that could have saved so many lives and a response that could have saved tens of thousands more.

But just look now at what is happening all around us as The Comedy of Errors continues to erode normal life in Britain. The tax take in Britain is now the highest its been since its peak in 1960. We are told it’s about National Insurance – it’s not. Even the Conservative supporting Telegraph reported that the Tories have raised a tax every three days for ten years and it’s now just about strangling the economy as it struggles to fight back against everything thrown at it – including an incompetent government led by a clown-like character who references Kermit the Frog to the world’s leaders at a global climate crisis meetings.

The social care crisis is regarded as another opportunity (forget those suffering in it) for this government, who let it slip that – and I quote – “Is it reasonable we should have a co-payment system in the NHS? If so, it would generate an enormous amount of additional income.” You know where this crisis is going, don’t you?

We know at least two million EU workers have gone home. Even right-wing Brexit wielding mouthpiece The Daily Mail are begging for them to come back. But now, competition laws have been suspended to cope with ongoing crises, just as the army are being brought in to help. Then there’s the cost of living crisis that will be damaging, as the reduction of Universal Credit will be. And out of desperation and spite – the Tories are to cheer on changes to student loans terms that will make life even harder for 50 per cent of our future prospects as they graduate.

And after its anti-immigrant years’ long propaganda campaign – it all seems rather more farcical that we have this sentiment in a country with a Turkish-American PM, Ugandan-Asian Home Secretary, an Asian Chancellor,  a Czech Deputy PM and a Sierra Leonian former Party Chairman – all of whom have championed isolationism, tribalism, hate and corruption.