Forget ‘Operation YellowHammer’ – the original one is called ‘The Doomsday Plan’ 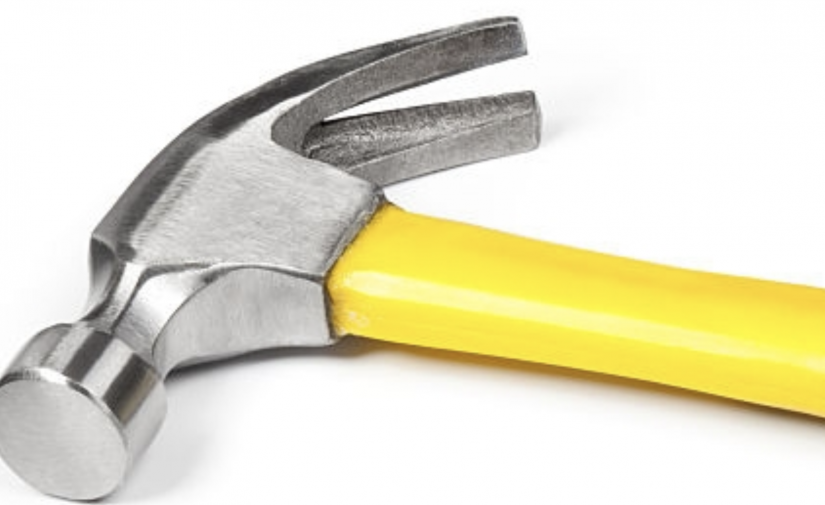 By TruePublica: The huge mainstream media coverage of ‘Operation YellowHammer’ is a deliberate leak, not by a Remainer within the Tory ranks or cabinet – it is a leak deliberately designed to re-align public thinking on what to expect. Do not forget that in The Times article all the information provided is the minimum expected by government officials as a direct result of a hard Brexit. Just over a year ago, the hard Brexit scenario was not on the cards but specific risk and threat reports had been delivered to government officials. The main one, at the time, was called the ‘Doomsday plan’. This document relayed to government officials expectations of a no-deal Brexit. The Times leaked it then – below an image of their headline behind a paywall. Notice the date of publication and that it’s subheading is identical in terms of information to the latest Operation YellowHammer so-called leak. 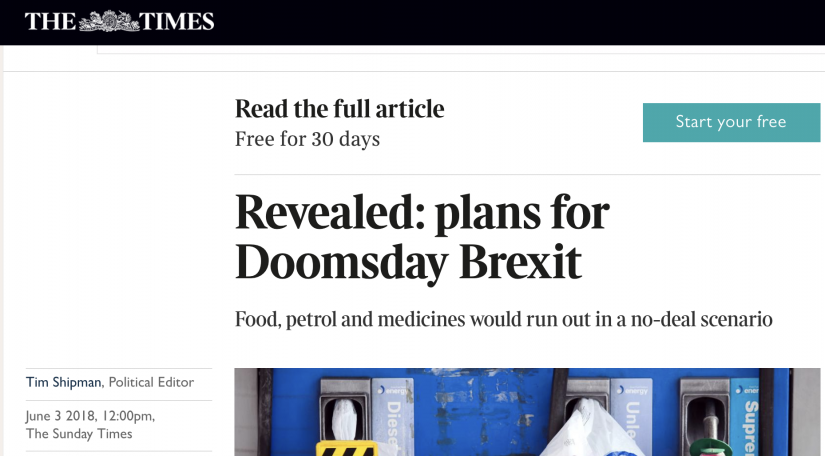 Here is the exact word for word excerpt of an article TruePublica published on the 5th June 2018. It was entitled:

What The ‘Doomsday Brexit Plan’ Document Says Should Frighten Us All

This is the first paragraph of The Times article (paywall) regarding Britain’s Doomsday Brexit plan.

“Britain would be hit with shortages of medicine, fuel and food within a fortnight if the UK tries to leave the European Union without a deal, according to a Doomsday Brexit scenario drawn up by senior civil servants for David Davis.”

The Times confirms that the port of Dover will collapse “on day one” if Britain crashes out of the EU, leading to critical shortages of supplies. This was the middle of three scenarios put forward by senior advisors. A type of best guestimate if you like. You simply do not want to know the outcome of the worst of those three scenarios. Indeed, we have been spared from such details.

The article states that the RAF would have to be deployed to ferry supplies around Britain. And yes, we’re still on the middle scenario here.

“You would have to medevac medicine into Britain, and at the end of week two we would be running out of petrol as well,” a contributing source said.

The report continues to describe matters such as cross-channel disruption for heavy goods vehicles, which would also be catastrophic. Massive carparks will be required.

A senior official said in the ‘Doomsday’ Brexit plan: “We are entirely dependent on Europe reciprocating our posture that we will do nothing to impede the flow of goods into the UK. If for whatever reason, Europe decides to slow that supply down, then we’re screwed.” Let’s not worry about the fact that French borders are often left in chaos due to the all too familiar strikes that appear almost monthly during holiday season for one reason or another.

Home secretary Sajid Javid makes an unconvincing comment stating he’s ‘confident’ a deal will be done. That’s hardly the type of assurance we need is it?

UK officials emphasised that the June EU summit due on the 28th was heading for a “car crash” because “no progress has been made since March” to devise plans for a long-term deal. If your confidence in Brexit is starting to wane, don’t worry, half the nation are not just anxious but downright fearful – mainly because, neither in or out has given any concrete evidence of likely outcomes. This is probably because Brexit hasn’t been done before – and was designed that way. Deliberately.

Remember, you read about ‘Operation YellowHammer’ here at TruePublica over a year ago – it’s just that it was called something else. YellowHammer – at best an odd name for a Brexit document, is propaganda. It’s saying – go buy what you need now so the country can restock before 31st October.