More you have not been told about Operation Yellowhammer 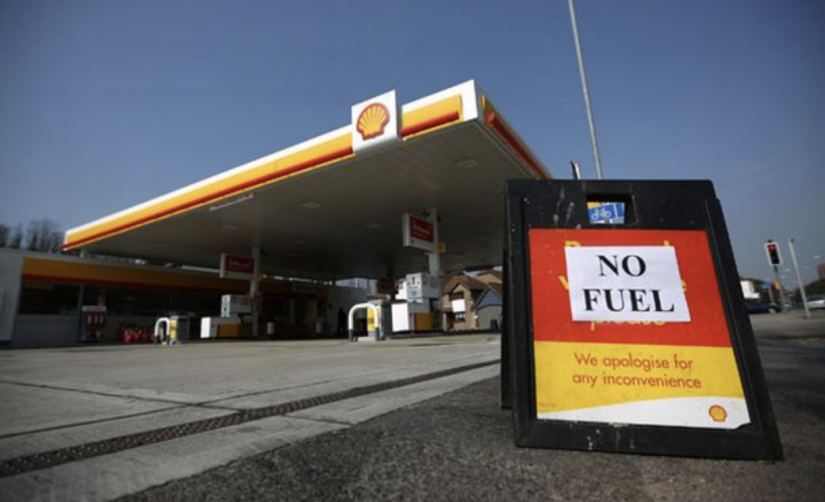 By TruePublica: The so-called leak of Operation Yellowhammer, the British government’s no-deal planning dossier, that was in fact leaked over a year ago but no-one believed it – is now an eye-opener – now that they do. It determines that the current Conservative government will lead Britain, as it warns into a “far, far more potentially disruptive” period of time than they have been telling the public. The government has been saying for some time now that no-deal Brexit preparations are advanced and that fears in the media of chaos is nothing more than project fear. This myth has been propagated by usual suspects in The Daily Mail, Sun, and Telegraph and more so since Boris Johnson strolled into No10 Downing Street.

The government is lying. The leak is confirmation of that. It was deliberate as no-deal planning is beyond the capability of government (just think of much smaller projects the government has failed at – such as managing a simple ferries contract that collapsed through ministerial incompetence a few months ago) and so the release injects critical information to the managers of Britain’s infrastructure, most of which is privatised.

If the government were even part-way prepared for a no-deal Brexit, the very first concentration of minds would be to keep transport infrastructure – the movement of said ‘leaked’ critical sustenance needs – up to optimum speed as best as could be managed given the circumstances.

He said the FTA has not seen the original Operation Yellowhammer document and added: “That really frightened me because that’s clearly got the potential to disrupt all U.K. goods distribution activity and commercial activity if the domestic fuel supplies are under threat. That’s certainly never been raised with us before.”

It appeared that the FTA was particularly blindsided by the suggestion in the leaked document that the government’s own no-deal zero-tariff policy could hit the U.K.’s domestic fuel industry, leading to the (permanent) closure of two refineries, strikes and disruption to fuel availability, Hookham said.

The FTA are clearly very worried indeed. That they have just learned all this from a newspaper and not the government is astonishing. Hookham went on to say:

“What we’re feeling now is that we’re just shooting in the dark, we’re being asked to prepare for something that we don’t fully understand and that the government’s not prepared to share with us … All of a sudden this isn’t just queues at Dover … this could have a knock-on effect to all domestic goods distribution and that is orders of magnitude more than we were led to believe might happen.”

Hookham reiterated his concerns – “Any threat to fuel supplies would be a “game-changer. What we want now is just some honesty and some clarity. How can we help to mitigate this if we don’t know what we’re trying to solve?”

In the background, the government, so worried that the transportation infrastructure failure would cause fatalities through shortages of medical supplies, it decided to create an ‘express freight’ system dedicated to medical supplies for a period of up to two years after a no-deal Brexit withdrawal come the 31st October. Deaths as a direct result of Brexit and an incompetent government managing it would be a public relations catastrophe and a gift to opposition parties.

This clearly means that extreme problems are not just expected by the government but desperate measures are required to mitigate the worst of them. The plan only emerged on August 15th with bid documents only just released – and there are just 72 days to go until Brexit.

Britain is asking logistics providers to bid for a £25 million pound express freight contract to deliver medicines into the country on a daily basis from November 1st. The Department for Health and Social Care said the “contract would form part of its contingency plans to deal with any complications that stem from Britain’s departure from the world’s biggest trading bloc.”

The service is intended to deliver small parcels of medicines or medical products on a 24-hour basis, with an additional provision to move larger pallets carrying goods on a two-to-four day basis. The small parcel service will be required especially for temperature-controlled and very short shelf life medicines critical to life.

The contract will run for 12 months, with a possible further 12-month extension.

The department has already sought to help companies build up buffer stocks of medicines and procured additional warehouse space at an unknown cost to the taxpayer.

As TruePublica revealed yesterday, the huge mainstream media coverage of ‘Operation Yellowhammer’ is a deliberate leak, not by a Remainer within the Tory ranks or cabinet – it is a leak deliberately designed to re-align public thinking on what to expect now that it has dawned upon the government that Brexit will indeed bring chaos – and that it has not actually prepared sufficiently for it.