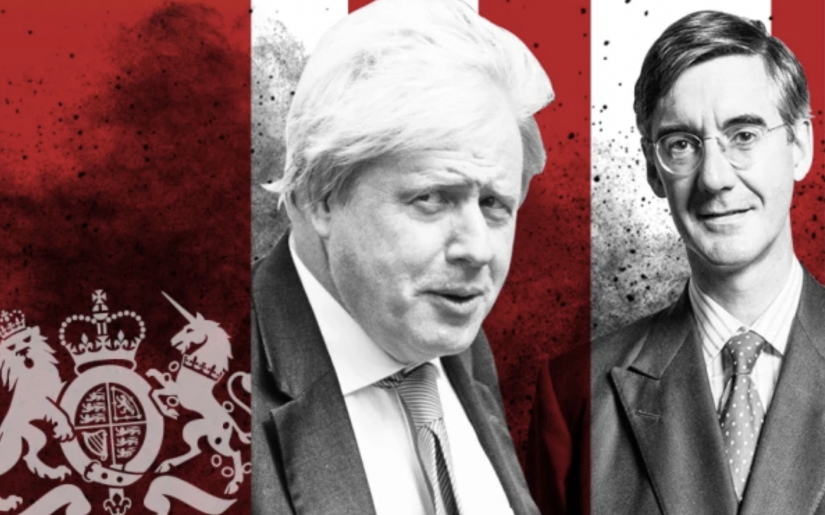 By Graham Vanbergen: The headlines for the weekend were littered with reports of fuel, medical supplies and food shortages as Boris Johnson’s no-deal Brexit looms large. But this so-called leaked document with details of ‘Operation Yellowhammer’ is nothing new – we already had something much worse – called The Doomsday Plan. And it was the Times who leaked that one too. These headlines have all the hallmarks of Dominic Cummings using the governments Behavioural Insights Team, also known unofficially as the “Nudge Unit.” It is an organisation that was set up to apply behavioural economics and psychology. In short, it is a government propaganda tool.

The reality of the Brexit folly is now having to be managed as the country is now facing its expected chaos. It’s not like the Bank of England or the ONS or a dozen other fact-laden reports have not warned of the impending economic and social disaster heading our way. This weekend, the mainstream media went into a frenzy.

Reuters: Britain will face shortages of fuel, food and medicine if it leaves the European Union without a transition deal, jamming ports and requiring a hard border in Ireland, official government documents leaked to the Sunday Times show.

Even the Daily Mail, who have substantially propagated this hard Brexit nightmare has a headline – “Project Fear 2.0? Leaked No Deal Brexit dossier predicts fuel, food and medicine shortages, port chaos and Irish border disruption on Oct 31 as Boris Johnson vows to crash out the EU if necessary.”

Sky News: A no-deal Brexit could lead to shortages of food, fuel and medicine, as well as a hard border on the island of Ireland, according to leaked official government documents published in the Sunday Times.

The reality is this so-called leak confirms the government is now preparing the people for the chaos that a no-deal Brexit will bring. It is also a timely leak just as Boris Johnson heads off the see Macron and Merkel once again in the vain hope of renegotiating a deal they have already reiterated and asserted is not up for renegotiation. Johnson will be looking to shift the blame onto them for their ‘intransigence’ as his team likes to put it.

The leaked documents, we are told, in all of these reports, marked ‘official-sensitive‘ that required security clearance on a ‘need to know‘ basis has the ring of a state secret. It is remarkable though because it gives the most comprehensive assessment of the UK’s readiness for a no-deal Brexit. Or more to the point, its failure. The document refers to ‘Operation YellowHammer’ – a supposed secret dossier filed by the Cabinet Office this month. It highlights the areas that could be most vulnerable if the UK leaves the EU without a deal on October 31. But all of this information is already known. And if the document was ‘leaked’, it was done so deliberately, as is so common to recent Tory cabinets.

The document reveals that a hard Irish border will be required. Why this is new information is unknown. A hard-Brexit was always going to cause a hard border. There was never any question of the opposite to a rational thinker.

It has also always been known that this will cause an escalation in political trouble – previously known as The Troubles. To counteract this – one-quarter of Britain’s entire MI5 operation is now focused on this very real and serious threat to public life. I wrote about exactly this last February.

I also wrote about a “New Command Centre to Detect “Battle Rhythm” On The Streets.”  We were told that this entire team of 300 civil servants was disbanded just a few months ago. If this is the case it would be extraordinary given the millions spent on creating it.

Three-months of chaos at the ports is supposed to be new information. This was also known and is, in fact, the least serious of three impact scenarios the government have known about for over a year now.

Fuel, medicine and food shortages are expected. Of course, they would be expected if thousands of trucks are laid up in ports. Everyone will brim their tanks a day or so before the 31st creating an instant shortage anyway. And any products with limited shelf life will be affected. It has been known that refrigeration of certain drugs will cause them to be deemed useless whilst sitting in ports. It was also known that a threat to life would be just one of the outcomes of a hard Brexit.

Street protests are expected with direct action including road blockades. Once again, this was known and expected. I’ve spoken to police officers who tell me that their leave keeps being cancelled every time a Brexit deadline is announced.

This is not propaganda in the sense that it is designed to sway public policy. This is propaganda because this information is supposed to have been secret and then leaked. It is no secret and was in fact known, albeit in a differently entitled document. Two actually. First was The Brexit Impact Papers. These were read by only 6% of parliamentarians during the course of last year. The documents were heavily redacted. Those that did visit were heavily restricted by government officials. No paper, pens or mobile phones were allowed into the specially designed, sealed reading room. Parliamentarians were only allowed to book the room for one hour even though the report is 850 pages. The point being is that government officials including some in Downing Street – knew exactly what the impact of a no-deal Brexit would have. This latest leak is nothing more than a deliberate attempt to prepare the nation for what is coming. It is a straight forward propaganda campaign. So batten down the hatches folks!

In my book, Brexit – A Corporate Coup D’Etat – (instant any device download £2.99) that was finished in late summer and published December last year, I wrote about the Brexit Impact Papers extensively. I wrote about some of its findings too.

Even the BBC published some of Brexit Impact findings, which included – a hard Irish border, food, medicine and fuel shortages, a partial but serious collapse for the farming industry, and something similar for the technical research industry. This report was substantially watered down at the time and reported in typical sanitised BBC language.

In chapter 19 of my book, I wrote about another leaked document called the Doomsday Brexit Plan. This plan covered the effects upon Britain in the event of a hard Brexit. I wrote –

“Britain would be hit with shortages of medicine, fuel and food within a fortnight if the UK tries to leave the European Union without a deal, according to a Doomsday Brexit scenario drawn up by senior civil servants for David Davis.” I also wrote that – “The Times confirms that the port of Dover will collapse “on day one” if Britain crashes out of the EU, leading to critical shortages of supplies.”

Back then, the scenarios given for a hard Brexit is the same as this weekend’s release by the mainstream media. What no leak has given us yet – is the worst-case scenario. I also wrote – “One official said the scenarios are so explosive they have only been shared with a handful of ministers and are “locked in a safe.”

This time, an unnamed Whitehall source said of the latest leak that:

‘This is not Project Fear – this is the most realistic assessment of what the public face with no deal. These are likely, basic, reasonable scenarios – not the worst case.’

So just to recap. The government is expecting and has been expecting for some time, protests leading to violence on the streets of Britain as food and medical supplies cause problems. Thousands of trucks will be causing chaos at ports and a whole myriad of knock-on effects that mean the state security services, police and army will be operating to secure public safety. (However, the Royal Navy and RAF will not be able to help because the current British government has sent all available ships to the Gulf because no other country wants to support Donald Trump’s administration causing another war in the Middle East – as if Britain needs anything remotely like that right now.)

It will take a week from the 1st of November to see just how much of Britain’s infrastructure systems cope. The expectation, by all accounts, is that they won’t cope well.

Operation YellowHammer and all it entails is what Brexiteers call – ‘taking back control’. Apparently. But it was already known and is nothing new.