Robert J. Burrowes: Why are all those Racists so Terrified? 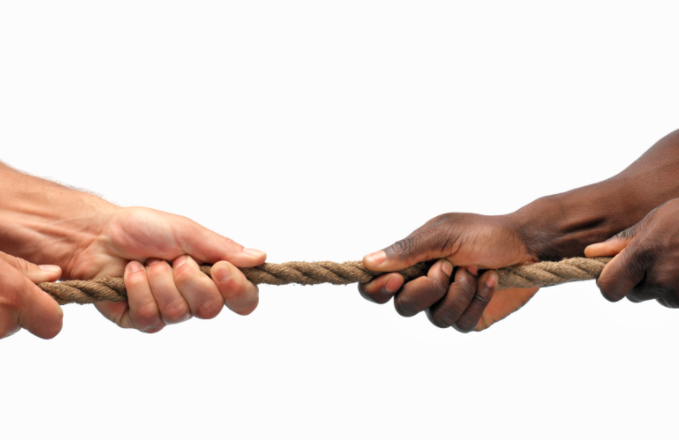 Racism is not a new phenomenon and while it is an ongoing daily reality for vast numbers of people, it also often bursts from the shadows to remind us that just because we can keep ignoring the endless sequence of ‘minor’ racist incidents, racism has not gone away despite supposedly significant efforts to eliminate it. I say ‘supposedly’ because these past efforts, whatever personnel, resources and strategies have been devoted to them, have done nothing to address the underlying cause of racism and so their impact must be superficial and temporary. As the record demonstrates.

I say this not to denounce the effort made and, in limited contexts, the progress achieved, but if we want to eliminate racism, rather than confine it to the shadows for it to burst out periodically, then we must have the courage to understand what drives racism and design responses that address this cause.

Otherwise, all of the best ideas in the world can do no more than repeat past efforts at dialogue, education, nonviolent action and the implementation of legislation designed to protect civil rights or even outlaw violence, which doesn’t work, of course, as the pervasive violence in our society demonstrates and was again graphically illustrated by the recent outbreak of ‘white nationalist’ violence in Charlottesville in the United States.

Racism directed against indigenous peoples and people of color has been a significant factor driving key aspects of domestic politics and foreign policy in many countries for centuries. This outcome is inevitable given the psychological imperatives that drive racist violence.

African-Americans comprise only 13% of the U.S. population and 14% of the monthly drug users, but are 37% of the people arrested for drug-related offences in America.

Racism – fear of, and hatred for, those of another race coupled with the beliefs that the other race is inferior and should be dominated (by your race) – is now highly visible among European populations impacted by refugee flows from the Middle East and North Africa. In addition, racism is ongoingly and highly evident among sectors of the US population but also in countries like South Africa as well as Australia and throughout Central and South America where indigenous populations are particularly impacted. But racism is a problem in many other countries too.

So why is fear and hatred of those of a different race so prominent? Let me start at the beginning.

Human socialization is essentially a process of terrorizing children into ‘thinking’ and doing what the adults around them want (irrespective of the functionality of this thought and behavior in evolutionary terms). Hence, the attitudes, beliefs, values and behaviors that most humans exhibit are driven by fear and the self-hatred that accompanies this fear. For a comprehensive explanation of this point, see ‘Why Violence?’ and ‘Fearless Psychology and Fearful Psychology: Principles and Practice’.

However, because this fear and self-hatred are so unpleasant to feel consciously, most people suppress these feelings below conscious awareness and then (unconsciously) project them onto ‘legitimized’ victims (that is, those people ‘approved’ for victimization by their parents and/or society generally). In short: the fear and self-hatred are projected as fear of, and hatred for, particular social groups (whether people of another gender, nation, race, religion or class).

This all happens because virtually all adults are (unconsciously) terrified and self-hating, so they unconsciously terrorize children into accepting the attitudes, beliefs, values and behaviors that make the adults feel safe. A child who thinks and acts differently is frightening and is not allowed to flourish.

Once the child has been so terrorized however, they will respond to their fear and self-hatred with diminishing adult stimulus. What is important, emotionally speaking, is that the fear and self-hatred have an outlet so that they can be released and acted upon. And because parents do not allow their child to feel and express their fear and hatred in relation to the parents themselves (who, fundamentally, just want obedience without comprehending that obedience is rooted in fear and generates enormous self-hatred because it denies the individual’s Self-will), the child is left with no alternative but to project their fear and hatred in socially approved directions.

Hence, as an adult, their own fear and self-hatred are unconscious to the individual precisely because they were never allowed to feel and express them safely as a child. What they do feel, consciously, is their hatred for ‘legitimized’ victims.

Australia: Racism on the increase -During the past year, 1 in 5 people living in Australia was a target of racial discrimination (around 4.6 million people). This is an increase from 1 in 8 the previous year – source

Historically, different social groups in different cultural contexts have been the victim of this projected but ‘socially approved’ fear and hatred. Women, indigenous peoples, Catholics, Afro-Americans, Jews, communists, Palestinians…. The list goes on. The predominant group in this category, of course, is children (whose ‘uncontrollability’ frightens virtually all parents until they have been successfully terrorized and tamed).

The groups that are socially approved to be feared and hated are determined by elites. This is because individual members of the elite are themselves terrified and full of self-hatred and they use the various powerful instruments at their disposal – ranging from control of politicians to the corporate media – to trigger the fear and self-hatred of the population at large in order to focus this fear and hatred on what frightens the elite. This makes it easier for the elite to then attack the group that they are projecting frightens them, which is why Donald Trump and various European leaders encourage racist attacks. See, for example, ‘This expert on political violence thinks Trump is making neo-Nazi attacks more likely’. It is also useful for providing a basis for enhancing elite social control through such measures as legislative restrictions on human rights and expanded police powers.

Obviously, this cannot work. You cannot destroy fear, whether your own or that of anyone else. However, you can cause phenomenal damage to those onto whom your fear and self-hatred are projected. Of course, there is nothing intelligent about this process. If every indigenous person and person of colour in the world was killed, elites would simply then project their fear and self-hatred onto other groups and set out to destroy those groups too.

In fact, of course, western elites are now (unconsciously) projecting their fear and self-hatred onto Muslims as well and this manifests behaviourally in many ways, including as war on countries in the Middle East. And when the blowback from these wars manifests as ‘terrorist’ attacks on western countries (assuming they aren’t ‘false flag’ events, which is often the case), such as the recent attack in Barcelona, it is simply used by elites, employing their corporate media particularly, to justify more intrusive social control under the guise of ‘enhanced security’, as mentioned above.

If you are starting to wonder about the sanity of all this, you can rest assured there is none. Elites are insane. See ‘The Global Elite is Insane’. Unfortunately, the individuals who are mobilized in response to this projection are also insane, as a cursory perusal of their written words and even modest attention to their spoken words will readily illustrate. See, for example, ‘Charlottesville: Race and Terror’.

So is there anything we can do? Fundamentally, we need to stop terrorizing our children. As a back up, we can provide safe spaces for children and adults alike to feel their fear, self-hatred and other suppressed feelings consciously (which will allow them to be safely released). By doing this, we can avoid creating more insane individuals who will project their fear and self-hatred in elite-approved directions. See ‘My Promise to Children’.

If you are fearless enough to recognize that elites are manipulating you into fearing those of other races (or religions) whom we do not need to fear, any time is a good time to speak up and to demonstrate your solidarity. You might also like to sign the online pledge of ‘The People’s Charter to Create a Nonviolent World’.

You are also welcome to consider using the strategic framework explained in Nonviolent Campaign Strategy for your anti-racism campaign. And if you want to organise a nonviolent action to combat racism in a context where violence might erupt, you can minimize the risk of this violence by following the comprehehensive list of guidelines here: ‘Nonviolent Action: Minimizing the Risk of Violent Repression’.

In essence, racism is a manifestation of the mental illness of elites manipulating us into doing their insane bidding. Unfortunately, many people are easy victims of this manipulation because they are full of suppressed terror and self-hatred too.

Robert J. Burrowes has a lifetime commitment to understanding and ending human violence. He has done extensive research since 1966 in an effort to understand why human beings are violent and has been a nonviolent activist since 1981. He is the author of ‘Why Violence?’ His email address is flametree@riseup.net and his website is here.