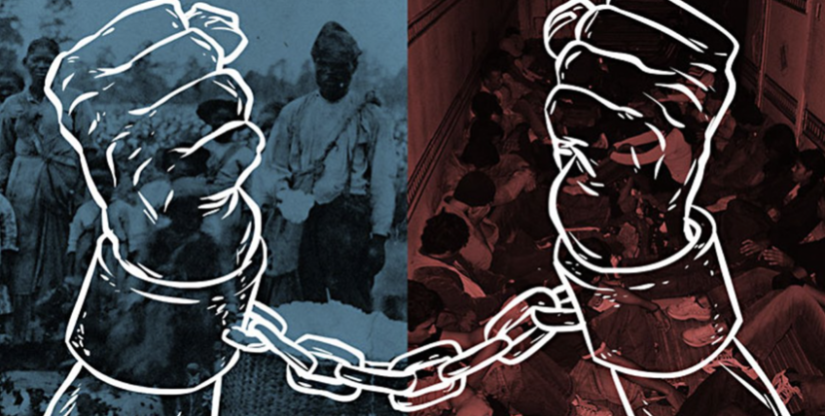 Guest Writer –Erin Rizzato Devlin: In this historical moment, when our reality is being reshaped by new forces to fight discrimination and slavery, the best practice employed for such a task seems to be the popular fashion of removing statues. The frigid and (quite literally) stony-hearted bodies of bearded oppressors and senile slave-owners have been dragged from their standpoints and drowned in nearby rivers. Too bad they were already deceased two hundred years ago.

This collective act of displacing statues, however gratifying, is a symbolic performance in which people come together to erase the symbol of values and institutions that are surpassed and do not represent them any longer. This ‘suppression of oppression’ seems to have ignited the spirits of many of the freedom fighters of our age, who find their archenemies fossilised in time and standing on the high glory of an old plinth. Still, this has become nothing but a sterile act perpetrated against stone rather than the true criminals of modern slavery. The subtraction of public monuments, and all the meaning they may carry, is a gesture concerned with empowering its agents rather than the real victims who, at the very moment the ropes are being tied around slaver Robert Milligan’s neck, find themselves threatened by oppression and abuse.

For instance, the slavery involved in the production of chocolate, coffee and even bananas is the closest to our everyday lives. In fact, what we regard as a common, edible pleasure is mostly provided by the hardship of millions of men, women and children across the globe, the majority of which are obliged to offer sweat and blood in order to put those ordinary products on our tables. What we regard as a simple commodity, implies the labour and exploitation of many families’ existence on the other side of the ocean.

The supply chain that connects those native farmers to consumers in the West is dominated by a middle link of a handful of persons who make their profits by ensuring farm prices are kept disproportionately low and workload excessively high. Therefore, as consumers, we unconsciously become the commissioners of a real slave system to which we are blinded, by buying and demanding these products. Unfortunately, this injustice also lies hidden behind the ambiguous ”fair-trade” certification that has been used as a psychological marketing tactic by multinationals to induce purchasing whilst the corporation is, in truth, committing to very little.

Rather than antagonising those who have turned to stone and earn little profit from the top of their pedestal, we should be more concerned with tearing down the monstrosity of modern slavery and its living flesh that still holds human bodies as hostages

An example of this expediency is represented by major household named companies who were historically involved in the destruction of democratic movements in Latin America. So the smaller the supply chain and business, the more likely its ethical commitment to ”fair-trade” can actually be trusted. These are uncomfortable truths that make us silent participants in invisible slavery that, however distant in space, is still existing in our time. Nevertheless, it is in our power to consider a simple act, such as the consumption of a cup of coffee, as a political strategy: these are the real revolutions we should be conducting.

(Source Information – A Thomson Reuters Foundation investigation (Dec 2019) over six months uncovered extensive slave labour running largely unchecked in Brazil’s billion-dollar coffee industry despite years of efforts to clean up the sector. Exclusively obtained data, analysis of public records, and dozens of interviews revealed coffee produced by forced labour was stamped slavery-free by top certification schemes and sold at a premium to major brands such as Starbucks and Nespresso.)

However, without travelling too far, while the debate is concerned with which statue must go next, there are enslaved and abused people currently working in the cities which we walk. As protestors are consumed by the hunger and desire to assault another heavy bust, in this exact same moment the city of London counts 2.1% of its female population affected by genital mutilation according to a report from City University London (source). Another key finding of the same research indicates that there is no local authority area in England and Wales free from this abominable practice that is carried mostly on young girls by doctors and circumcisers who live within the community. Just in 2011, an estimated 103,000 women between the age of 15 and 49 were counted to be living with female genital mutilation in the UK.

In every single area of Britain, including those that have been swarming with antiracist and antislavery protests, trafficked children have been brought into the country to be ”tricked, controlled, tortured and sold every day” (words of a 12-year-old girl, groomed and exploited as a sex slave in the UK). Child slavery has been increasing in the last 5 years and is silently and persistently growing (source – antislaveryUK).

(Source information – Jasmine O’Connor, CEO of Anti-Slavery International said: “The rate of children British trafficked in the UK has more than doubled in a year. Having no clear plan in place to prevent child trafficking in the UK when we literally find over 2,000 of children in a year – and rising – who fall victims of ruthless criminals, should shame this Government”.)

This is the position not only of people who got entangled in exploitation and shipped to a foreign land, deprived of their passport and burdened with a price for freedom but also of UK nationals who have been forced into drug trafficking, sexual exploitation, domestic slavery or even forced labour. In 2019, over 10,000 victims of modern slavery were officially reported in the country (source – UK Gov report) , a number which minimises the count of real cases not referred due to either economic impediments, psychological threats, unawareness or simply inability to make one’s voice heard. Rather than condemning the deeds of stone and throwing accusations into the indifferent waters of the past, we should become the resonating chamber that amplifies the breathing, unheard voices of modern slaves.

It is the duty of all citizens who proclaim themselves against injustice and oppression to be aware of the hidden chains that still hold individuals tied onto their slave owners. In spite of some honourable organisations that are fighting for strong labour rights and regular controls of workplaces to ensure humane conditions, as well as creating support counselling and training for survivors of human trafficking and exploitation, the hidden tumour of slavery is still progressing in our contemporary social structure.

Rather than antagonising those who have turned to stone and earn little profit from the top of their pedestal, we should be more concerned with tearing down the monstrosity of modern slavery and its living flesh that still holds human bodies as hostages.

Slavery is not yet petrified. Now is the time to stop turning a blind eye to these realities and truly commit to that symbolic gesture, to save the present rather than try to redeem the past. Instead of fighting a war against statues, let’s recognise and tackle the real enemy, who still breathes and breeds; and perhaps soon instead of destroying, we should look to what we can do to build new statues.