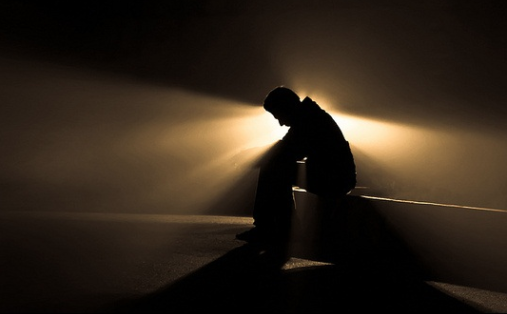 The criminal chamber of the Federal Court in Switzerland on 10 October 2018 – after a public hearing before judges (lasting 150 minutes – without the parties present) – by 3 votes to 2 gave a groundbreaking judgment in the case of Rudolf Elmer regarding his violation of bank secrecy. Most importantly, the charge of violation of Swiss bank secrecy alleged against the well-known whistleblower Elmer brought by the Higher Prosecution Office of the Canton of Zurich was rejected by the Federal court and the acquittal of Rudolf Elmer by the High Court of the Canton of Zurich was confirmed.

So, Rudolf Elmer, a financial secrecy whistle-blower in Europe got off then? Not exactly.

Of one thing you can be sure – if the Swiss bank he worked for and the Swiss authorities thought it’d be easy to defend banking secrecy and the terrible harm it does, they picked the wrong person to fight. They thought they could break Elmer.

There are those who would have you believe that Swiss banking secrecy is over, but we can assure you that’s far from the case. Switzerland is still ranked number one in the Tax Justice Networks Financial Secrecy Index.

Elmer worked for Swiss bank Julius Bär in the Cayman Islands when he leaked data on wrongdoing. Now the Swiss Supreme Court has ruled that if employment contracts in locations outside Switzerland are local, Swiss banking secrecy doesn’t apply and can no longer be used to impose jail terms on whistleblowers.

As soon as the decision was announced the Swiss banking lobby expressed outrage at the serious implications of this “political” legal ruling by the highest Court in Switzerland.

The prosecution repeatedly suppressed files, which were never punished even after complaints by Elmer. The enormous investigation costs amounted, according to the Zurich Supreme Court, to just under 4 million CHF (£5million).

TJN reported that: “When someone is wrongly accused of alleged breach of Swiss Bank Secrecy, is kept in detention for 220 days, is under psychiatric treatment, and is then obliged to attend a hearing in the district court of Zurich and collapses after an hour due to health problems, all the legal and psychological alarm bells should have sounded to stop the proceedings. However, there was an overriding pressure to complete the case within the statutory time limitation. Therefore, the president of the Higher Court of Zurich, Peter Marti, formally instructed the prosecutor no longer to investigate the alleged offence of violation of Swiss Bank Secrecy.”

The same Senior Judge, Peter Marti, after reluctantly acquitting the accused of violation of Swiss bank secrecy “on technical grounds”, when giving the verdict said: “You are not a whistleblower, you are an ordinary criminal, a criminal seeking only personal gain”. Elmer’s complaint against these remarks, like all the other complaints Elmer filed (with one exception), was rejected.

Elmer`s wife Adelheid was also accused of helping her husband to violate Swiss bank secrecy. This accusation prevented her from visiting Elmer during his detention. According to Elmer, this formerly well-paid accountant and adviser lost about CHF 4 million (£5million) in wages because of his de facto professional ban. Neither the High Court of Zurich nor the Federal Court awarded him any compensation for the 220 days of false imprisonment despite his acquittal on the charge of violation Swiss bank secrecy.

On the contrary, the Federal Court is now requiring Elmer to pay 320,000 CHF (£400,000) for the costs of the investigation which Elmer is said to have inflicted on the over-burdened judicial system of Switzerland!