Best quotes of the week 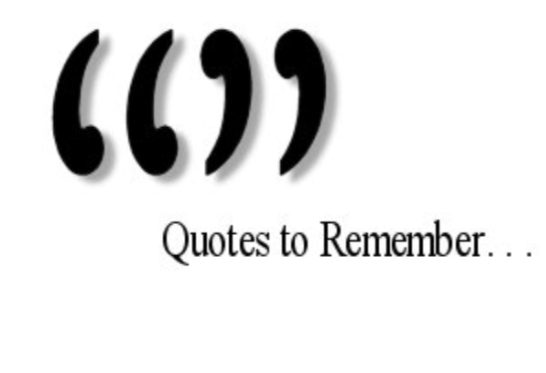 Richard Wolff, professor of economics emeritus at the University of Massachusetts said in an interview regarding Britain’s role in regime change in Venezuela and the Bank of England decision to withhold Venezuela’sla’s gold bullion.

“They are no longer playing the game they have played for the last 200 years – they can no longer claim to be the neutral place where you can safely place your money. Britain has shown it is now under the thumb of the US who is telling them what to do in Venezuela and is a demonstration to other countries that are having or may have problems with the US to get their money out – as London is no longer the safe place it once was.”

Simon Wren-Lewis, ex-government economics advisor and Emeritus Professor of Economics and Fellow of Merton College, University of Oxford said about the debate over a People’s Vote regarding Brexit:

“Davos serves as nothing but an annual reminder of how very poorly God aims avalanches.”

“Davos is a family reunion for the people who broke the modern world.”

“Although technology giants have vowed to self-regulate by taking steps towards greater transparency and better monitoring of electoral interference, it has been repeatedly shown that they are irresponsible and have no more regard for the democratic process than their fluctuating stock market value dictates they should.”

“The Conservatives expect us to pass legislation without information that they have themselves deemed necessary to produce. Trust in Government is contingent on transparency which this Government is failing to provide.”

The US Embassy in of all places, Cairo tweets … without even a hint of irony or shame!

Donald Tusk, President of the European Council after his ‘special place in hell’ comments about Brexiteer politicians also said:

‘Today, there is no political force and no effective leadership for Remain. I say this without satisfaction, but you can’t argue with the facts’.