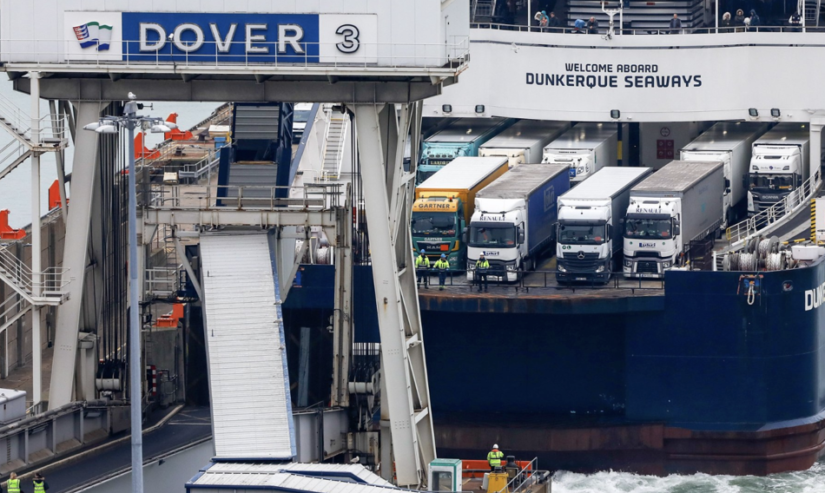 TruePublica Editor: For all of the slogans like – ‘Take back control’ and ‘Let’s get Brexit done.’ – the practicalities in the real world seem to be boring the Brexiteers. You can hear the yawns of their fatigue in having to constantly respond to concerned industry leaders, to small business, to citizens. Their indifference to these valid concerns and apathy towards the truth is just as tedious for everyone else. The consequences, of course, are serious.

As we have reported, the government is now defending itself from scrutiny by adopting a number of duck-and-dive strategies. Freedom of Information responses have plummeted, and the government is now considering ‘updating’ FoI laws. Significant concerns by journalists have been raised about how the government is to change its daily briefings. Many confirm they are now simply ‘locked out’ of interviews, briefings and news events with government ministers. Meanwhile, the Prime Minister and his cabinet are replacing reasonable requests for information with shallow social media stunts and sound bites. It is a classic smoke-and-mirrors strategy, intended to make you believe that something is being done or is true when it is not.

As has been said by many already – this government has created its own mirage of openness and accountability while hiding away from any real interrogation.

Take for instance the UK’s logistics industry. The freight & logistics sector is a vital component of the economic health of the country with the logistics industry itself worth about £100bn to the UK economy. It employs one in twelve of working people. The industry is structurally, strategically and systemically important for all businesses to survive. Even bankers need a chair to sit on, a desk to work at, coffee to drink and their rubbish removed every day.

And yet, the government has not answered any of the urgent questions put to it by the logistics industry about what will happen to Britain’s borders if there is no new trade deal with the European Union at the end of the year.

They cover what will happen to trade between the UK and EU if there is no free trade agreement in place at the end of the transition period in December, and how the protocol dealing with Northern Ireland will work in practice.

The documents were first given to government officials back in November and then formally submitted to Chancellor of the Duchy of Lancaster Michael Gove, plus ministers in the Department for Exiting the EU, before UK Parliament broke up for the Christmas break. The association also submitted them to HMRC and the Border Delivery Group.

The government has at the time of writing not answered any one of the questions, the documents suggest. Not one.

Some of the questions put to the government might seem complicated to the general public, but to the industry, this is very basic stuff and includes:

The Freight Transport Association has also asked the government to clarify what the UK’s tariff regime will be if the country leaves the transition period without a trade agreement with the EU. Other questions cover a range of border checks and how EU citizens who are temporary workers in the UK logistics industry would be affected.

Figures in the UK logistics industry fear that they will not begin to receive clarity from the government until after Prime Minister Johnson has carried out a re-shuffle of his ministers, which is expected to take place next month.

Naomi Smith, CEO of campaign group Best For Britain, told Business Insider: “For all the Boris bullishness of getting Brexit done, the reality is his government is no closer to actually resolving the long-standing logistical problems created by leaving the EU. With this level of ill-preparedness, the best thing he could do now, is to start by seeking the closest possible relationship with our EU partners.”

Business Insider has asked the UK government for comment – and yes, you guessed it – has received no response.

And there are other concerns from this important industry. The UK imports most of its natural resources from the other European countries in the trading bloc. Owing to the complex trading conditions arising from Post-Brexit situations, the market is expected to witness higher fuel prices, trade tariffs, and increased commodity & finished goods prices. But the industry has no information on any of these problems. Another key concern is that European nationals contribute around 10% of the UK’s commercial drivers. What happens if the number of drivers significantly falls? Think about your home deliveries, just in time manufacturing – in fact just about anything in your home or at work. This is the industry that with eleven months to go, has no idea what to prepare for because the government refuses to respond.