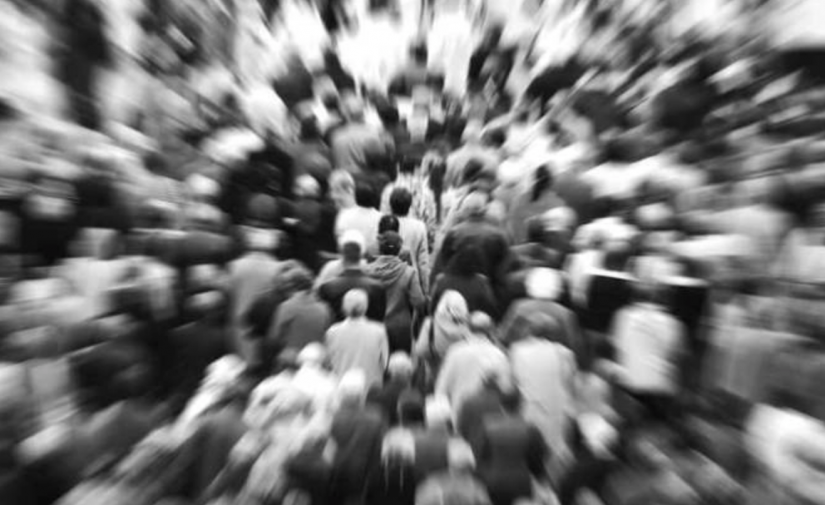 TruePublica Editor: Today is a dark day for Britain. One year ago this week, the Electoral Commission, the supposed independent body which oversees elections and political finance, found Vote Leave to have broken the law. It was only the steadfast investigative skills of a handful of journalists, alongside subsequent public outrage that eventually forced the EC to act, who reluctantly reopened the same investigation they had previously closed. The so-called watchdog of Britain’s democracy concluded that the campaign, spearheaded by Boris Johnson, had far exceeded its £7m electoral campaign spending limits. And that investigation was itself found to be merely scratching the surface of a massive scandal of dark money interests.

Today, the man who led that law-breaking campaign, that watched American billionaires fund illegal mass propaganda campaigns, using illegal military tactics – while colluding with an omniscient surveillance superpower in the guise of US tech and media giants – will accept the will of 0.4 of the population to take the reins of power at No10 Downing Street.

For the very first time in Britain’s long history, we will have a Prime Minister who was not voted for by the general public or the elected members of that party. For the first time, Britain now has a leader who is threatening to suspend parliament – to push through a policy that, according to some of Britain’s most experienced and focused economists, will cause a recession, that will see job losses, the army put on standby, the police and security services put on high alert – in anticipation of a reaction to possible food and medical supply shortages.

As the radical right-wing elements of the Conservative party take those reins – they will, as already announced, attempt to subvert parliamentary democracy.

The result of Britain deciding for itself to leave the European Union was not of any real concern other than for one camp, those who voted to remain – almost half of the voting population. That’s democracy – it isn’t always black and white – it’s a bit grey sometimes. But democracy was not at play. The vote was not won by fair play at all and the huge underhand, illegal campaign to change Britain’s global stance was changed by a foreign power. Similar forces swept Donald Trump to the heart of a new project to dismantle the world order. Boris Johnson is no innocent to all this, he has a seat at the top table of the new world disorder.

Within days, Britain will announce that it is now heading into an immediate and unstoppable crisis. As warned so many times by experts in their field – the consequences will last for years, probably decades.

Only last week, a neutral government department, the Office for Budget Responsibility announced their forecast in the event of no-deal. A significant recession.

The most optimistic guess envisions a fall in Britain’s GDP of 2 per cent, the most gloomy surpassing even that of the bank-led ‘Great Recession’ of the last decade at 9 per cent. The OECD is predicting 5.1 per cent economic contraction.

According to the London School of Economics – there is a consensus, even including proponents of ‘Leave’, that there would be a short-term negative shock to the EU economy from Brexit. What the Leavers didn’t say was that any savings from direct contributions to the EU budget would be erased if Brexit results in a GDP loss of as little as one percentage point and the public finances would be worse if the loss were greater, despite no longer paying into the EU. This is the opinion of the LSE and the Treasury as put to a government-led commission hearing.

Let’s be centrist about this and pick the halfway point of the two at 5.5 per cent. The Great Depression lasted 2 years in 1930-1 at 5.1 per cent. Every decade since 1950 there has been a recession – not one year reached 5.5 per cent. Most collective years of recessions didn’t see that much damage. The single worst recession year on post-war record was 1974 that saw the economy shrink by 2.7 per cent. You have to go back to the worst recession ever – that of 1921 that saw the economy dive by 8.1 per cent.

The damage then was catastrophic. It saw deflation by 10 per cent in 1921 then 14 per cent in 1922. The three year period was just after the first world war where Britain saw well over 20 per cent of GDP wiped off the books. I’m not saying this will happen. I’m saying, the new Conservative government could be leading the country into economic territory we have been before and the sinew of every upstanding politician should be exerted to defend the people from that misery. With Brexit we simply don’t know what will happen – it’s a gamble. And the odds are nothing like 50:50 in our favour.

This all comes at a time when most people have forgotten the Tories ideological austerity drive designed to stop the national debt from spiralling. Today, it stands at an eye-watering 1.83 trillion – on the approach to 86% of GDP. The amount it goes up by is slowing – but it is still going up. According to the ONS, this is 25.2 percentage points above the reference value of 60% set out in the Protocol on the Excessive Deficits. Interest payments on that debt amounted in 2018 to around £48 billion, which is roughly 4% of GDP or 8% of UK government tax income. And tax receipts to the government are now widely expected to fall.

Contrary to everything that Leave campaigners promised, nothing has so far come true. Trade deals are not easy like they said – they take years and years of skilled negotiation. Three years in and the trade deals signed so far add up to less than 15 per cent of the equivalent loss of the EU deal Britain currently enjoys. The much-lauded UK/US trade deal is, in reality, worth only a 0.2% increase in GDP to Britain. Brexit itself has been proved to be an unworkable ideology – that’s why we are where we are. But the economic damage, no matter how significant will take a lot less time to rehabilitate than the damage done to both Britain’s democracy and to its once globally admired tolerant society. The promised sunny uplands are nowhere to be seen. The opposite is arriving in spades though.

The currency has crashed by around 15 per cent since the Brexit result (and yes, it is good for British exporters, but not for everything we import – causing an inflationary effect). Foreign investment projects have crashed 13 per cent in just 2018 alone. Studies published in 2018 estimated that the economic costs of the Brexit vote were somewhere between 2% to 2.5% of GDP each year. A 2019 analysis found that British firms substantially increased offshoring to the European Union after the Brexit referendum, whereas European firms reduced new investments in the UK. The City of London has transferred over £1 trillion in assets out of the UK. And this is before we head off into unchartered waters.

What was sold to the public in the language of Brexit, of ‘taking back control’ of our democracy, has become an organised assault on just about every institution which used to underpin it. Nastiness and division are now becoming prevalent to Britain’s famous cool calm nature. It is this that is happening currently in Trump’s America to keep him in situ.

Boris Johnson will make his coronation speech, probably on Thursday. It will be littered with the lies of the populist and fantasist he is.

It has only just come to light that Boris Johnson was very much in favour of staying in the EU just a few months before campaigning against it. A document published by The Guardian underscored Johnson’s lifelong ambivalence to conviction politics – where he was actually seen by Tory colleagues as “ideologically as pro-European as they come.” But that wasn’t the popular route to power, so he changed strategies – but not before accepting a pact from a devil.

There is even rumour in the corridors of power that a Johnson-Farage coalition is possible if a general election is forced. Even the blue-rinse brigade of the Tory heartlands have approved it in a new poll. Can you imagine that? Steve Bannon, Donald Trump and their supporting billionaires from the USA will have their direct representatives that they paid for sitting in No10. We know for a fact that both Johnson and Farage are tutored by Steve Bannon – himself a right-wing fanatic stirring up significant trouble in Europe.

For all of Johnson’s encouraging and well-crafted words before he strides into No10, behind them is a script of darkness written by those in the shadows with transnational interests.

First, the Brexiteer led government will aim their crosshairs at political opponents. Then the language of the government will change. About 75 per cent of elected representatives in parliament voted to Remain – but any who now dare to question the legitimacy of this new government will be branded an enemy of democracy. The name-calling will escalate in a new mood encouraged by a world dominated by the isolationism and nationalism of Trump’s money men. Choices will be binary and divisive. It’s Brexit by the 31st or democracy gets it – take the US trade deal or we’ll starve – nonsense like that.

I said all along that democracy had been subverted and the evidence is there to support it. I said all along that Theresa May would be a danger to democracy and usher in something worse and that has happened. I said all along that America sees Britain as a morsel to be exploited. This is a project that has costs hundreds of millions, probably billions. We’ll never find out because dark money, off-shored laundered money and dodgy money – has funded this trajectory of national failure that places Britain in America’s exploitative lap. But it’s payback time and Johnson walking through the door at No10 is a significant victory towards that aim. The two worst Prime Ministers of modern times, David Cameron and Theresa May are about to be replaced by another.

Britain’s democracy has been bought just like the man about to lead it.