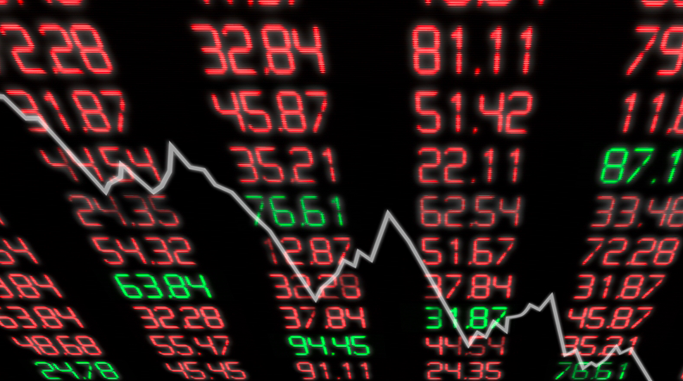 A new analysis published on the website of a London-based think-tank, funded by the world’s biggest banking and financial services institutions, warns that the US stock market is on the brink of an imminent crash that could trigger another global recession.

The document by a senior US economist and former Houblon-Norman Fellow at the Bank of England is published on the website of the Centre for the Study of Financial Innovation (CSFI), which runs around 100 roundtable events a year involving financial services insiders from the UK and beyond.

The document forecasts that in 2018, US stock prices are likely to plummet by as much as “forty to fifty percent” — compared to the less than five percent plunge in early February. The document was published weeks before the recent stock market volatility.

The warning of a forty to fifty percent drop points to the prospect of a global financial crash worse than the 2008 banking collapse.
It comes at a time when the Federal Reserve, Bank of England and other authorities are looking to tighten up their cheap money policies, as economic growth is at its highest levels since the 2008 slump.
The new analysis is an ‘open letter’ by US economist Robert Aliber, Professor Emeritus at the University of Chicago Booth School of Business, a world renowned authority in identifying the source of shocks behind over forty banking crises that have occurred since the 1970s.

The ‘open letter’, dated January 21st 2018, is published on CSFI’s website at this link: http://www.csfi.org/s/QUARTERLYJAN12018.docx, and mentioned in an announcement of a forthcoming breakfast conversation with Professor Aliber in late February.
In the event announcement, CSFI director Andrew Hilton explains that Aliber is:

“… deeply gloomy about the outlook for global markets — and recently sent us an open letter (above link) dated January 21, in which he predicted a fairly imminent decline in US stock prices of ‘forty to fifty percent’. That is even gloomier than his message five months ago — when he also told us that he had shifted his own personal holdings into cash in anticipation of a market bust. I am delighted (though apprehensive) that Bob has agreed to speak again — against a backdrop of ever-advancing Armageddon.”

Professor Aliber’s analysis is not officially endorsed by the CSFI. However, the institution clearly took his ‘open letter’ seriously enough that it saw fit to host a discussion around his forecast. He is due to speak at the CSFI on February 22nd.

CSFI’s programme coordinator, Angus Young, told me that:  “Prof Aliber is a respected economist, who kindly spoke at an event for us last year. He is visiting the UK this spring, and shared his open letter with us, on the back of which we agreed to coordinate a discussion of the argument laid out.”

CSFI’s supporters include around 80 financial services institutions including Barclays, Citigroup, City of London, HSBC, JP Morgan, the Bank of England, Bank of Italy, Bank of Japan, Lloyds Banking Group, the Financial Conduct Authority, UBS, the Swiss embassy in the UK, HM Treasury, among others.

In his ‘open letter’ Professor Robert Aliber notes that while the US and other major economies are performing on “nine cylinders” with numerous positive indicators from growth, employment, and investment, the global economy suffers from a “catalog of non-sustainable imbalances.”

He argues that the belief in a continuing global economic boom for 2018 relies on hopes that these imbalances will not unravel. They encompass, he writes, “international payments imbalances, fiscal imbalances, misalignment of the prices of securities and real estate relative to their incomes”.

He warns that in 2018 the US stock market is due for a forty to fifty percent price crash, driven by a decline in the demand for US dollar-denominated securities:

“The prospect is that the decline in the demand for US dollar securities will lead to a decline in US stock prices, much as 1986 and 1987, or as in 2000, or as in 2006/7. How far will stock prices decline? The inference from the three previous dollar cycles is forty to fifty percent.”

Aliber bases his forecast for 2018 on analyzing previous banking crises. Since the 1980s, there have been four waves of financial crisis sweeping across a total of sixty countries. Each wave of crisis has been enabled by a massive expansion of debt, which eventually becomes unsustainable. As the supply of credit (and thus debt) contracts, this creates a market ‘correction’ in the form of a recession:

“Each of these waves was preceded by a surge in cross border investment inflows and in the domestic supply of credit… Each of the banking crises since the early 1980s has resulted from a slowdown in the growth of credit, often prompted by move toward a more contractive monetary policy — a ‘correction’ of a non-sustainable imbalance. The borrowers had become dependent on the inflow of credit and could not readily adjust to the decline in supply.”

Such a decline in stock prices is a typical signifier of an incoming recession:

“The surges in stock prices in each decade have been domestic adjustments to the increase in cross border investment inflows; when these inflows slow significantly, stock prices decline. The declines in the first and second cycles were followed by modest recessions, a massive recession followed the decline at the end of the third cycle.”

One indicator that stock prices are heavily over-valued is that despite headline growth figures, productivity growth rates remain tepid, while US consumer savings are low. Unfortunately, Robert Aliber himself could not be reached for comment for this story.
Apart from anything else, the prospect of an imminent global financial crash in or shortly after 2018 demonstrates that the deep-seated structural failures behind the 2008 financial crash have never truly been resolved.

Moreover, if Aliber’s analysis is correct, it is less a matter of ‘if’, as opposed to ‘when.’

Dr. Nafeez Ahmed is the founding editor of INSURGE intelligence. Nafeez is a 16-year investigative journalist, formerly of The Guardian where he reported on the geopolitics of social, economic and environmental crises. Nafeez reports on ‘global system change’ for VICE’s Motherboard, and on regional geopolitics for Middle East Eye.