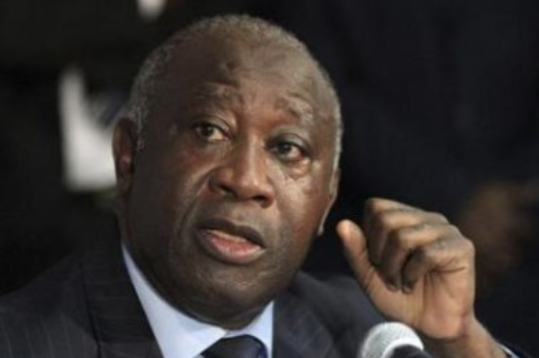 I am delighted by the acquittal of Laurent Gbagbo at the International Criminal Court. As I explained at the time in a series of articles, Gbagbo was ousted as President of Ivory Coast by a corrupt election and an armed insurgency, both funded by Western oil interests, chiefly but not solely by Trafigura plc.

Gbagbo was guilty in western eyes of failing to do what left wing African leaders are supposed to do, allow himself to be quickly butchered and his supporters massacred. So Gbagbo ended up at the International Criminal Court as a war criminal, while Big Oil’s puppet, Alassane Ouattara, is now comfortably ensconced in the Presidential Palace of Ivory Coast, and getting very rich indeed.

So the acquittal of Gbagbo today – which comes as something of a shock – represents a very important coming of age for the Hague. I have always, as an internationalist, supported the International Criminal Court, but its failure to be pro-active in prosecuting Tony Blair on the Nuremburg aggressive war precedent, and its serial record of convicting only the Western powers’ designated enemies, made it very difficult to defend.

The media, insofar as they have noticed the Gbagbo acquittal, portray it as a failure and an embarrassment for the court, as though the role of a court is simply to declare guilty and bang up everyone before it. In fact this may be the occasion on which the ICC finally came of age and discovered a nodding acquaintance with the concept of justice.

The number of foreign correspondents employed by British newspapers has fallen by over 90% in 20 years. One purpose of this blog is to supply information on countries and situations which I know personally, to which the MSM simply do not pay attention. It is worth noting that this blog has been campaigning against Chinese persecution of the Uighurs for 12 years before it became the latest fashionable cause or pretext for neo-cons to pretend concern about. Indeed when I started writing about the Uighurs in 2005, I am willing to bet not one of the MSM so-called journalists who have recently churned out copy and paste articles on the subject, had ever heard of them. In a fortnight’s time I am heading for other areas where the FCO travel advice strongly advises British citizens not to venture.

Remember tonight, there is a world beyond the Brexit debate and the crass and sordid mess of Westminster politics.

Is the ‘People’s Vote’ Tony Blair’s trojan horse back into mainstream Politics?