Cruel Brittania – The Road To Ruin 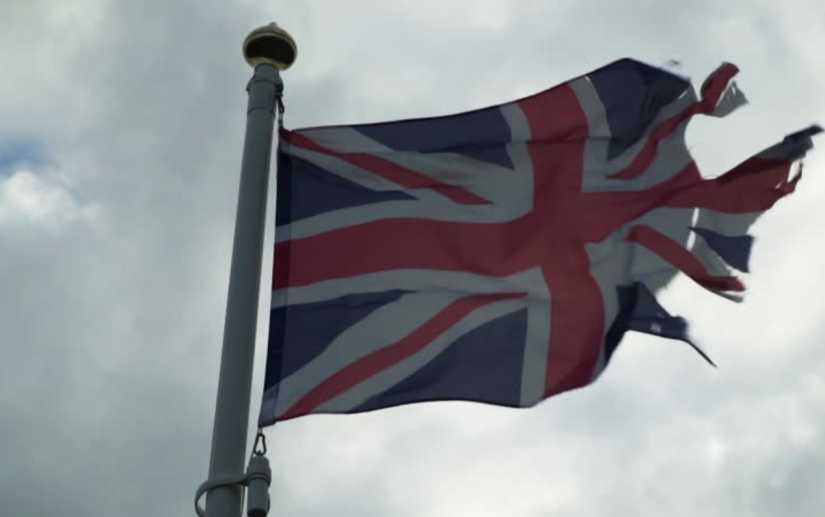 By Graham Vanbergen: Britain is, as I have said so many times now, circling the plughole. It’s becoming so … American isn’t it. Corrupt self-serving politicians in bed with bankers and hedge funds are driving the country towards the abyss. And all the indicators for a fully functioning democracy and the society its serves continues to decline. Today, it’s all have’s and have not’s and life has become, well, rather tribal.

Politicians have almost abandoned any notion of what they were employed to do, inasmuch that it is primarily the first responsibility of government in a democratic society to protect and safeguard the lives of its citizens. This point cannot be stressed enough. That is where the public interest lies. It is essential to the preservation of our democracy. Furthermore, it is the duty of everyone in society to do all it can to respect and uphold that principle. So, how on earth then did Britain get to be so cruel to its own citizens.

The crisis of daily life for so many is now a crisis for us all – it represents failure and the country is failing everywhere you care to look.

For instance, the number of adults and children treated in NHS hospitals for diseases associated with hunger and malnutrition has almost trebled in the last decade. Figures released, (and by released, I mean slipped under the radar of the media by being released late Friday night before a bank holiday) reveal that the number of malnutrition cases treated by the NHS increased from 2,893 in 2009 to reach a staggering 8,537 cases in 2018. One awful result of this is that recently, it was reported that one of these starvation diseases on the rise in Britain is Kwashiorkor, which is typically only seen in the worlds poorest countries and can be fatal if not treated quickly enough. Images from the late 20th century are burned into our memories of young African children with distended stomachs surrounded in famine conditions and flies. And yet, Britain now has a few hundred of these cases, so bad is the overall malnutrition problem.

This may not seem like a large number. But we are talking about something we used to raise money for in the 1970s, like for Biafra. It wasn’t so many years ago that the British government pushed hard to raise $100 million to help 20 million lives at threat of starvation in just one region. Today, foreign aid is mired in stories of corruption and money being dished out with strings attached.

Markers of a state that is failing

Then there is the crisis of homelessness, that gets worse the more you look at it. Homelessness has always been seen as a marker of a failing state, which is why most governments work hard to eradicate it. It’s the end of a long line of problems relating to education, employment, wages, the cost of living and social support – to name a few.  An increase of 165 per cent of rough sleepers since 2010 now means that a homeless person dies on the streets of Britain every 19 hours. If that is bad, it’s worse when we find out that 130,000 families are living in poverty in one-bed flats, that another 125,000 children are now classed as homeless and 375,000 are living in homes with the threat of immediate eviction. But all of that is not as bad as learning that British children are now being forced to living in converted shipping containers. Yes, children in shipping containers with little defence against even the most basic of requirements of life – keeping warm. Whenever, did you think you would ever read such a perversion of social justice as that?

Youth unemployment was another marker of failure and when the coalition government turned up in Downing street in 2010, they were full of promises and vowed to tackle it straight away. Nine years later, the government hides this problem by simply not counting it.

In May last year, it was found that almost half a million young people were at risk of “a life of unemployment and poverty” after being left without any state help to survive and find work. They were now classed as the “hidden jobless” who conveniently fell off government statistics. The research found that 480,000 16- to 24-year-olds were, and still are, missing out on benefits, advice and help as well as being left of official numbers. Given that official government statistics as at last week of youth unemployment is recorded at 502,000 this unofficial number of jobless youths nearly doubles the numbers.

Many of these youngsters are not feckless wasters, as a good proportion have decent qualifications and went onto further education. But the problem was that they refused to go to job centres because they – “feared being treated badly” – due to the serious threat of sanctions – while others lacked the necessary documents. So the state had a solution – drop them off official records and let them defend for themselves. Many then head straight towards a life of severe poverty, which then leads to the desperation of drugs and/or crime. What a stupid waste of unknown and untapped talent.

Like the fable from the Middle Ages – the Pied Piper of Hamelin, (a rat-catcher hired by the town who refused to pay for his services, he retaliates by using his instrument’s magical power on their children, leading them away as he had the rats) – Britain is leading many of its young to a life of darkness out of view.

I won’t go into Universal Credit – that is a subject that requires considerable column inches just to cover the death and despair it has generated. Without doubt, UC is the most vindictive, spiteful policy ever conceived in what is little more than a politically driven retaliatory response – created by psychopaths. So bad, even the United Nations has condemned it.

Abandoning our elderly is another failure. Just last week, UK pensioners were widely reported to be ‘suffering the worst poverty rate in Western Europe.’ That report stated the proportion of elderly people living in severe poverty in the UK is five times what it was in 1986 – the largest increase among western European countries. And so what was the government response?

A report was published by the so-called ‘Centre for Social Justice‘ (which played important roles in the design and development of Universal Credit and is chaired by the former Work and Pensions Secretary, Iain Duncan Smith MP) to change the narrative. This inappropriately named right-wing think tank propagates the thought that the UK can no longer afford the current plan to raise the pension age to 67 (in 2028) then 68 (by 2046), and therefore, has stated that it must be speeded up to 75 over the next 16 years. As a policy idea, it has been described as ‘class warfare.‘

Clearly, the plan here is two-fold. The first is to save the government money because pension liabilities are not saved up, they come from tax revenue – revenues likely to fall in a post- Brexit Britain. The second is that the people most likely to be affected are the poorest in society – fair game for right-wing fundamentalists.

Whilst, on the subject of right-wing nationalists, another social grenade with the pin pulled by the likes of Farage, Johnson and Co is the rise of white nationalism – or as some like to mistakenly call it ‘Britain’s exceptionalism’ (which is a different failure). The tiniest spark and Britain’s cities could go up in the bi-coloured flames of white versus black. Black people in Britain have many genuine grievances. Windrush is just one example of many and they will no doubt air them – but white supremacism/nationalism is a cancer that needs swift surgical targeting. It’s how Hitler convinced a nation to kill millions.

Then there is the related issue of social care – that experts are calling a “national scandal” with services in parts of the country near collapse. Millions of vulnerable people are deprived of the care and support they need as a result. Another response by government has been to deliberately stall on the publication of a ‘green paper’ (on social care) originally expected in 2016. The paper is a cross-government exercise and needs buy-in from Downing Street and the Treasury. That paper is not expected any time soon. What we do know is that “social care is on the brink of collapse” and that 1.4 million older people in need in England now receive no help at all.

Britain is nothing like what it was even forty years ago. The very serious question that Britain could become a failed state has only emerged because it is failing in its primary duty – to protect and safeguard the lives of its citizens. And on the current trajectory – it is only going to get worse.

Perhaps, as some economists and experts say, Brexit is actually the result of identity politics that thrust a wedge through civil society – itself nothing more than a bogus response to crisis-hit Britain. In reality, the public has been fooled to walk down one path – alienation on the one hand or animosity on the other – far from the tolerant, polite, friendly, law-abiding country Britain once was. Political figures set a bad example. They are becoming lawless, they are publicly intolerant, many are just plain rude and do not deserve a privileged place in public life care of the taxpayer.

Surely what we really want is a system where people, on the basis of talent, effort, and achievement, rather than wealth or social class, get to rise to positions of power in areas from education to policing, from corporations to politics. What Brexit massively fails on is that it is an ideology the opposite of what might be called a meritocracy.  It will deliver the opposite to anything remotely looking like a concept of fair and just relations between the individual and society. It will be more divisive, create more inequality and make society more ruthless.

No matter what your political persuasion, do you think that our country is best served by reducing the life chances of the young, kicking those that trip over on the way and then neglecting the elderly that contributed a life that helped to maintain the nation?

This spiral around the plughole is the route we have chosen where our sense of fair play is submerging just as democracy drowns. Perhaps Brexit is what we deserve.

Graham Vanbergen is the Editor of TruePublica, a columnist for The European Financial Review and author of Brexit – A Corporate Coup D’Etat