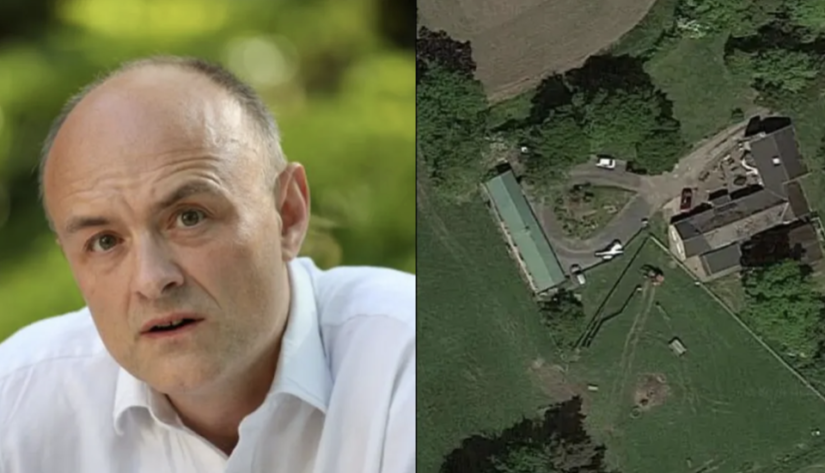 TruePublica Editor: Dominic Cummimgs – the highly controversial Special Advisor to the Prime Minister, made it clear that he had stayed at a “spare cottage” at his father’s farm when he addressed allegations that he had broken lockdown restrictions in April. The subsequent ‘Rose Garden’ interview turned into a media fiasco and demonstrated not just how much the general public dislike the man – but also how many members of the Conservative party do as well, within sixty publicly stating he should resign.

The PM has stuck with Cummings, deciding it’s better to throw scientists and experts under a bus rather than an unelected advisor who is accredited as the architect of the most divisive political campaign in over seven decades. As the political storm raged, investigators got their teeth into the ‘Rose Garden’ speech and literally tore his account to pieces. Subsequently, nearly 60 per cent of the public think Cimmings is not telling the truth.

Yesterday, Boris Johnson stated that he has given Dominic Cummings a ‘last chance’ warning and told him to stay out of the public eye after his 260-mile lockdown trip to Durham. If that was his last chance, then the next story should finish him off.

Not yet in the mainstream media is that the cottage in Durham in question is not registered for Council Tax, nor has planning permission been sought for the cottage from Durham County Council. In other words, the owner of that property is possibly breaking the law and then knowingly defrauding the local authority. The implications of this story – if true – are surely that Cummings is not just an unfit person to be anywhere near No10 Downing Street but that he has now dragged his own family into possible legal action.

Black Isle media has disclosed that in their opinion, the property that is owned by Cummings father – in fact, jointly owned with Dominic Cummings. That being the case, the ‘spare cottage’ could be considered a second home and as we all know, trips to a second home were expressly excluded as per government guidelines in combatting the Covid crisis.

Then, title deeds to the property and planning permissions were sought for the farm estate. Full documentation is provided. Black Isle Media reports that:

What is most important in this instance, is the Land Registry having a stipulation that “ANY structure” requires written permission prior to construction from the UK Coal Authority (UKCA). I contacted the UKCA earlier in the week and can confirm that no permission has been sought for a structure in the area the green roofed building exists.

I then took to Durham County Council’s very easy to use Planning Portal. Searching the postcode, again only the single property showed up. Looking through the planning applications, there is no mention of an outbuilding or cottage.

It gets worse and it appears that not only does the cottage not have planning consent but that it is situated in a conservation zone.

Black Isle Media reports that they have spoken to an official from a Council Planning Department in England who states that; it is possible, if not likely, that planning permission would have been rejected, and gave their reasons.

Furthermore, it is unlikely that the cottage has permission, as if it did, the local authority would be well aware of it and Council Tax would be being levied against the property. The cottage is on no database that I can find, only the main property, which itself is considerably larger than it was in 1983 can be found.

If the story is true there are several issues that come to mind here. Leaving aside the ethical/moral matter – the main property would have increased in value had planning permission for the ‘spare cottage’ been granted and therefore its council tax banding may have increased. If not, the ‘spare cottage’ would have been separately valued for council tax. Either way, if the ‘spare cottage’ is designed as a property for human habitation and has the necessary facilities it is either in breach of planning laws or not paid council tax in the years the property has existed or both. That is something the local authority needs to investigate and if found to be the case – prosecute the property owners as they would any other member of the public.

Then there is the ethical/moral issue and it needs no further explanation from here – but the instant response from the general public would be – it’s one rule for them and another for us – the very accusations laid at Boris Johnson’s feet for supporting Dominic Cummings to the hilt.