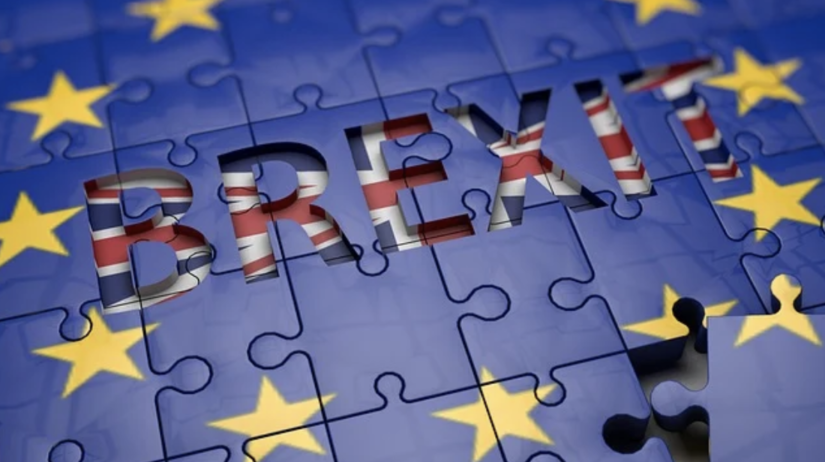 By TruePublica: The coronavirus crisis has completely saturated the mainstream media headlines, columns and editorials in recent weeks and this is quite understandable given the circumstances we find ourselves in. But in the background, when our collective gaze is focused on the inspirational stories of heroism and terrible personal loss there are those that would take a crisis and look opportunistically to further their own agendas. The story of Jacob Rees-Mogg profiteering from the COVID-19 tells us something else. He would profit from any disaster no matter how it is presented. After his ’50-year’ comments, there’s no doubt now that JRM believes in Brexit because of the profits that can be made of its disaster to the country. We should not allow our country, currently engulfed an extraordinary crisis to be pushed into a catastrophe just so some can enrich themselves at our collective cost.

If ever there was a sign that this government is hell-bent on a hard Brexit then here is a good one. In the current Brexit negotiations (that are now not being held face-to-face or by video-conferencing due to security concerns), the UK does not want to recognise the EU’s speciality trademarks, like Champagne or Parmesan. This is an American thing. The British have never argued against speciality trademarks because it has so many of its own such as Stilton cheese, Melton Mowbray pies, Cornish clotted cream, Scottish salmon, Gloucestershire cider, Irish whiskey, Plymouth gin and so on. The American’s make all sorts of things and name them what they like to give the impression they come from somewhere else. In one very small example, soft fruit such as strawberries are often sold in more deregulated countries (with no country of origin labeling) as being French. Images of a farm with French flags and words such as ‘Ferme des Fraises’ does not say – farmed in California where wastewater is recycled to plump em up and are GMO. America even wants GMO’s to be allowed in organic foods. A mark of good trade is trademarks, especially speciality ones and they should be protected, just as much as county of origin and proper labelling so we, as consumers, know what we are buying.

MEPs quite rightly have urged the UK to delay the Brexit talks deadline beyond 31 December, as did the Scottish National Party – but the government insisted it was sticking to its timetable, even though no progress has been made since the start of the pandemic. ‘This is not just a diplomatic inconvenience; it is a big additional source of anxiety for businesses at what is already a pulverising time,’ wrote the FT.

British businesses are in no position to prepare for Brexit – they are currently working on survival plans and what happens when the lockdown comes to an end. The last thing an embattled and war-weary balance sheet needs right now is a huge regulatory change involving yet more wasted cash and effort. Whilst being a member f the EU entails paying unpopular payments into the EU budget – it would seem sane to wait until, say for example, six months after the pandemic has been declared over by the six biggest economies in the EU. This would give time to start the recovery and time for a new regulatory regime of trade to be worked out.

One thing the pandemic has demonstrated is that the shortage of farm-workers to harvest seasonal crops means Britain may be forced to fly in chartered planeloads of farm-workers from central Europe, or watch crops rot in the fields. Alternatively, the recently unemployed may be pressed into service. The LSE’s Pat McGovern said: ‘Workers who have been laid off and students will be among those targeted as … travel restrictions mean only 10 per cent of the usual eastern European workforce will be available.’ No mention of ‘unskilled’, strangely!

Right now, all manner of things that were tearing us apart now seem so deliberately tribalistic and self-centred. The pandemic has also exposed not just the weaknesses of populism but just how incompetent their entire administrations that they surround themselves with.

As Rafael Behr says at The Guardian the – Brexiteers’ war on imaginary threats now looks parochial and self-indulgent – history may judge them harshly.

But beware its replacement, authoritarianism is something that TruePublica has been warnings about for years and as Daphne Halikiopoulou, Reading University Associate Professor in Comparative Politics also warns:

A very fine line divides a strong paternalistic, but effective, state that protects its citizens, from an authoritarian one that curtails their freedoms. People are willing to trade-off their liberties for collective security, but for how long?

In the meantime, the Home Office, run by (the currently very silent and low lying) Priti Patel is using the pandemic to further its agenda. As Georg von Harrach, EU reporter for C4 says, the “Home Office is scaling back EU ‘Settled Status’ support. Telephone helpline is suspended, ID documents can no longer be sent by post and some offices around the country to help vulnerable people with applications have closed. Harrach mentions that resources are stretched, which is a fair point –  but that didn’t stop the government asking for hundreds of thousands of volunteers or retired medics to put themselves at risk in the collective effort to sort this crisis out.

This crisis tests how we deal with our vulnerable and subsequently retained not just our humanity but our liberal democratic values. When the crisis is declared over the task to rebuild begins and we should take this moment to learn from its messages. We just had an emergency situation that exposed systemic weaknesses in our government and how capitalism really works, which between them have threatened the stability of the very societies we live in. Fortunately, it appears that community spirit has had a moment of resurgence – long may that continue.

Strangely enough, this pandemic has thrown a spanner in the division that politicians and the media on the right used to achieve their goals. They will use Brexit to divide us all again if we allow it.