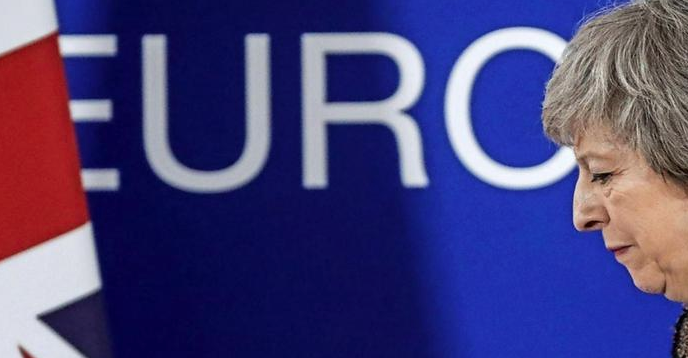 By TruePublica editor: Many of the national newspapers have recently reported that Theresa May’s Brexit deal will come at a substantial cost to the economy. The Guardian reported, as many others did a few days ago that – “Theresa May’s Brexit deal is expected to cost the UK economy as much as £100bn over the next decade compared with remaining in the EU, according to one of the country’s leading economic thinktanks.” But this is not actually true.

The Guardian said – “An analysis of the prime minister’s EU withdrawal agreement from the National Institute of Economic and Social Research  (NIESR) suggested that by 2030, Britain would lose GDP growth equivalent to the annual economic output of Wales.”

The actual statement put out by the NIESR was – “Our assessment is that trade with the EU, especially in services, will be more costly after Brexit. This is likely to have an adverse effect on living standards in the UK. Our central estimate is that if the government’s proposed Brexit deal is implemented, then GDP in the longer term will be around 4 per cent lower than it would have been had the UK stayed in the EU. This is roughly equivalent to losing the annual output of Wales or the output of the financial services industry in London. This is equivalent to a loss of 3 per cent in GDP per head, worth around £1,000 per annum on average to people in the UK.”

Neither of these statements is absolutely clear due to their ambiguous choice of wording.

I was contacted by an eagle-eyed reader who, after providing some evidence, thought these numbers were misrepresented. To be fair, I was doubtful but contacted the NIESR myself and after some clarification, it dawned on me that the reader was indeed correct. This was in fact, a sickening moment as the consequences of this reality are more than just a bit serious.

Arno Hantzsche, co-author of the original NIESR report, stated in a tweet to the reader:

I then challenged the second co-author Amit Kara, who said:

“There is no contradiction. The cumulative loss over 12 years is £770bn. If you had asked Arno what was the loss in the 12th year, he would have said to you £100bn.“

It should be noted that the NIESR report and other media reports quoting these misleading figures of £100bn over a decade only takes account of Theresa May’s current Brexit deal. It does not make any calculations or assumptions for a no-deal or disorderly Brexit.

Having determined that the actual loss to the economy over the 10 year period 2020-2030 is £770 billion (plus £30 billion in 2019) it is worth making comparisons to figures that are known as facts.

Counting the cost of a decade after the financial crisis

The Institute of Fiscal Studies report in September this year stated that the financial crisis that broke out in 2008 was then followed by the deepest recession experienced in the UK since the Second World War. Its lingering effects continue to blight Britain through austerity measures to this day.

In referring to this ongoing recession the IFS said:

“We had got used to the economy, and with it the public finances and household incomes bouncing back strongly following previous downturns. That has not happened this time.”

But the stark reality from the IFS makes clear the cost of saving the banks in 2008.

“GDP (national income) is just 11% higher today than it was at its pre crisis peak in 2007–08. As a result the economy is 16%, or £300 billion, smaller than it would have been had it followed the pre-crisis trend. GDP per capita is now £5,900 per person lower than it might have been had pre crisis trends continued.”

From this, we can make some comparisons. The financial crisis caused the most painful, longest recession since not just the Second World War as is often muted but was actually the worst since the 1930’s Great Depression. The expected losses under Theresa May’s Brexit deal is more than double that. Britain is in for seriously tough economic times between 2020 and 2030. In fact, on those numbers, Britain is heading for an economic depression.

What makes matters worse is that Britain is still recovering from the 2008 crisis and there are no economic indicators to say that tax receipts are high enough to end the governments’ austerity programme (and/or reduce the national debt). Add then, the effects of Theresa May’s orderly Brexit due in just three months time and the current austerity measures will need to be intensified for years to come – at the very least until 2030.

One of the effects of austerity is clearly seen in the overall health of the population. According to recently published figures from the Office for National Statistics, Britain’s improvement in life expectancy has slowed at the fastest rate of any leading industrialised nation. That is except for the free-market mainstay of global health corruption that is the United States. It is ony since 2011 that the rate of life expectancy improvements for men has collapsed by over three-quarters; for women, it is worse at 91%. For decades, life expectancy steadily rose in Britain: and then, suddenly, just as the Tories took power and imposed an austerity ideology to save their friends in the city of London, this improvement peaked and then fell.

The British Medical Journal also wrote about the effects of austerity last year. It found that 120,000 extra deaths since 2010 were caused by it. That is 9 times greater than road fatalities in Britain over the same period. These extra austerity-related deaths and reductions in life-expectancy have been attributed to one thing and one thing only – the NHS has suffered the longest squeeze in its funding as a share of the economy since it was founded after the war.

Some other effects of austerity are just as awful. More than 14 million people, including 4.5 million children, are living below the breadline, with more than half trapped in poverty. That’s one million more children in poverty than in 2010. It also represents exactly one third (33%) all children in the UK. A full 12% of the total UK population is in “persistent” poverty, meaning that they have spent all or most of the last four years in poverty.

To put food on the table British households spent around £900 more on average than they received in income during 2017, pushing their finances into deficit for the first time since the credit boom of the 1980s. The financial crisis over the last ten years is the cause of the loss of purchasing power and less money in average household incomes.

In the same ten-year period there has been a dramatic rise in the effects of the housing crisis, health crisis, care crisis and others. For instance, homelessness has increased to such a point that over 500 people have died from it just last year. Some locals councils are speculatively gambling huge sums of money on the property market in an attempt to plug government-imposed funding gaps. Others are already technically insolvent.

How is Britain prepared for an economic depression that would be substantially greater than the longest recession experienced in a hundred years?

The answer – it isn’t. The national debt will likely be pushed to well over 100 per cent of GDP. This is because of the dual effect of higher borrowing to combat lower revenue. Currently, the national debt is about £1.8 trillion or about 85 per cent of total GDP. The interest charges being paid on this amount alone sits at around £48 billion. That is more than half the total education budget of the United Kingdom and 35 per cent higher than Britain’s entire defence spending budget in 2019. And interest rates are rising for the first time in over 20 years.

Remember, this outlook provided by the National Institute of Economic and Social Research is actually a best case scenario because it only takes account of the Brexit deal that Theresa May is proposing and, as you’ve probably read already today thousands of soldiers, sailors and aircrew have just been put on standby to tackle the chaos of a possible no-deal Brexit. No-ones knows what that might look like but the government will soon be making announcements about the Civil Contingencies Act as the threat of civil disturbances will rise exponentially if a disorderly break from the EU goes ahead.

Either way, Britain is in very, very serious trouble.