EXPOSED: The No 10 Propaganda Machine And The Collusion Of The Mainstream Media 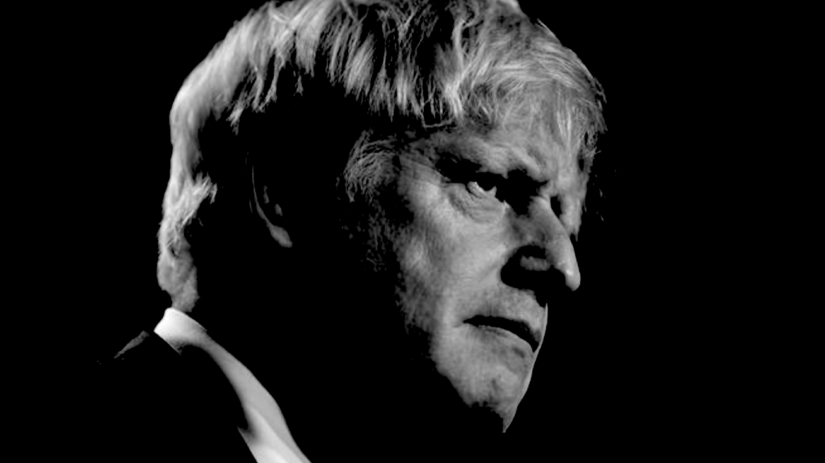 TruePublica Editor: TruePublica was founded in 2015 as a direct result of the misinformation, disinformation and propaganda campaign spewed by the machinations of David Cameron’s electoral campaigns. I felt at the time that his rather desperate administration, in particular, would do serious long-term damage to the UK. There was a trajectory started in 2010, amplified by appalling (EU related referendum) government authorised messages that I thought would end in tears. And it was the shape of a malicious media machine and the donations of aggressive hedge-funds, bankers and corporate lobbyists that No10 relied upon to get what it wanted that troubled me. For me, the writing was on the wall. But that writing was not on the front-pages of the printed press and truth was evidently lacking at the broadcast media. Unfortunately, we are where are as a result.

Then, out of the blue, up pops an exposé by someone in the know, brave enough to say something. Usually, they are whistleblowers and perhaps in this case that is exactly what he is.

Peter Oborne, former chief political commentator at The Telegraph, Express, The Spectator, Channel4 and current columnist for The Daily Mail has just written a penetrating piece about the No10 propaganda machine and the collusion of the mainstream media. His opening sentence reads – “It’s chilling. From the Mail, The Times to the BBC and ITN, everyone is peddling Downing Street’s lies and smears. They’re turning their readers into dupes.”

The article exposes the inner workings of the No10 disinformation department in its 24-hour news battle to keep control of the narrative surrounding Brexit. Oborne skewers the likes of Daily Express, The Mail, Sun, Times and the alt-right news site Breitbart with their use of so-called ‘government sources.’ The BBC and their misinformation mouthpieces Nick Robinson and Laura Kuenssberg are nailed as well. Oborne debunks a very important Sunday Mail article accusing MPs of colluding with ‘foreign entities’ when none existed. It was pure fabrication – just lies issued by anonymous ‘sources’ at No10. The Mail needs reporting to IPSO – not that they would do anything today – its chair is a former Tory minister!

Oborne confirms what we at TruePublica have been saying for some time now – that the MSM are colluding by quoting from unknown Downing Street sources and using it all as click-baiting fodder as a means to their own ends. The volcanic heart of Oborne’s report centres around Brexit of course, and he does not mince his words:

“With the prime minister’s evident encouragement these Downing Street or government sources have been spreading lies, misrepresentations, smears and falsehoods around Fleet Street and across the major TV channels. Political editors lap it all up.”

The Sunday Times is impaled in Oborne’s exposé that defrocks them as a balanced voice in the Brexit battleground. This time over Amber Rudd’s September resignation where unnamed government sources seek to create illusions around the attorney general’s legal advice on the prorogation of Parliament.  This event alone was one of Britain’s greatest constitutional challenges and to have our government actively lie, deceive and distort allied with the media is not just synonymous of the Johnson/Cummings regime – it is its very hallmark. Oborne explains:

“This modus operandi, which allow pro-government narratives to enter the public domain unmediated by proper interrogation, has become routine among political reporters since Johnson and his Vote Leave media team entered Downing Street.”

Operation Yellowhammer was another cause of great consternation for the government and all sorts of accusations were flying around. It is of no surprise that Michael Gove is accused of lying over this or perhaps that Tory party chairman James Cleverly was as well.  But the government pointed the finger of leaking at former Tory chancellor Philip Hammond and threw him under a media-frenzied bus.  But as Oborne rightly says:

“The sorry story of the smearing of Philip Hammond is another example of how Boris Johnson’s media operation operates through deceit. How it relies on a compliant media to cooperate with that deceit – even when it knows the allegations are false. There is an implicit deal. In return for access and information (much of it false) the political media spins a pro-government narrative.

This means that Johnson’s Downing Street can malign political opponents, lie about them and get away with it. But it can do this only because political journalists and editors allow it to.”

Up for a little light-touch scrutiny is the BBC’s Laura Kuenssberg and ITV’s Robert Peston – both who are accused by Oborne of being manipulated by Downing Street simply to broadcast exclusive’s. “This has become a signature technique of the Johnson media machine. Officially no comment. Meanwhile, it makes its views known to friendly political editors, who push them without much inspection or analysis out into the public domain”.

This Downing Street mechanism of lying to the public via its compliant proxies allows it to get its message out without having to take responsibility for what it is saying. It’s the same with all propaganda, their messaging stands up to no real analysis or even basic questioning. The simple query of asking why are they doing it in the first place should provide some instant answers.

“The British media are not just failing to hold Johnson to account. They are not even trying. They are behaving as cheerleaders to the government. They are allowing the prime minister to get away with lies and dishonesty which they would never have permitted to his predecessor, Theresa May, let alone Jeremy Corbyn.” This analysis by Oborne is refreshing is it not?

Andrew Marr and the editor of The Spectator come into Oborne’s crosshairs – again both are accused of deliberately not holding the feet of the government to the fire simply to get access or generate exclusive’s.

Oborne says nothing surprising at all when he says – “I’ve found it hard to get this article in print. One editor explained reluctance to publish on the grounds that the newspaper’s political team had cultivated excellent insider sources and publishing my piece would invite charges of hypocrisy.”

We should all be aware that media organisations yearn for their privileged access and favourable treatment, which has meant a sort of price to pay on the one hand with consequences on the other. The problem is the consequences have led to a complete collapse of belief in mainstream media sources in Britain.

To all intents and purposes, Oborne really only confirms that the MSM in Britain is a subsidiary cog in a government media machine that by design distorts our world view. It means, as Oborne rightly says – turning their readers and viewers into dupes. “This client journalism allows Downing Street to frame the story as it wants. Some allow themselves to be used as tools to smear the government’s opponents. They say goodbye to the truth.”

Today, Britain can boast of having the most right-wing press in Europe which has been encouraged even more so by a government since the arrival of David Cameron in 2010. For nine years now, the British public have been immersed in a fabric of propaganda that centres around the heart of government messaging. It has sought to drown out sensible and measured counter debate – accused experts and professionals of falsifying statistics and maligned its opponents with accusations of being treachrous to the national interest. All the while they used a compliant media to stoke nationalist and racist sentiment.

However, this kind of unwritten deal between the government and the MSM has gained a new dimension since Boris Johnson and his techno-henchman Dominic Cummings entered Downing Street.

Oborne ends with the words:

“There is now clear evidence that the prime minister has debauched Downing Street by using the power of his office to spread propaganda and fake news. British political journalists have got chillingly close to providing the same service to Boris Johnson that Fox News delivers for Donald Trump.”

On the same day and in response to Oborne’s incisive post-mortem of Britain’s hollowed out and compliant media – ITV’s Robert Peston tries desperately to defend himself. In reality, all he does is confirm that he is indeed very much a part of the public malaise and suspicion of the MSM when he says – “it is timely to have a debate on whether much more of government should go on the record, to reduce possible ambiguity about the provenance and weight of semi-anonymous briefings.

The reality of Oborne’s article is of course really about one thing. Brexit is an ideology cooked up by the Conservative party – mainly to save their political skins from another decade of banishment as a result of a disastrous bank-led collapse that led to the crisis of austerity. The result is that the economic truths of the consequences of Brexit are buried in government lies and propaganda. After all, if Brexit was so great why are all the lies needed in the first place.