Government overreach steps up a gear 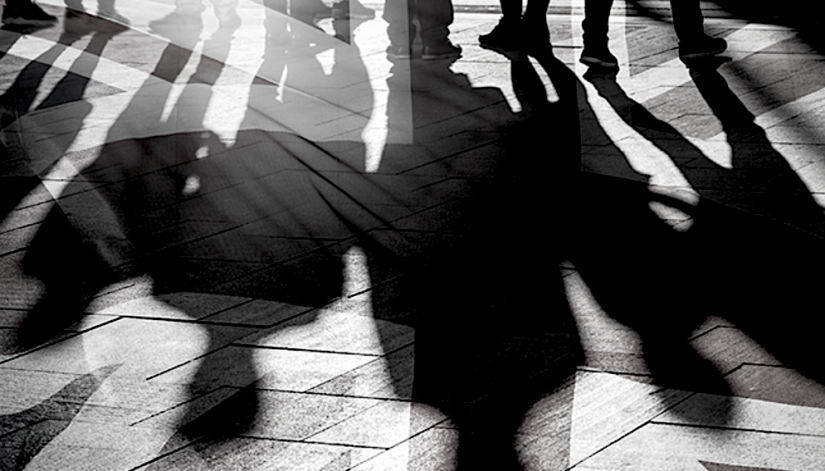 Nearly a year ago, TruePublica warned that government overreach was very much part of the political agenda of Boris Johnson’s administration with the March 23rd passing of the Coronavirus Act 2020. That Act was passed without either scrutiny or a vote. At the time we wrote – “The (Coronavirus) Act empowers police, immigration officers and public health officials to demand documentation; detain and isolate members of the public potentially indefinitely, including children; and forcibly take biological samples for testing. It permits the prohibition of public events and gatherings without standard protections for strikes and industrial action that exist in the Civil Contingencies Act 2004. And it weakens safeguards on the exercise of mass surveillance powers by quadrupling time review limits for urgent warrants.”

These measures are understood by most people to be required in the face of the extraordinary circumstances of a global pandemic.

However, the government now has the most draconian powers at its fingertips. At the time an amendment was tabled to limit its powers to one year, which was quashed. The act has a two-year time limit that may be shortened or lengthened by six months at ministerial discretion.

Across the political divide from left to right – anger is rising in a nation torn by the pandemic, by Brexit, by binary style politics that is the culture war.

But just as this Bill was set to be swept through by Johnson’s huge majority, the Sarah Everade vigil dramatically exploded in the face of the police and the government.

Political commentators open up. On the left, Richard Murphy from Tax Research comments – “The image of male police fighting women whose simple wish is to be safe on the streets is not one that is going to be easy to erase from the memory.” In the centre, Jim Pikard of the FT says about police tactics – “can’t believe this is happening: crass, insensitive, disproportionate, outrageous” and the Daily Mail’s Dan Hodges opines – “The leadership of the Met Police have lost their minds.”

As the hours go by, the intensity of public and media reaction to what has happened is only increasing and neither the government nor the police are looking to back down. Very quickly, and with some irony, it is two women at the centre of the storm – Priti Patel, the Home Secretary and Cressida Dick, the Commissioner of the Metropolitan Police Service in London.

Today, another acid test of this government arrives with the Police, Crime, Sentencing and Courts Bill 2021. Boris Johnson claims to be a lover of freedom and leader of a government in a country of freedom-loving people. But the Bill that is being rushed through is little more than to deny people the right to peaceful protest. If that Bill proceeds to an Act of law – as we have been warning since 2015 – democracy in Britain will be an illusion. The Sarah Everade vigil will then be seen as a historical moment as it connects women’s right’s, the right to protest, police and political overreach – all in one moment.

Most people are not aware that the current Coronavirus Act has truly invasive provisions such as – “The Act also gives HMRC unprecedented new powers giving access to individuals’ or company bank accounts and includes being able to seize funds at will. It has also been given powers described as ‘functions’ – which means it can do anything with ‘connected purposes’ whilst providing no clarity on what ‘functions’ relate to.”

TruePublica has consistently warned of a political trajectory which can be seen in previous Acts of Parliament by this government. In an article of 2015 and republished in 2018 we wrote – “Britain has dramatically moved forward with its intentions to become the Western world’s foremost surveillance state” (LINK)   as it moves from democracy to authoritarian state in a pernicious veil of secrecy.

We warned in another article – Kleptocrats at the Gates of Democracy (LINK) that – “This government is entrenching power on a scale not seen in Britain (aside of global wars) for a very long time. Unchecked, it heralds the end of social democracy that was swept in after the last world war. The evidence of this history-making power grab litters the news.”

In our article – Britain’s Political Trajectory, we published the view that this government was ushering in “a new form of ideology that is looking to usurp Britain’s system of governance, with its constitutional checks and balances, having been vandalised by right-wing autocrats. This might very well end with a form of ‘guided democracy’ – or another way of putting it, a de facto autocracy.” (LINK).

In the Ten Steps of democratic Breakdown, we spelt out what was coming. That report focused on the crumbling institutions that upholds civil society such as policing dissent, using the state against political opponents, fearmongering, corruption and media manipulation.  These are the traits of any toxic government in the world (LINK).

In 2015, one of the first articles TruePublica published predicted the political coming path – “By 2020, Britain will be a classed as a ‘techno Stasi-state’ because the general public turned a blind eye and effectively waved through the legitimisation of authoritarian decrees.” That prediction is now a matter of fact. The purpose of democracy is to keep in check the actions of government and Britain’s democracy is clearing struggling (LINK).

In Post-Truth to Post-Democracy, we warned that  Britain was – “a society that continues to have and to use all the institutions of democracy, but in which they increasingly become a formal shell and where the energy and drive of the nation pass from the democratic arena into small circles of a politico-economic elite” (LINK).

The Hansard Society was formed in 1944 to promote parliamentary democracy. Its first subscribers were Winston Churchill and Clement Attlee and is named after the Hansard Parliamentary Record, which publishes the proceedings of the British parliament.

More than 60 years on, the Hansard Society is understood to be universally recognised as the independent and non-partisan authority on Parliament and democracy and here is what a recent study by Hansard said:

“63 per cent agreed that Britain’s system of government is rigged to the advantage of the rich and powerful and that 56 per cent of respondents said they believed Britain was now in decline.”

The proportion who said the system of governing the country needed “a lot” or “a great deal” of improvement now sits at 77 per cent – the highest level ever recorded.

The conclusion from the Hansard report is that the system of governing Britain and the people in parliament is worse now than in than at any time, including that of the expenses scandal.

The longest-standing pro-democracy organisation in the world, the Electoral Reform Society in Britain believes democracy is slipping away before our very eyes. They report that this government is distorting democracy in all sorts of ways from voter ID requirements to peers-for-donors, from a lack of transparency to lobbying. The ERS is pushing for democratic changes to help save our political rights such as proportional representation (to rid the country of ‘first past the post) and an elected second chamber (to replace an archaic system of hereditary Lords and Lords-for-donors).

It is pertinent to ask the question – if all this has happened in such a short period of time, what will the political and civil liberties landscape look like in 2025 and 2030?

The current trajectory tells us that without serious checks and balances being installed, Britain will be nothing like the country it once was.

Four decades of unchecked capitalism brought us new levels of inequality not seen since the 1920s. Geographical and economic division – along with social media, brought such discontent that many people latched onto Brexit as a possible answer to solving these deep-rooted problems. Boris Johnson knows this – hence the so-called ‘levelling-up’ project.

However, it was foreign influence, the vested interests of billionaires, hedge-fund managers, vulture capitalists and millions in dark money funded operations that was used by a political opportunist to lever himself into the seat of power. To stay there, democracy has to be trimmed back.

So what can we expect in the next few years to the next election. In its current format, the Labour party needs to find a footing because right now it is no opposition to this government. Under Kier Starmer, it again appears to be privileged and frankly a bit snobbish – little different to Tony Blair’s metropolitan elite – only this time, no-one really knows what they stand for.

Labour needs to understand that politics has changed, that beliefs have changed, that Britain has changed. One thing it could latch on to would be a manifesto not just around inequality, but around serious democratic reform.

To hide their political and economic inadequacies, the Tories will stoke up the culture wars. The well-used tried, tested and highly effective use of divisive binary politics will continue. The use of misinformation and propaganda will continue and unchecked illegal misuse of social media use will continue. However, time has a habit of dragging with it the truth – and truth is the one thing Boris Johnson cannot boast about.

In the spring and summer of 2022, the pandemic will quickly recede, most especially from the news cycle – just as the impact of Brexit comes shining through. Whilst the government will continue to blur both events into one, that’s not how things work.

Then there’s the physical break-up of the UK and whilst this brings all sorts of problems, the Tories will see this as an opportunity as they will have a stranglehold as the party of England and it is here that the real danger of losing the ‘mother of all parliaments’ lies. A once admired democratic country dissolves into something completely different.

This is the current trajectory. We won’t get promised sunlit uplands and when we look back they didn’t ‘build back better.’ Inequality will rise because the institutions that keep it in check – such as the NHS, education and so on will continue to be privatised and therefore eroded. Inequality will rise because power will become concentrated in the hands of the wealthy. And now, if you decide to exercise your right to protest that – you can be deemed a lawbreaker and as extinction Rebellion found out last year – branded a terrorist organisation by the state.

Right now, the right to Freedom of Information is being censored, journalists are being blacklisted, the media manipulated as millions of public money is spent in the right-wing press to promote their agenda. Privacy has been obliterated and sensitive, personal data used against us all. This is what weakened civil liberties and democracy looks like.

This is Britain today, swirling around the plughole – each revolution with more government overreach causing it to become ever so slightly tighter.