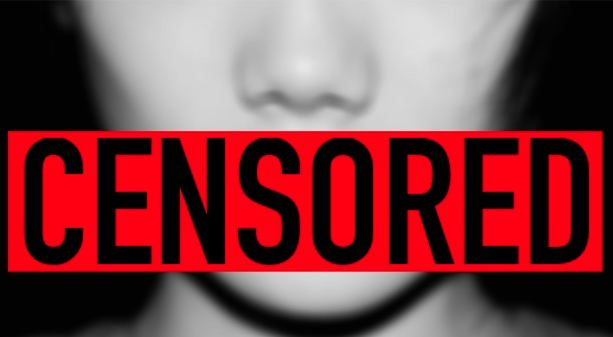 By TruePublica: Last week we reported that a D-notice (Defence and Security Media Advisory Notice) used by the British state to censor the publication of potentially damaging news stories had been formally issued to the mainstream media to withhold publication of the British ex-spy deeply involved in the Skripal/Novichok affair.

We revealed that Channel4 journalists had been issued these D-notices, which were in respect of a former British intelligence officer called Pablo Miller. Miller was an associate of Christopher Steele, first in espionage operations in Russia and more recently in the activities of Steele’s private intelligence firm, Orbis Business Intelligence.

Steele was responsible for compiling the Trump–Russia dossier, comprising 17 memos written in 2016 alleging misconduct and conspiracy between Donald Trump’s presidential campaign and the Putin administration. The dossier paid for by the Democratic Party, claimed that Trump was compromised by evidence of his sexual proclivities in Russia’s possession. Steele was the subject of an earlier (unsuccessful) D-notice, which attempted to keep his identity as the author of the dossier a secret.

If Miller and, by extension, Skripal himself were somehow involved in Orbis’ work on the highly-suspect Steele–Trump dossier, alongside representatives of British and possibly US intelligence, then all manner of motivations can be suggested for an attack on the ex-Russian spy and British double agent by forces other than Russia’s intelligence service, the FSB.

In other words, the state attempted to clear up the mess it had already made of the Trump dossier, since proven to have made many false assertions, particularly of collusion with senior Russian officials and links to ex-Russian double agent Sergei Skripal.

Yesterday, spinwatch.org revealed that the Skripal affair has resulted in the issuing of not one but two ‘D-Notices’ to the British mainstream media, which are marked ‘private and confidential’. They also disclose the contents of both notices, which have been obtained from a reliable source.

Here is the first one dated 7th March lifted straight from the powerbase website:

Private and Confidential: Not for Publication, Broadcast or for use on Social Media TO ALL EDITORS The issue surrounding the identity of a former MI6 informer, Sergei Skripal, is already widely available in the public domain. However, the identifies of intelligence agency personnel associated with Sergei Skripal are not yet widely available in the public domain. The provisions of DSMA Notice 05 therefore apply to these identities. DSMA Notice 05 inter alia advises editors against the:

‘inadvertent disclosure of Sensitive Personnel Information (SPI) that reveals the identity, location or contact details of personnel (and their family members) who have security, intelligence and/or counter-terrorist backgrounds, including members of the UK Security and Intelligence Agencies, MOD and Specials Forces.’ The full text of DSMA notice 05 can be found on the DSMA website.

If any editor is currently considering publication of such material, may I ask you to seek my advice before doing so?

Please do call or email me if you have any questions or need further clarification.

I would be grateful were the Press Association and Society of Editors to promulgate this notice through their own networks.

7th March D-notice can be viewed HERE refers to “the identities of intelligence agency personnel associated with Sergei Skripal not yet widely available in the public domain.”

The 14th March D-notice can be viewed HERE and specifically focuses on “reactions from the Russian authorities” and the publication of Sensitive Personal Information (such as naming the ex-spook in question) or identify personnel who work in sensitive positions.

The mainstream media are ‘advised’ not to publish and if they do there will be consequences. Those consequences include being left out of government and agency press releases, attendance at meetings, official announcements and the like. In other words, complete exclusion alongside other measures to ensure compliance.

As Spinwatch says: “However, the DSMA-Notices (as they are now officially called) are one of the miracles of British state censorship. They are a mechanism whereby the British state simply ‘advises’ the mainstream media what not to publish, in ‘notices’ with no legal force. The media then voluntarily comply.”