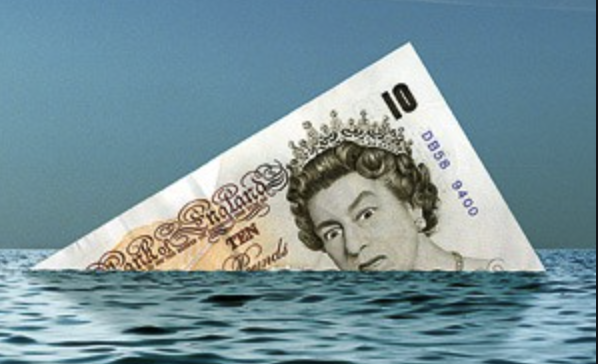 By TruePublica: Under Boris Johnson, Britain continues its rapid descent. Everything in this governments sphere is deteriorating so quickly, the terms ‘shock doctrine’ and ‘disaster capitalism’ no longer seem fitting what is rapidly becoming a truly traumatised nation.

Over 100,000 people are dead in just one year in the wake of a pandemic. It is true to say many would have died anyway during this time, but not this many. This is the worst public health outcome of any European nation large or small. It’s the same with the economy – now one of the worst outcomes of the OECD and the worst in the G7. Knowing it’s this bad is confirmation that the wrong people are making the decisions.

Under this government, things are made worse by their secrecy, thuggery, bullying and threats that has now become so normal, it’s almost not news any more. Remember back in 1995 when Johnathan Aitkin got caught fraudulently claiming a hotel bill and lost a libel case? He was jailed, lost his home, marriage and just about everything in his world. Then there was Peter Mandelson who was forced to resign for misleading statements he made to the House of Commons in 2001. Then it emerged that the Labour Party had borrowed millions of pounds in 2005 to help fund their general election campaign through Cash-for-Honours. That led on to the cash-for-influence scandal in 2010, on the heels of the MP’s expenses scandal a year earlier Compare that to the rampant corruption going on today involving tens of billions that ministers feel they need not even bother to answer questions over. Worse, they now retaliate when questioned or investigated.

Whilst investigating reports about how government ministers were threatening business leaders speaking out about Brexit, TruePublica was itself the target of a senior Tory minister at the very heart of Brexit negotiations. We published news of how the bosses of publicly listed companies, who have a legal responsibility to report to shareholders any potential risks to their businesses, were being warned by ministers threatening to withdrawn contracts, crush their revenues and of throwing them out of their jobs if they did. Many were subjected to legal non-disclosure agreements and then threatened with crippling legal action if they warned investors, the markets or shareholders that Brexit would negatively affect them.

Since then, things have moved on quickly. Legal threats are being thrown around like confetti.

In one very small example, just this week – Jess Brammar, Editor-in-chief of HuffPost UK and formerly BBC Newsnight and ITN has publicly complained that a government minister has deliberately created a situation to cause serious problems for a female, black reporter for simply asking a standard question on a story. “Young, female, Black journalists receive some of the worst abuse on Twitter, and to behave in this way is extremely disappointing – even before you consider that the person involved is the minister for equalities.”

All the institutions that make up a functioning democracy are being fully undermined by this government. Michael Gove has set up a censorship unit to ensure perfectly valid questions being asked under Freedom of Informations laws are being denied, restricted or sanitised.  The mainstream broadcast media spent months pushed aside at the height of the pandemic to avoid embarrassing or challenging questions being asked. Journalists are now routinely blacklisted. The public is not allowed to ask questions at government briefings and non-blacklisted journalists can only have pre-vetted questions put forward. And turning environmental activists in organisations like Extinction Rebellion into terrorists is the mark of a Putinesque regime. This action makes out that people such as teachers, nurses and accountants who are protesting against the lack of action to protect our home world (that over 80 per cent of the public support) are treated as threats to national security such as neo-Nazi terrorism and pro-terrorist Islamist groups. And that being the case – what next – and who draws that line?

Britain’s judiciary system is being undermined and so are long-standing human rights laws. We are also seeing stories emerge of protective laws around workers rights being torn up, of the lowering of food standards, allowing GMO food production, and even the go-ahead of a coal-fired power station – the first in three decades.

It took fifteen years for a fraudulent hotel bill and a lie in a libel case to mean jail for a serving politician to a cash-for-influence scandal that led to nothing but a slap on the wrist. It’s taken little more than one year for such events to be so minor they are no longer deemed newsworthy amid huge claims of corruption, cronyism and the malfeasance of office. Imagine where Britain will be in 2025.

Would you ever have thought just five years ago that a former British prime minister would be warning Britain could become a failed state? Or that a senior Tory, the last British governor of Hong Kong and a former EU commissioner for external affairs would warn of the same – or that London’s Financial News would be too?

Do not think this government under Boris Johnson has reached the pinnacle of its lawbreaking, corruption or immorality – it has only just started.