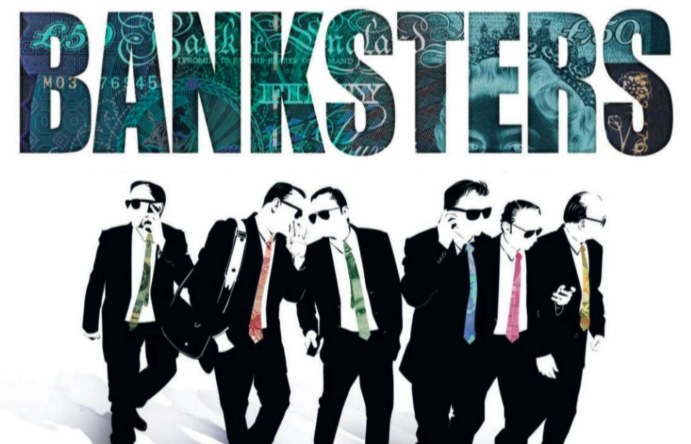 TruePublica Editor: In yet another case highlighted by our media partner, The Bureau of Investigative Journalism, we see criminal malfeasance by the big banks being rewarded. In this case, the banks are the ‘enablers’ of fraudsters who have stolen billions of taxpayers money through VAT fraud. Worse, and to rub salt into the collective wound, the scam centred around carbon credits – the trading of greenhouse gases.

In this report, much is mentioned about the banks being sued, making financial settlements and even of arrests and prison sentences occurring – but all of them were in Europe – not one has been arrested in the UK where so much of the crime took place. As other European countries closed tax loopholes for trading, the fraudsters then turned to the UK as the go-to place for a summer of explosive fraudulent trading to earn billions by stealing from the taxpayer as the banks looked away and pocketed the profits.

Major banks enabled fraudsters to steal billions of pounds of public money through VAT scams, allege documents obtained by the Bureau. A decade later, tax authorities are still chasing the money through the courts.

Traders in London facilitated the so-called carousel fraud by organised crime gangs in 2009, which involved the trading of carbon credits, permits which allow a country or organisation to emit greenhouse gases.

The gangs imported millions of carbon credits from outside the UK without paying VAT on them. They sold them on to traders adding 20% to the bill as if they had paid VAT. What made these frauds different was that the last link in the chain would be a respectable financial institution such as Deutsche Bank, Royal Bank of Scotland or Citibank and these institutions bought the credits at a discount and then claimed the VAT (which had never been paid) back from the Revenue.

In just eight weeks in 2009, they claimed back £300 million before the Revenue stopped paying up and HMRC is still pursuing that money through the courts.

The fraudsters moved their operations from one country to another as different administrations shut the frauds down which has made it difficult to trace the full picture. It is estimated the fraudsters stole €5bn across Europe but many of the key players have never faced justice.

The current civil cases involve RBS – now called NatWest Markets Plc – which is being sued for £71m and Citibank which is being sued for £14m by liquidators of a string of companies involved in the fraud. The companies that absconded with the VAT have gone into liquidation.
Almost a decade after the first suspicions of fraud emerged at HMRC, it has still been unable to recoup the full amount stolen from British taxpayers with major banks as intermediaries. Even if it wins in court, it is likely HMRC will only get back around half of the £300m owed.