How the media, including the BBC is manipulated by government propaganda 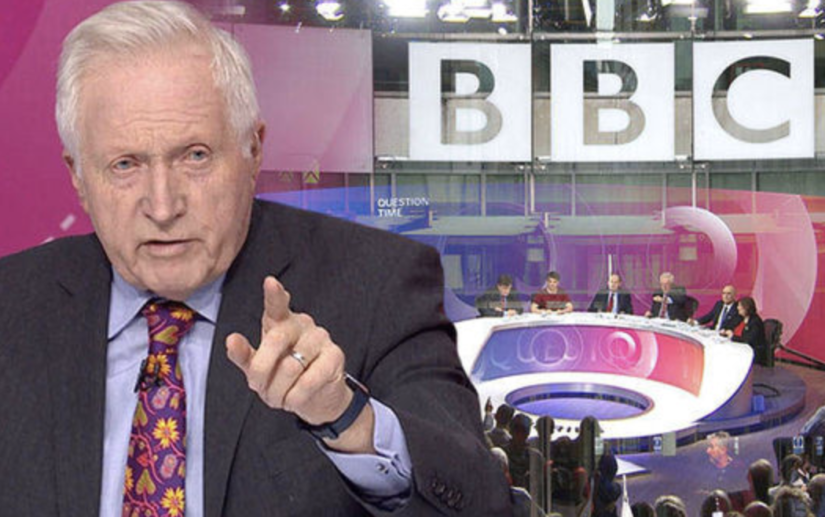 By Simon Wren-Lewis: While Dominic Cummings is no genius, he does have a good understanding of how the UK media works, and therefore how to manipulate it. There are many ways to do this, but one of the most obvious is to use privileged access in return for uncritical coverage. This is how it works.

One of the prizes journalists most aspire to is being first with the news. To get an ‘exclusive’ story. In the political world, the biggest generator of news stories is the government. This gives the government the potential to act as the devil to which journalists can sell their souls to. The value of access increases when the government reduces the amount of information it supplies for free in other places like parliament. The price journalists pay to be given privileged access to news, or more generally some insight in government strategy is to report what is fed to them without the critical eye that this same journalist might normally apply to this information if it was released publicly.

Of course, not all journalists are prepared to do this. But if their personal views are sympathetic to the government, or more importantly if their employer likes to take lines that are helpful to or supportive of the government, it is much easier to sell your soul in this way. It is a phenomenon that all journalists understand, and it is an art that all governments practice to some extent. What is now clear is that Dominic Cummings is willing to buy as many souls as he can to counter bad news or his own mistakes.

The result is that some journalists that have not sold their souls have begun to speak out about what is going on. One is (not surprisingly) Peter Oborne, who details many of the (often false) stories that Cummings has generated which have allowed the press and the BBC to hide bad news for the government. (Short interview version here.) Perhaps more surprising is this from Adam Boulton of Sky News, who effectively supports Oborne and adds another example from the BBC. He writes:

“In 25 years as Sky News’ political editor I never sought favours and was never given them, perhaps because I worked for challenger companies rather than the legacy duopoly of ITV and BBC. I am expressing a personal view here, not speaking on behalf of Sky News. But I can confirm that I and my Sky News colleagues still work with the same “no favours” impartiality.”

My personal impression that Sky journalists are better in this respect than the BBC in particular, is backed up by the latest Ofcom survey (figure 11.5), where Sky News does better than the BBC on being accurate, trustworthy, and particularly unbiased. However such surveys may be distorted by the huge campaign in the Brexit press to suggest the BBC is biased.

That journalists from particular right-wing newspapers act as agents for a right-wing, pro-Brexit government should hardly be a surprise. You only need to look to the same newspapers’ coverage of the Johnson domestic incident earlier this year to see this in operation. But these newspapers power becomes much stronger when the line they take is not contradicted by the broadcast media.

The BBC is who really matters here, as it is watched by far more people for news than Sky, which makes what the BBC does much more important than anything Sky does. The importance of the BBC is underlined by a new report by Dr.Richard Fletcher and Meera Selva for Oxford’s Reuters Institute. It shows that Leavers are less likely to use non-MSM sources than Remainers. Equally, few Leavers rely on their pro-Brexit newspaper alone: they also typically watch the BBC. Indeed 51% of Leavers say the BBC is their main source of news, with just 30% saying their main source comes from online, while the equivalent figures for Remainers is 38% and 45% respectively. This is not too surprising given that Leavers tend to be older and Remain voters younger.

The report interprets the importance of the BBC for Leave voters as implying they get their news from one impartial source. I would dispute that. Of course the BBC is not a shameless propaganda organisation of the kind we see in the Brexit press, but instead, it works to support the Leave case in a number of subtle and not so subtle ways. Many of these are detailed by one of the best Brexit commentators around, Chris Grey.

I have argued many times before (see here for example) that during the referendum the BBC acted in a way that was very helpful to Leave by treating their (obvious) lies as opinions, to be balanced against the opinions (which happened to be truths) of the Remain side. The BBC most often excluded experts, and when they were included they were balanced with someone from the Leave side. This is a view shared not only be nearly all economic, trade and legal experts but also some journalists e.g. Peston quoted here. That continued after the result. Claims made by the Leave side, and by the government, that were at least questionable would often go unquestioned.

Some of this comes from simple ignorance. The BBC has some very good journalists who understand the issues around Brexit, like Katya Adler who reports on the view from Brussels, but most prime airtime is given to political generalists who at least appear not to understand the issues involved. I remember the moment that Johnson finally got his deal with the EU. Laura Kuenssberg gushed that few people had thought it possible to get a deal, while it was left to Katya Adler to explain that Johnson had essentially just accepted the first proposal put forward by Brussels over a year ago. No one asked why Johnson had effectively accepted a deal that his predecessor had said no UK PM could make.

Some of this apparent ignorance comes from perceived necessity. The pressure from the Brexit press and Leave politicians on the BBC is relentless, and there is little to balance this on the Remain side. The obvious conclusion that too many BBC journalists draw is that keeping out of trouble means not giving Leave politicians a hard time. Some acute media observers like Roy Greenslade conclude that the BBC does a great job standing up to this pressure, and of course, given this pressure, it could be a lot worse, but I think it does take a toll.

The structural problem can be stated fairly easily. The Leave case is essentially a fantasy. Beyond a concern about immigration, the Leave side has nothing that can justify the great harm they intend to inflict on the UK economy. Yet when the Leave side talks about taking back control, few BBC journalists ask obvious questions, like what EU law that the UK voted against are the Leave side objecting too, or how can trade with countries we hardly trade with compensate for the trade we will lose with the EU? If the BBC allows the Leave fantasy bubble to remain unpricked, you are in effect giving credibility to that fantasy, which is to support it. Another way of making the same point is that the BBC has allowed the Leave side to control the Brexit narrative for three years.

Yet when the Leave side talks about taking back control, few BBC journalists ask obvious questions, like what EU law that the UK voted against are the Leave side objecting too

Unfortunately, the BBC’s problem goes beyond being cowed by fear of the Leave side, or the liberal guilt that Grey mentions. There is little doubt that some of those now working in the BBC are, consciously or otherwise, pushing the Leave cause. For example, Question Time sometimes has audiences that are clearly unbalanced towards Leave, while its selection process is supposed to produce a more balanced audience. The number of appearances of Nigel Farage has raised questions.

A more specific instance was the BBC’s shameful attempt to first ignore and then attempt to rubbish the evidence on the Leave’s referendum spending scandal, discussed in detail by Peter Jukes here. Or the unmediated coverage of Farage’s Brexit party launch that was the last straw for one BBC war reporter. Or Humphries on their flagship political radio programme. Or the reluctance to interview non-politicians involved in successful legal challenges to the government. Or the publicity they gave to recycled ‘Economists for Free Trade’ nonsense. And so on.

The BBC has an obvious way of refuting these claims. They could explain their behaviour over issues like 2016 referendum spending. They could commission independent research that looks at the kind of issue that I mention here. Just quoting YouGov polls that obviously reflect the Brexit press campaign against the BBC does not remove the evidence that the BBC is shifting its reporting in response to that pressure and in some cases actively supports the Leave side.

Simon Wren-Lewis worked for Her Majesty’s Treasury as a budget-team member and worked for the National Income Forecasting Team as a senior economic assistant. He was also a Senior Research Fellow at the National Institute of Economic and Social Research. Today he is a professor of economic policy at Oxford University and a Fellow of Merton College.