Is big data predicting the fall of Britain 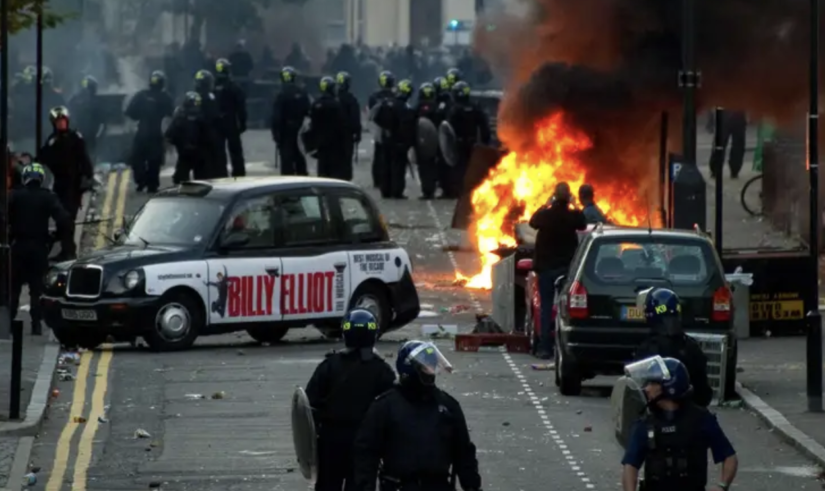 By TruePublica Editor: There is an interesting ‘long-read’ in The Guardian that examines how history and big data can help predict a looming crisis – and if you have the time to read it, it’s worth every minute. What is interesting is how much it relates to life in Britain today and yet, the article focuses on the history of global threats and its outcomes.

To start there is an explanation of what came immediately before a crisis and what the outcomes look like and there are some very interesting comparisons to modern life compared to the data collected that looks back thousands of years.

Ten years ago, it was predicted that huge advances in technology could be derailed by mounting political instability, which was due to peak in the US and western Europe around 2020. It blamed wealth inequality, public debt and – “that the turmoil in the US in 2020 would be less severe than the American civil war, but worse than the violence of the late 1960s and early 70s, when the murder rate spiked, civil rights and anti-Vietnam war protests intensified and domestic terrorists carried out thousands of bombings across the country.” That scenario is now very real in both America and Britain. These two societies are completely divided with the far-left and far-right pitted against each other.

“First, individuals from the same classes, or even the same families, often ended up fighting on opposite sides. And second, revolutions had clustered in certain periods of history – the 14th and 17th centuries, the late 18th-to-early 19th centuries – but there was no obvious reason why class tensions should have boiled over in those periods and not in others.”

The initial research looked at how a population eventually outgrows its resources, imploding in a toxic cloud of conflict and disease until, reduced once again to manageable proportions, it enters a new phase of growth.

Much has been written recently about how populists, dictators, despots and even democratic governments can redesign social and economic models – from an organised and deliberately created crisis to reach a new form of order. Disaster capitalism is just one explanation.

The article takes a good stab at concluding how this system works; “as the population grows there comes a point where it outstrips the ability of the land to support it. The standard of living of the masses falls, increasing their potential for violent mobilisation. The state tries to counteract this – for example, by capping rents – but such measures alienate the elite whose financial interests they hurt. Since the elite has also been expanding and competing ever more fiercely for a finite pool of high-status jobs and trappings, the class as a whole is less willing to accept further losses. So the state must tap its own coffers to quell the masses, driving up national debt. The more indebted it becomes, the less flexibility it has to respond to further strains. Eventually, marginalised members of the elite side with the masses against the state, violence breaks out and the government is too weak to contain it.”

Compare that paragraph to this explanation. In 2008, the banks, facilitated by political ignorance and greed created a financial crisis. The national debt rose by £1trillion. Half went to the banks to contain their threats of further financial destabilisation if they were not bailed out, the other half went into the economy to stave off a crippling recession.  That led to a policy of grinding austerity. Wages stagnated for a decade, the standard of living fell quickly and crisis after crisis swept the country. Threatened with some protective legislation like higher taxes and regulative curbs, the corporations and their elite led an assault against both civil society and political opposition. Seeing their grip slipping, they push up one of their own who sides with the masses by announcing they will act in accordance with the will of the people.

The first paragraph describes how nations come to destroy themselves from the perspective of science and knowledge, the second describes the evidence of our own current experience of daily life in Britain right now.

To frame this description more scientifically, the author creates a political stress indicator (PSI) which puts the main points of all societal conflict into a criteria requirement. Prior to the French Revolution, the English civil war and two other major 17th-century conflicts – the Ottoman crisis in Asia Minor, and the Ming-Qing transition in China these criteria were all met. In each case, however, there had been one more factor in the mix: chance. Some tiny rupture – a harvest failure, say, or some sort of foreign aggression – that in other circumstances might have been absorbed easily, against a backdrop of rising PSI that caused conflict to erupt. Although the trigger could not be predicted – meaning you could not know precisely when the crisis would occur – you could measure the structural pressures and hence, the risk of such a crisis.

PSI rose dramatically across the Soviet bloc in the two decades prior to 1989, and that it was persistently high in developing countries. The scientist who collated the data also interestingly wrote that: “It is quite astonishing the degree to which the United States today is, in respect of its state finances and its elites’ attitudes, following the path that led early modern states to crisis.”

The survey’s data goes back nearly 8,000 years, to the Neolithic times to get as broad a perspective as possible and it’s interesting to see just how much data exists.

The scientist, Peter Turchin demonstrated a pattern of secular cycles in the societies that evolved into modern-day France and Russia from the first millennium BC until roughly 1800. He also showed that there were shorter oscillations in the stability of these societies, lasting about 50 years, which he called “fathers-and-sons cycles”: perceiving a social injustice, one generation set out to redress it violently, the next shrank from violence having grown up with its aftermath, the third started all over again.

Turchin showed that the same two interacting cycles – secular and fathers-and-sons – fit patterns of instability across Europe and Asia going back as far as the first farmers. They were there in ancient Egypt, China and Rome – in every pre-industrial society he looked at. 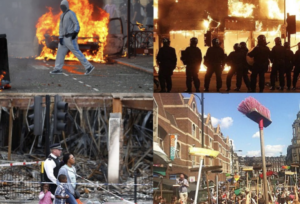 Turchin updated PSI to reflect the forces shaping a modern labour market and chose new proxies appropriate to an industrialised world. These included real wages for the mobilisation potential of the masses; filibustering rates in the Senate and the cost of tuition at Yale for elite competition; and interest rates for state solvency. Then he calculated PSI in the US from 1780 to the present day. It was low in the so-called Era of Good Feelings around 1820, high in the 1860s – around the American civil war – and low again in the years after the second world war. Since 1970 it had risen steadily. This did not mean we were doomed to a crisis, though. Many societies had avoided disaster – and Turchin was building a model to find out how they had done it.

Turchin points to the US New Deal of the 1930s, which he sees as a time when American elites consented to share their growing wealth more equitably, in return for the implicit agreement that “the fundamentals of the political-economic system would not be challenged”. This pact, Turchin argues, enabled American society to exit a potentially revolutionary situation.

The over-riding message here is that such pacts can work again, if only we recognise the structural problems of the day and attempt to do something that takes the country in the right direction.

The question as to why historical societies had so often failed to act even when the signs of a looming crisis were impossible to ignore is answered quite easily. The research says that elites continue to live the high life for some time after things start falling apart, buffered from the upheaval by their wealth and privileges.

In an article published by TruePublica, we showed how every twenty years there is a natural cycle of economic and political change – and linked it to generational forces alongside new technologies. The Father-and-son cycle that Turchin talks of is the same as our own research. The sons of fathers change the world and it takes 40 years for the really big change to come along. In our research, we predicted that right now, Britain is only halfway into a period of political and economic upheaval.

So where is Britain in the criteria of PSI? The boxes in all of its questions are ticked. A crisis has occurred, the government reacted incorrectly, the masses have demanded change, and a member of the elite, a populist is promising the world. Additionally, Britain is being emersed in heavy national debts costing nearly a £1billion a week just to service the interest charges and now has nothing in reserve to soften the blow of anything unexpected like, say, another recession – one perhaps caused by Brexit. And the people are in trouble too. Household debt is on the cusp of a historic explosion – forecast to double in just four years to completely unsustainable levels. Could the coronavirus, more flooding or Brexit be the spark?

Turchin also makes another important point –  “that lawmaking institutions in both the US and the UK are now so divided along ideological lines that they can barely function. In both countries, disgruntled members of the elite have taken power in the name of the people, while failing to address the underlying causes of the malaise: widening inequality, a swollen elite, a fragile state.”

Today, Britain stands on a political and economic precipice. It cannot be overstated just how important this moment really is. Boris Johnson is the epitome of the elite, a man pushing for executive powers to centralise control by stating he will pursue the will of the people and that it is he that stands at the helm of the ‘people’s government’ in getting Brexit done. Is this the moment when all the indicators of ‘structural pressures’ and ‘political stress’ merges and all we are waiting for now is the spark?