Is Facebook listening through your smartphone microphone, whistleblower says yes 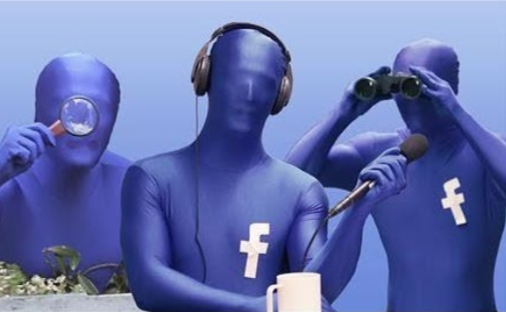 By TruePublica Editor: A couple of years ago I had a pair of sunglasses stolen from my car when I forgot to take them with me when the car was being serviced. I complained to the garage and indignantly reported this important event to my wife. Spookily, the following day I started receiving ads in my Facebook feed for where I could buy exactly the same pair of sunglasses. I thought my natural gift of cynicism had turned into paranoia. As Joseph Heller said in Catch 22 – “Just because you’re paranoid doesn’t mean they aren’t after you.” In Facebook’s case – it turns out they are!

From Canada’s National Post, comes the report that one of their own citizens is testifying that exactly my sunglasses experience was indeed not paranoia but a matter of fact – Facebook did indeed have the capacity to listen in to my private conversations.

The report starts off with “Facebook could be listening to its user’s conversations through smartphone microphones, Cambridge Analytica whistleblower Christopher Wylie says. He appeared in front of a committee of British parliamentarians on Tuesday, and in his nearly four hours of testimony, he used words like “fraud” and “cheat” to describe the use of Facebook data to affect the outcomes of Brexit. He also addressed the longstanding internet theory that Facebook spies on its users to shape their advertising.”

The report goes on to say that last year, a YouTube video of a man claiming Facebook gave him cat food ads because of a conversation with his girlfriend went viral. And the eavesdropping claims are regularly discussed on social media. To be fair, the video is actually both quite funny and just a bit scary.

Conservative MP Damian Collins, who chaired the committee, asked Wylie if the rumours were true.

“There’s been various speculation about the fact that Facebook can, through the Facebook app on your smartphone, listen in to what people are talking about and discussing and using that to prioritize the advertising as well,” Collins said. “Other people would say, no, they don’t think it’s possible. It’s just that the Facebook system is just so good at predicting what you’re interested in that it can guess.”

Whilst Wylie said that he was only speculating (presumably to protect his legal position), he went on to say that Facebook and other apps can listen in and figure out the context of where you are based on the sounds in your environment. It picks up whether your TV is on, or if you’re at work or at home based on “environmental context,” he said.

“There’s audio that could be useful just in terms of, are you in an office environment, are you outside, are you watching TV, what are you doing right now?” Wylie said.

The social media giant has repeatedly denied using people’s microphones to target ads or tailor users’ news feeds. But Facebook also said that its app only accesses the microphone on a smartphone if the user gave it permission to do so, and only if the user is using a feature that requires audio, for example, if they are recording a video.

Last October, Facebook’s vice president of ads addressed the rumour again. “I run ads product at Facebook. We don’t — and have never — used your microphone for ads. Just not true,” Rob Goldman tweeted.

But as privacy activist Paul-Olivier Dehaye, who was at the hearing, points out, Facebook’s “opaque” practices means there’s no telling how much data users hand over.

Curran confirms the data they collect which includes tracking where you are, what applications you have installed, when you use them, what you use them for, access to your webcam and microphone at any time, your contacts, your emails, your calendar, your call history, the messages you send and receive, the files you download, the games you play, your photos and videos, your music, your search history, your browsing history, even what radio stations you listen to.

And there’s a sinister side to all of this. Facebook is willing to sell all this data to anyone with enough money to buy it. It knows what your political tendencies are, your sexual preferences and even designed tools to understand what you are thinking by your device keystrokes and are quite prepared to sell these most private of thoughts.

In fact, according to the BBC, Facebook will sell 5,000 pieces of information about you. Did you know you even had 5,000 pieces of interesting information to know? I didn’t. But if they can listen in, record and store everything as you step through daily life, then I guess they would. It’s not just about selling advertising though is it. It’s about who they sell it to and what they want with it.

What happens if the government fancied the idea of clamping down on dissenting voices for instance. Nah – they wouldn’t do that, would they? After Thersa May’s recent announcement you might want to think again.

Facebook has shown no professional ethics whatsoever – this much is revealed with the scandal engulfing them with their association with Cambridge Analytica and SCL Elections. There’s more to come on this story, of course.