James Chapman – New Political Party – You Couldn’t Make This Up 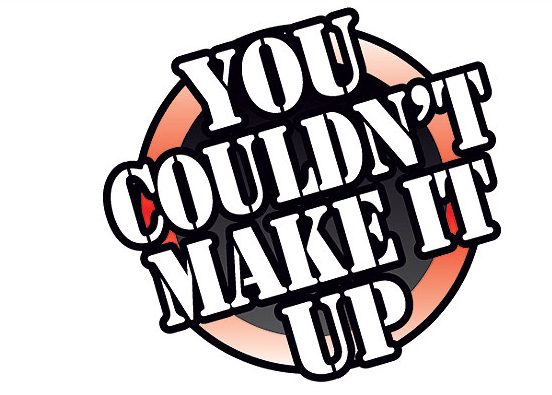 TruePublica Opinion: The Independent’s headline “David Davis’s former chief of staff launches extraordinary tirade against ‘drunk, bullying and inappropriate’ Brexit chief” is quite bizarre in so many ways. It reports that:

“The former chief of staff at the Brexit Department has launched an extraordinary tirade against his old boss David Davis, saying he had witnessed him being “drunk, bullying and inappropriate. In a stream of early-morning tweets, James Chapman made a series of astonishing claims about the man leading Britain’s negotiations to leave the EU”, including that he:

• Has been “working 3 day week since day one”

James Chapman has decided to launch his own political party – The Democrats. Mr Chapman, who left his role at the Department for Exiting the European Union because of his personal despair at the Brexit process, will launch the party at the People’s March for Europe rally on 9 September.

Chapman is not a person to be trusted by any stretch of the imagination. He has a certain type of form – that of poor judgement to say the least.

“He was being eased out of the Daily Mail pol-ed role when he took up Osborne’s offer to spin for him. That’s the source of his surprisingly vicious animus against Dacre (current Daily Mail editor). He haughtily told everyone on the way out of Northcliffe House that he would be in No. 10 in due course, lording it over them when Osborne ascended to the premiership. Things did not quite work out that way.”

Already, you can see Chapman’s judgement is about as accurate as Theresa May’s was to call an election.

After Osborne was fired, Chapman became a lobbyist at Bell Pottinger. Bell Pottinger (as it was then) accepted a Pentagon contract for over half a billion dollars to run a top secret propaganda programme in Iraq. Its output included short TV segments made in the style of Arabic news networks for the purposes of distributing fake insurgent propaganda videos.

Lord Bell, who advised Margaret Thatcher on media matters, a co-founder of Bell Pottinger and was in many ways accredited with Thatcher’s three term success, had a roster of controversial clients including a number of repressive regimes and Asma al-Assad, the wife of the current Syrian president. You can see a very right-wing choice of customers emerging here.

In the meantime, Guido Fawkes goes on to berate Chapman – “his ability as a lobbyist counselling clients specifically on Brexit may be a little hindered by his very public and frequent meltdowns where he has attacked almost all the people clients might hope he had some influence with; government ministers, newspaper editors, not to mention influential journalists who write about his clients. His Trumpish tweets are not a conventional method of communication for usually discreet lobbyists. Never mind his publicly stated plans to set up a new party and stand for it at a by-election. Clients might see that as compromising his counsel and judgement just a teensy weensy bit.”

Perhaps joining Bell Pottinger was not such a good decision either. Or deciding to be a lobbyists for clients concerned about Brexit. Or his style of going about it.

In the meantime, Bell Pottinger has been involved in a huge scandal in South Africa where there are calls to appear before the country’s parliament and for criminal prosecutions in what has become known as the Gupta Scandal for “Running a campaign that stokes racial tensions and the anger of the poor and others who feel the bite of poverty and inequality that was bound to and did exacerbate racial polarisation.”

On Facebook and Instagram there have been grim late night posts – subsequently deleted. In addition, Chapman was escorted out of parliament a few weeks ago after a particularly drunken episode. Guido Fawkes continues: “He has abused those who have tried to reason with him. All this has been an open secret in SW1 for weeks. His shouty crackers performance on the Today Programme brought it all into the open for the wider public. He has also to some extent gone public himself with his hundreds of round-the-clock tweets. Today he has flipped out with David Davis when only recently he told everyone he was on good terms with him. He’s demanded an emergency recall of parliament and challenged the PM to a public debate in Parliament Square, last week he claimed cabinet members were on the verge of defecting to his party. He’s called for Brexit-supporting publications to be shut down. He sometimes asks people like JK Rowling and Hillary Clinton to follow him on Twitter so he can directly message them. His tweets suggest that in his mind he thinks he is Britain’s answer to Macron leading his own party, “The Democrats”.

Just to recap then. James Chapman, former political editor of The Daily Mail, which is a reactionary, neo-fascist tabloid rag that attempts to masquerade as some sort of “traditional values,” middle-class newspaper, backed a failed effort for George Osborne to become PM who was himself sacked for leading a fear-mongering campaign for Britain to stay in the EU, which it didn’t. Chapman now works for a lobbying company who was associated with producing fake insurgent terrorist propaganda on behalf of the Pentagon in the Iraq war, that has since gone on to destroy the world order and caused an immigration spike – now an existential crisis for the EU.  He’s fallen out with his ex-boss (again) and he wants to set up a ‘centrist’ party to stop the will of the people by blocking Brexit without a democratic vote!

You couldn’t make this up – seriously. Chapman is self-serving deluded right-wing hysteric with a serious lack of judgement problem.