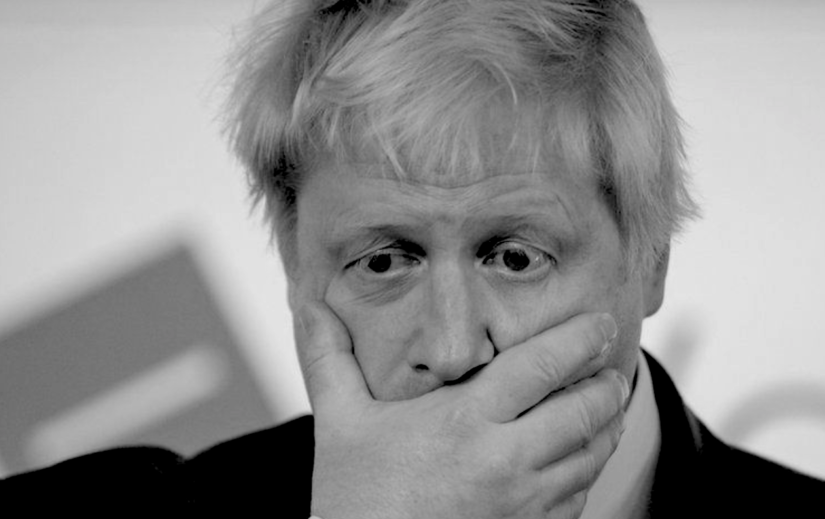 TruePublica Editor: In our article The Brexit Catch 22 we said that the government – “started its own fire, bought no extinguisher and now everyone is engulfed in its flames where a never-ending amount of fuel is added. It’s like being in hell. Every day is the same – more flames.” Don’t believe the press on this latest optimism of a deal being done, just because finally something got agreed. It doesn’t really mean that we are any closer to ending the nightmarish Brexit game of thrones at all – far from it.

And so it is with this week. MPs have voted for the Withdrawal bill to go forward, but that doesn’t mean they all back it – or that the saga is ending any time soon. They wanted more time to scrutinise the highly complicated agreement and related documents – all of which, rolls into hundreds of pages of legal jargon. And, of course, they have every reason not to trust Boris Johnson.

In our article, we provided the statistics that there was no consensus for anything from anyone with regard to Brexit. Not from the Tories, or parliament, House of Lords, or indeed – the general public.

But since a little more scrutiny of those documents has been undertaken in just the last 24 hours – more has emerged of the state of play. And what a state it is.

It now appears that the government, in its desperate desire to get something through, is making promises to both sides of the argument to get a majority on side to vote it through in first place.

The consequence is that some promises are then cancelled out by other promises. It depends on where you’re looking. Either the government is deliberately setting itself up to lie to one side or it is so desperate to prove that dying a ditch is not the preferred outcome – it will literally say anything.

Ian Dunt over at politics.co.uk examines the latest iteration of the Withdrawal Agreement and finds a two-dimensional course of delusional thinking:

“The deal the UK has struck with the EU strikes a bizarre kind of middle point between possible models. There will be two camps in the post-deal landscape: those who want a close relationship with the EU and those who want to cut themselves off completely and pursue a trade deal with the US. But the deal actually blocks off either of those options. Pursuing a genuinely close relationship is made legally impossible. The political declaration rules out membership of the single market or the customs union. This cannot be changed by parliament in the future. Section 13C of the legislation states that ministerial objectives for the future relationship “must be consistent with the political declaration”.

So, the government has conceded loads to the EU model on the one hand, which put into direct conflict the model the USA would put to Britain in a post-Brexit trade deal environment. Trade negotiations with the USA are all but done – except Britain can’t agree to it. This means that scrutiny of this Withdrawal Agreement by parliament is likely to cause a whole new pile of problems for Boris Johnson. Those Labour MP’s who voted it through this time – won’t be so keen when they see what that deal actually portrays as a vision for Britain’s future.

Dunt is more or less saying that Britain has effectively negotiated itself into a corner simply to prove the point that it could get a deal done.

“The UK caved to the EU in each of these areas. The political declaration pledges that it and the EU “should treat one another as single entities as regards SPS measures” – these are the agricultural standards that would block US imports. It also signs up to “common principles in the fields of standardisation, technical regulations, conformity assessments, accreditation, market surveillance” – which indicates membership of European standards bodies – and geographical indications. So the government’s approach seems to close down both camp’s final goals. It would rule out a genuinely close relationship with the EU and rule out a free trade agreement with the US.”

This is what we said some time ago. Brexit is ultimately a trade deal arrangement. They take years to negotiate because both sides want what is best for themselves. Britain has had three and a half years and can’t even agree what it should look like, let alone start the process of negotiating it. For instance, the CETA trade deal between Canada and the EU took nearly eight years to seal and the American/EU deal failed because standards between the two could not be agreed.

This (Johnson’s version) Withdrawal Agreement also has a limit placed on it to do a trade deal with the EU by the end of 2020. That will not be remotely possible, especially with the wretched trench warfare tactics of the free-market jihadists in the ERG – who now egotistically call themselves the ‘Spartans’. They want an American deal at all costs – literally.

By attempting to please some for votes – the deal has closed off both side’s ideal objective. The big problem like all things Brexit is that there will be no consensus on which direction Britain eventually goes. So, only one thing is sure – it divides opinion further and provides yet more ammunition to keep the tribal warfare well and truly alive.

The end result will be much of what we have already seen. More fighting and backstabbing, more disruption, more economic haemorrhaging, more division and at the same time – angering both the EU and the Americans. Can it possibly get worse?