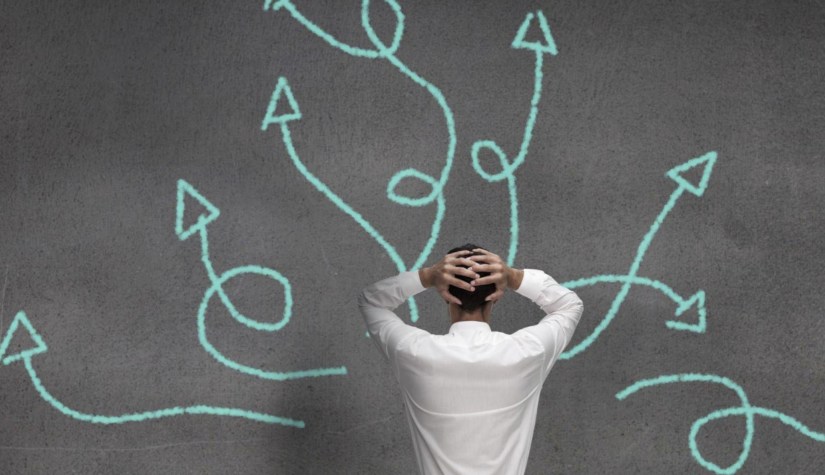 By Robert Woodward – TruePublica: A catch-22 is a paradoxical situation from which an individual cannot escape because of contradictory rules or limitations. This is Britain – caught up in its own Brexit Catch 22. It started its own fire, bought no extinguisher and now everyone is engulfed in its flames where a never-ending amount of fuel is added. It’s like being in hell. Every day is the same – more flames.

If a country could have chosen a worse time in history to have voted for Brexit it would be right now. Britain was a central power broker in a group of countries with a built-in market of 500 million that enabled it to negotiate with the other great power players of the world by pooling their own as one. With Germany, France and Italy, Britain was indeed a global power player with 23 other smaller nations that broadly speaking had to agree with it. The EU made itself stronger in a truly globalised market, at a time of intense challenge to the world order.

Instead, Britain has ended up negotiating itself into the worst possible scenario it could have ever imagined. It now can’t go back or forward. Instead, with this latest iteration of a withdrawal agreement, Britain is attempting to sidestep a fast-moving modern global system, which will inevitably fail.

For the free-trade jihadists, represented by the ERG, Farage’s Brexit Party and their fanboy hedge-funders – the cash machine of chaos is soon to start ringing. For all of their complaints of Project Fear, their fact-free protestations are drowned out by numerous reports, not just from economic experts but government departments. But that’s OK for them.

Right now, Russia is siding with China and between them are rewriting the geopolitical rules in the Middle East, Asia and Africa. The One Belt initiative demonstrates the desire to isolate America and combine Eurasia to a new trading regime. Eurasia is the largest continent on Earth, comprising all of Europe and Asia. Located primarily in the Northern and Eastern Hemispheres. It is home to nearly 5 billion people. The EU is ultimately heading in that direction over time.

And Britain has chosen to walk away from a club that made it safer, healthier and wealthier (in so may ways), making itself more dependent on Trump’s America – a country who chose an isolationist and nationalistic one-way road to institutional racism and neofascism – as its own influence in the world wanes.

America has $20 trillion in direct government debt, a military body that has admitted it spent over $8trillion in 15 years and is unable to account for several trillion more. America’s unfunded liabilities have just been calculated to be an eye-watering £210trillion.

America can no longer afford to be the world’s bully boy. The consequence is that it has chosen to fight the world with economic wars. This could not be demonstrated any better than Trump’s recent announcement that American troops are being sent to the Mid-East, for hire, whilst withdrawing from Syria and leaving their allies – the Kurds to face annihilation. Why would anyone trust America (or Britain that blindly follows) if this is how they treat allies.

I’ve said this before and I’ll keep saying it – America has no friends in the world – it has only sycophants and the frightened. The point for Britain is that the EU provided us with friends – 500 million friends. We negotiated as equals – but like in Orwell’s Animal Fram – we were more equal than others in this club of 28. But now, like America, we have voted for no friends. And just like Catch 22 we can escape club rules but only by delivering ourselves straight into the hands of free-marketeers whose own rules will ensnare us all with all of their exploitative and underhand strategies that by design will make us all worse off.

No Consensus – at all – anywhere

There is a stark reality that everyone should take note of. What we have is the result of a referendum in 2016 at 52/48 to leave the EU. Three and a half years later there is no consensus by the electorate for any course of action. The most popular of electorate scenario’s today is to remain the in EU – but only by 34%. By contrast, no-deal is supported by 23% of the electorate. But then again, if you ask the electorate would they choose no-deal or revoke – no-deal is supported by 34% and revoke Article 50 by 22%. Ask just Leavers and Remainers and bingo – it’s the other way round – no-deal gets 51% support and Remain gets 67% support.

Remain voters can’t agree. On average, nearly four in 10 Remain voters say Brexit should simply be reversed, while about three in 10 opt for another vote. You can guess what Leavers want – the same as they voted for but they can’t agree on what.

On average, during the last month, polls that ask people how they would vote in a second referendum suggest that 88% of those who backed Remain would do so again. Among those who voted Leave, 86% have not changed their minds. If calculated exactly the same, that 2% difference adds 350,000 votes to Remain – meaning the result would simply be even tighter.

This Catch22 was enabled and facilitated by the state and this demonstration of the disintegration of statecraft should tell everyone just one thing. Britain’s system of governing is in terminal failure. Many will tell you that representative democracy and that the rule of law is working exactly as it should do. But how is Britain supposed to thrive in a modern world if our leaders are capable of doing this to the country and no-one can agree on the way forward – for decades? In the meantime, everyone else is still on the bus and Britain is being left behind.

What we are witnessing is a great con. The ERG are full of millionaires that will be doing the exploiting. The Brexit Party who number just 20 political candidates – are made up of bankers, hedge-fund managers and derivative traders – the same crew as Farage and his pals. They represent little more than the Trojan horse of Britain’s demise.

Simon Wren-Lewis is a well-known economist. In his time, he has worked for Her Majesty’s Treasury as a budget-team member for the National Income Forecasting Team amongst other notable roles.

”The reason is that currently Johnson’s proposals for a free trade deal abandon regulatory alignment. They want to reduce workers rights and consumer protection and environmental protection, and that will mean a far less extensive trade deal with the EU than under the backstop. That in turn means that the long term economic costs of any deal will still be large, although obviously not so large and we avoid the short term disruption.“

“In today’s international jungle it will also be more important than ever to have friends, and a no-deal Brexit is the best way to lose them fast. The Commonwealth is too disparate, and will wonder if this is how Britain treats its neighbours, how will it treat them? So Britain may have no option but to turn to the US, swapping 27 firm and equal friends for one big fickle one. Good luck with that.”

These are the comments now coming from dozens of professionals who vastly outnumber economists or experts that support leaving the EU.

But Britain is stuck in its Catch22. The only thing that is guaranteed is that the PM’s latest deal will continue to fail Britain’s long-term interests and will inevitably boost division and nationalism. In a modern world, the EU was in fact, central to Britain’s power. What Johnson, Farage and the Brexit jihadists are really pushing for is a deregulation fest – called the ‘Singapore Scenario‘. Incredibly, Singapore, a median ranking country in the early 1990s for inequality is now one of the worst in the world by ranking 149th out of 157 countries in the CRI Index. It also fell into the 22nd spot out of 23 countries in East Asia and the Pacific in reducing inequality.

In Singapore, tax reductions were met with lower public spending. That is about the only direction guaranteed by Britain’s Catch22. To out-compete the EU – it will have no choice but to do the same. This is why Johnson is already crowing about tax-free ports and promoting the prospect of reduced corporation tax.

It makes no difference if this government or any other government in future does a deal, no-deal, revokes, offers EUref2 or any other combination. There is no accepted consensus with a majority of the electorate for the time being. We are trapped in the Brexit Catch 22.