Mark Curtis: For the British political elite, the invasion of Iraq never happened 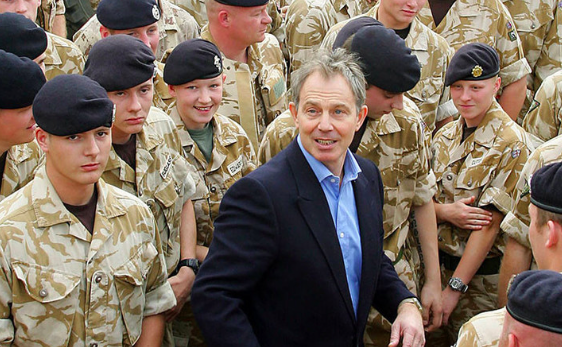 March 20th marked the 15th anniversary of the Anglo-American invasion of Iraq which plunged the country into a brutal occupation leading to sectarian civil war, terrorism and a death toll of hundreds of thousands. Yet in Britain the anniversary marks another year of impunity for the Ministers who authorised the invasion. This lack of accountability for crimes committed abroad is a British disease with a very long history.

No British Minister was forced to resign over Iraq or has been held properly accountable for it, despite the disastrous decision to go to war made collectively by the Cabinet on 17 March 2003. Where are they now, those Cabinet ministers who gave their assent? No less than six of them have since been elevated to the House of Lords: John Prescott, then deputy prime minister, was given a life peerage as Baron Prescott. He is joined by former fellow Cabinet members David Blunkett, Tessa Jowell, Alastair Darling, John Reid and Paul Boateng. Other Cabinet members were promoted following the invasion: Margaret Beckett later became Foreign Secretary, Darling became Chancellor and Reid became Defence Secretary.

What about the main actors? Tony Blair, then Chancellor Gordon Brown and the International Development Secretary Clare Short were subsequently allowed to perform top international jobs: Blair became Official Special Envoy of the Quartet on the Middle East until 2015, Brown became UN Special Envoy on Global Education and Short became chair of the Extractive Industries Transparency Initiative. It is perhaps tragi-ironic that Jack Straw, the Foreign Secretary in March 2003, was later allowed to become Justice Secretary.

Far from paying any price, the British system has rewarded ministers for their fateful decision on Iraq. But not just Ministers. Matthew Rycroft, Blair’s private secretary at the time who drafted the “Downing Street memo” that was central to the build up to the war, subsequently served as UK ambassador to the UN. Earlier this year, he was promoted further to become Permanent Secretary at the Department for International Development.

The basic issue remains: The evidence is overwhelming that the war was illegal and constituted a “crime of aggression” – one of the worst crimes in international affairs. John Prescott himself later said he thought the war was illegal. He is joined in this view by a long list of others including then UN Secretary-General Kofi Annan, former US Attorney-General Ramsey Clark, former chief UN weapons inspector Hans Blix, later deputy prime minister Nick Clegg, not to mention most international lawyers.

When the Chilcot report on the Iraq war appeared in 2016, the media widely commented that it failed to explicitly say the war was illegal. But it did say: “Mr Blair asked Parliament to endorse a decision to invade and occupy a sovereign nation, without the support of a Security Council resolution explicitly authorising the use of force. Parliament endorsed that choice.” The invasion could only have been legal if it had secured such explicit UN authorisation. All Cabinet members were surely aware of this since it is basic international law – even though, as the Chilcot report showed, Blair withheld some key legal advice from them.

Sir Michael Wood, the most senior legal adviser at the Foreign Office at the time of the invasion, was unequivocal, advising the government that military action without UN approval was “contrary to international law” and would constitute a “crime of aggression”. He told Ministers they risked offences under the International Criminal Court Act and for “misfeasance in public office”. Wood’s deputy Elizabeth Wilmshurst, who resigned in protest on the eve of the invasion, told the Chilcot inquiry that “all the lawyers dealing with the matter in the Foreign Office were entirely of one view”.

British Ministers have been involved in war crimes abroad throughout the post-1945 period, as can be seen in declassified government files. In the forgotten war in Oman in 1957-9, when Britain leapt to the defence of an extremely repressive regime against a rebellion, the files show that then Prime Minister Harold Macmillan personally approved British “attacks by rocket on water supplies” and on agricultural gardens – civilian targets that constitute war crimes.

In the mid-1960s, British governments covertly supplied arms to the regime in Iraq to be used to attack Kurds in the north of the country. In 1963, British officials described this as a “terror campaign” involving “the clearing out and destruction of Kurdish villages”. Yet British rockets, to be fired by British supplied warplanes, were provided to Baghdad which were “intended for use against the Kurds”, a Cabinet file noted. No-one, as far as I know, ever questioned ministers about this at the time or when the declassified files were released. What is happening now in Yemen is simply a repeat: ministers are also escaping accountability for their involvement in consistent Saudi attacks on civilian targets such as schools and hospitals – using similar rockets to those supplied to Iraq in the 1960s.

Bribery undertaken by British companies overseas can now be prosecuted in UK courts. But involvement in human rights violations and war crimes can be conducted with impunity. Ministers are thrown out of the Cabinet for trivial driving offences (Chris Huhne) or viewing porn at work (Damian Green) but not for instituting foreign wars involving mass killing. The invasion of Iraq was tragic for the people of that country but for the British political elite it is as though it never happened. Jeremy Corbyn, if he attains power, should make good on his signal to call for an investigation into Tony Blair for alleged war crimes during the Iraq war, and it should cover other Cabinet members too.