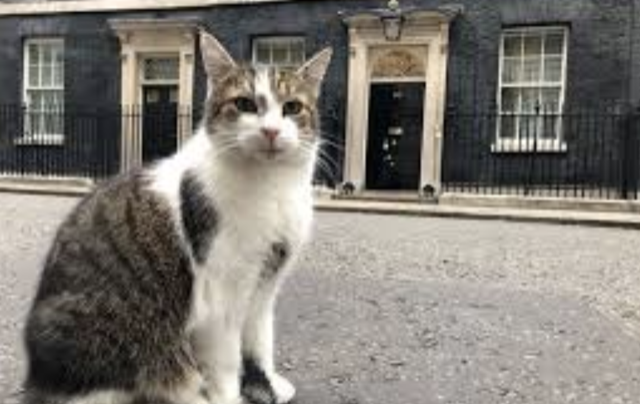 By TruePublica Editor: Only a ‘Carry On’ comedy would be able to replicate the antics being played out in Drowning Street right now – and let’s be fair, it would be truly funny if it wasn’t so serious for everyone else. And even if you’d tried your damnedest to write the script, you simply couldn’t have invented the type of people with such a complete lack of suitability for the highest office in the land than Boris Johnson and his wretched crony’s.

I’m sure many of us think that one day we’ll wake up and laugh it off as a nightmare, that it was an aberration of the mind soaked in the finest wine that France could magic up whilst in our nocturnal slumber.

Unfortunately, the reality of all this theatre, like some sort of warped Greek tragedy in reverse – where the plot is not based upon myths – is that it unfolds before us in real-time and is as bad as it gets (we hope).

We have a Prime Minister who promised to ‘Get Brexit Done’ – a seismic political, constitutional and economic change to Britain’s future prospects – who can’t decide on the most basic of tactics without making an almighty mess of it all.  Crucial judgement calls are needed at a time when the country needs strong, measured and sensible leadership the most and we’ve been landed with a comedian in chief. Johnson is rightly branded a buffoon.

Whilst Boris Johnson was slugging it out over who rules the nest in Drowning street – somewhere between his latest girlfriend and what has since become known as the ‘Mad Mullahs of Brexit’ (in psycho Dom and his sidekick Lee Cain), they all seem to have forgotten what’s going on outside the front door.

Over 50,000 people are dead – many of them as a direct result of Downing Street. The government is now being sued left, right and centre by bereaved families, by lawyers acting on behalf of entire professions, by organisations accusing it of abuse of office, of corruption, of malfeasance.

In the meantime, the economy is expected to shed 11 -12 per cent of GDP this year alone – twice that of the bank-led financial crisis over a decade ago that still haunts many. And whilst you can easily say that all large businesses (those with more than 250 employees) in the UK trade with the EU, some 200,000 small and medium-sized businesses trade with the EU as well. The result is that literally millions of jobs are on the line and households hang in the balance of somewhere between ‘just hanging in there’ and collapsing into the arms of the bailiffs.

Business leaders are up in arms. They have no idea what Brexit really is. No-one has told them because the government doesn’t know. They don’t know if this pernicious government, so used to using the tactics of brinkmanship, will or won’t do a deal with the EU. The reason? – because the mad Mullahs have been punching it out with the moderates who just want to do a deal and repair the damage – and so they can’t decide.

Businesses don’t know whether to spend precious survival resources being used to fight the economic damage caused by Covid-19 on preparing for masses of paperwork and red-tape or not. The ‘fuck business’ policy of Boris Johnson’s administration is the only thing that actually came true – and most of them will be – one way or another quite soon.

In an irony lost on a government so incomprehensively inept as this one, the Kent Brexit lorry park is currently submerged underwater because they chose a place that was known for being flooded in winter. How fitting.

Some of the diversionary support crew in this tragicomedy are vacuous people like John Redwood and Iain Duncan Smith. The former is so unburdened with the intellectual capability he couldn’t recite the Welsh national anthem at the Welsh party conference and the latter so vindictively right-wing as to make Genghis Khan seems like a slightly angry social worker. You only have to say ‘Grayling’ and everyone understands you’re talking about a whopping failure. Other Comedians include James not-so-clever Cleverly who recently said about the lockdown in Wales – “I’m afraid that is what you get when you vote for socialists” (see * below) – only to find his party doing yet another U-turn and doing exactly the same.

Tim Shipman the political editor at The Times writes that “Boris Johnson fears revenge of Dominic Cummings and Lee Cain.” In that article, Shipman says – “A leading Brexiteer claimed that Johnson has lost his focus and could not make, or stick to, any decisions. They said a campaign to expose his shortcomings could be launched soon“. It is almost inevitable that Cummings and Cain will want to strike back out of nothing more than petty vengeance. I have heard the same and also heard that a reshuffle will be designed to transform the look of the government from the current status quo of incompetents to new faces and serious policymakers. Expect Matt the Moonshot and ‘Gav’ at education to be moved into something they can cope with, which is not much. Mark Spencer, the chief whip who oversaw the Rashford catastrophe is likely to be sidelined, and Robert Jenrick likely to be booted into a dark room as head of paperclips.

I’m sure most right-minded people are fed up with all of this. This government have handled everything they have touched badly. Britain isn’t just a laughing stock any more – it is worse than that as the only constant that seems to be doing what he’s supposed to be doing is Larry the cat.

The right thing to do right now would be to call for a national unity government, a broad coalition government consisting of all major parties in the legislature. Britain is in a national emergency and government officials are tribally squabbling over a power vacuum of their own making. This government is drowning in its own incompetence and it’s long due that some sensible adults turned up as people’s lives and livelihoods are at stake.