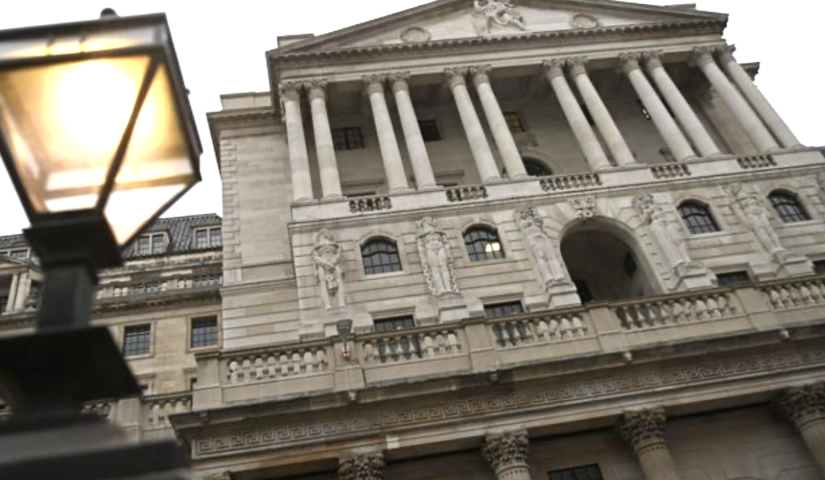 In the midst of a pandemic, and shielded by government economic interventions to save the economy, the real effects of Brexit have been concealed.

We know border controls in Northern Ireland are already causing big problems just as much as it is in Scotland with serious issues over exports. As we enter the summer months and the lockdown comes to an end more light will shine on the problems that Brexit will bring.

Even the Horticultural Trades Association (HTA) are complaining that the supply of everything from garden plants to furniture is already has fallen by around 50%.

The financial services industry has been very busy moving over £1.3 trillion of client assets over to the EU. Then, they started opening small offices to enable trade.

We were told in the press that the industry was just fine and there was no employee exodus from London to Europe.

However, all is not well. The Financial Times has reported that the Bank of England is now demanding that financial services companies in the UK seek its approval before relocating UK jobs or operations to the EU.

The BoE has become concerned that European regulators are asking for more to move than is necessary for financial stability after Brexit.

The FT – “The BoE has taken this stance — described by one senior banker as “increasingly curmudgeonly” — after hearing of several requests from the European Central Bank that it considers excessive and beyond what is required from a prudential supervisory perspective, according to people familiar with the move. Governor Andrew Bailey has taken a personal interest in the issue, they added. UK politicians and regulators have long been concerned that their European counterparts are attempting to poach as much financial services business as possible under the guise of repatriating robust oversight of all euro-related financial activities. They fear the loss of associated jobs, tax revenue and prestige. However, the BoE’s new stance has been criticised as regulatory “over-reach” by international bankers, who feel that they are caught between the politicised demands of the UK central bank and the ECB’s Single Supervisory Mechanism. “Being told in advance of banks’ plans is one thing, but requiring regulatory approval first is quite another,” said one senior adviser to a US bank in London. The BoE and ECB declined to comment. The move also risks further inflaming tensions between the UK and Europe amid delicate political negotiations over their post-Brexit relationship for financial services.”

The EU has still not indicated whether it will grant “equivalence” status to British regulations. Under this mechanism, the EU would recognise UK financial rules as equivalent to its own and vice versa, which restore to London a degree of the direct access to the bloc it lost after the split.

It seems counter-intuitive to say but New York has ‘equivalence’ and is getting new business from London as a result.

The FT again – “Banks that are deemed to be taking unnecessary risk can have their regulatory capital requirements increased by the BoE’s Prudential Regulation Authority. The new BoE requirements not only apply to UK and EU banks but also those from third countries such as the US or Switzerland.”

In the past, financial services companies used London as a base to “passport” their financial services into the continent. Brexit meant that the UK lost this unrestricted access and as a result, many lenders set up or bolstered their operations inside the EU, notably in Paris, Frankfurt and Amsterdam.

Ernst and Young EY estimate that ‘only’ 7,600 UK jobs have been transferred, but as previously mentioned this has also entailed £1.3tn in assets transferred to the continent. EU regulators have insisted that banks cannot operate small “brass-plate” entities inside the bloc, with top executives, risk-taking staff such as traders and compliance officials remaining in London.

The BoE’s Prudential Regulation Authority accepted this stance and in the run-up to Brexit. At the time it required lenders to draw up detailed models for what their businesses would look like initially and over a longer period of time. These were known as “day 1” and “day 2” plans. However, the BoE now believes that the EU is trying to force banks to go beyond the agreed “day 2” planning, the people familiar said.

“The PRA is concerned that “ad hoc” requests to transfer more business and leadership could undermine the safety and soundness of lenders’ London-based operations.”

There is still a considerable amount of uncertainty as to what the final outcome of Brexit really means for the British operations of the financial services industry as far as the EU is concerned. One thing we can say with certainty, the BoE is acting (more than likely by the order of the government) to stop the industry from haemorrhaging employees and assets by demanding new restrictions. In other words, these actions would not be required unless a little ‘panic’ was setting in.