Predictions for 2019 – What will likely happen 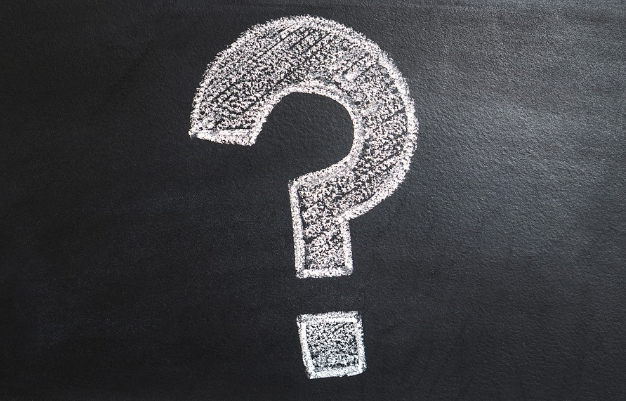 TruePublica Editor: In today’s world, making predictions is far more difficult as both political and economic environments are rapidly changing, which is destabilising domestic and international affairs. Who would have thought in 2015 that Donald Trump would become the leader of the so-called free world, that Britain would be the first EU nation to leave the EU, that trade wars would be commonplace and that the far right would become mainstream?

In 2007, I predicted the financial crisis. I also predicted a decade of financial turmoil that would eventually lead to an entire generational conflict between young and old. Whilst I did not predict Brexit at the time, but on reflection, it does seem to fit that initial thought.

I also predicted that neoliberal capitalism was eating democracy alive and that the corporations would end up wanting so much power that civil society would eventually push back – and there are strong signals that is now happening, all over Europe.

As for the EU, my thoughts for 2017 were that the 28 nation bloc would start to fracture into several distinct regions and not disintegrate as many others were predicting. Notably, the Russian border countries are heading in that direction with Hungary not that far from becoming the EU’s first rogue nation. I also thought that the southern Mediterranean region might even eventually split away from the Eurozone. A defiantly populist Italian government is already the single biggest threat to the eurozone for the year ahead. Italy’s rising and unsustainable debt levels and very fragile banking sector could be decisive in the year ahead.

After the EU referendum in 2016, I always thought the underlying geopolitical architecture of Brexit was based around an Anglo-American trade deal of sorts and that is playing out exactly as I thought. I even wrote a book on it. (£5.99 and you can email it to a friend for Christmas!)

Brexit is a disaster if you look at this from the perspective of democracy in action. But if you look at it as an operation being conducted from within, perhaps it is on track. Are the Tories so destructive that they would impoverish the nation and throw their party into the political wilderness – or is there some sort of plan? Who knows?

Personally, I think that crashing out of the EU with no-deal is less likely. It is much more likely that the UK will end up out of the EU in March 2019 in a so-called “managed no-deal”. This does not avoid political tensions of course, which will continue for years but it might avoid disruption in areas such as air travel, imports of medical and food supplies and the like. It is a fact though, that even if this managed exit were the case the EU-UK withdrawal deal would remain unratified. Political infighting is all but guaranteed.

Currently, Theresa May is taking a huge gamble. She is banking on an eleventh-hour deal. It will be Mrs May’s deal, or something similar to it, and for the sake of the country, it might just squeeze through the House of Commons. The likelihood though, is that the inevitable paralysis caused at Westminster, given that there is no parliamentary majority for any version of Brexit, will push May’s government back into the folded arms of the EU where an extension of the withdrawal process will be requested.

From there, it becomes much more likely that there will either be a general election or a second referendum. One of the options on a second referendum is of course, likely to be whether to stay in the EU. But even the question to be put to the nation will cause huge political rows.

The other issue to watch is a constitutional one. Scotland will defy Westminister on independence. Not much is likely to happen in 2019 but sources tell me that the groundwork is being laid for IndyRef2 sooner than the government has allowed for.

Brexit is distressing to watch no matter who voted for who. When the public really find out what Brexit is going to cost there will be outrage.

One thing is for sure – the entire handling of this matter from David Cameron’s thoughts of allowing an EU referendum in the first place has been little less than anarchic.

Irrespective of what happens, Britain’s economy will enter recession and by the last quarter of 2019, the severity of it will become more calculable by its pace and momentum. Fingers crossed that as recessions go, it is not as the Bank of England has predicted.

The normalisation of the right wing

Brexit, Trump and populism can be seen as the first concrete steps in a dramatic political shift toward the far-right that is increasingly gaining traction across the Western world. The reality is that economically speaking, the peak of prosperity has come and gone. People are getting poorer and will continue to get poorer. At best living standards are in a period of longer-term decline. The perpetual growth model left us in 2008 when the political parties of the centre ground failed unanimously to deal with the structural failures of the economic system that had been constructed post-war. And people are blaming social democracy for that failure.

The result is that Western political systems and the institutions (and corporations) that support them has been completely discredited. The over-arching problem is that policy decisions have served those institutions, not the people they were designed to serve. This has paved the way for the legitimisation of far-right politics that is becoming increasingly shrill in recent years and it will rapidly shape the Western world in the next few years. In 2019, expect to be reading more about the rise of populist leaders and reactionary legislation attempting to curb its progression.

Donald Trump’s America is now the new norm. In a type of pincer movement, the United States will undoubtedly escalate its strategic offensive against China economically with more tariffs, sanctions, and regulation around technology. In this vein, it will use national security and economic threats to push Europe, Japan, South Korea and Taiwan to blunt further Chinese investment in their backyards. It will do the same with its other ‘Five-Eyes’ partners in Britain, Canada, New Zealand and Australia.

In the meantime, the European Union’s trade talks with the United States already look as though they are dead in the water and relations will continue to look more like adversarial ones than traditional trading partners and allies. 2019 will see an increasingly frustrated EU react more assertively to defend what it sees as the cause of its economic and security woes.

AI will play an even bigger role in our lives as each year passes – that is inevitable whether we like it or not.

On the ethical side of the argument Talend‘s CTO, Laurent Bride, is cautious, saying: “Questions around data morality will slow innovation in AI.” Bride’s point is that now that we’re getting over our AI worship and are trying to make it useful, we are appreciating the moral and ethical dilemmas better. He believes that immediate innovation will pause (not sputter) “as researchers try to hash out a fair, balanced approach to machine-made decisions.”

On the other hand, there is an uncomfortable reality we should get used to. Criminals will be using artificial intelligence like never before and there will be more nation-state backed attacks. The Internet could be held hostage in some way and dangerous chatbots will proliferate. We know that over 60 per cent of social media is now made up of non-human interaction, the internet itself is following quickly towards that figure. Propaganda and fake news will increasingly be controlled by AI systems. There will, of course, be more malware and spyware. Western governments will continue their move towards the 360-degree surveillance architecture over the citizenry as they have always dreamed of and AI will drive it.

Technologies such as facial recognition, biometric data and other collected personal data will end up on a centralised government database. The British government have already announced a centralised biometric database. Given the lawlessness of the state and their cavalier attitude towards matters of privacy, it would surprise me none to hear in 2019/20 that a combined government database on every person (from birth) emerges. The negative consequences of Brexit will also have consequences. Politically motivated groups could well start to intimidate the government, who in turn, will illegally use these new technologies to identify individuals for special attention.

There were a number of predictions by some of the most notable economists around the world that seemed to unanimously agree that a global downturn would arrive in mid-2020. I predicted last year and emphasised last June that the downturn would be upon us in late 2018.

As 2018 draws to a close, investors are unsettled, volatility is spiking and most investment portfolios are well in the red. Typical asset classes such as property and stocks are falling all over the world. There are already large setbacks in global equity and emerging markets. Bonds, credit and many hedge funds have left investors leaving the year behind bruised and battered. Cryptocurrencies will continue to crash and burn.In 2019, declining market activity is likely to continue and business closures will increase as growth slows. Typical returns on capital will stall. In turn, all these indicators will create uncertainty, disposable spending will fall and the recessionary cycle will get into full swing.

After a decade since the financial crisis, banks have accumulated over $600 trillion of derivatives worldwide. Germany’s Deutsche Bank is at the top of a pile that could implode any day, which could cause an economic shock like no other. In May 2007, a single share of Deutsche Bank would cost you 117 Euros, today it is 7 Euros. As they say, watch this space.

The world seems to have been traumatised in 2016 when Trump and Brexit became reality. These were merely manifestations of a catastrophically failing economic and political system that simply could not be sustained in the West. The likelihood that 2019 will provide more domestic and international turmoil is already written large on the wall.

Over the next two years, there will be a game-changing level of speed and connectivity to underpin the long-awaited transformative technologies such as the “internet of things,” virtual and augmented reality. Artificial intelligence processing as mentioned will be in full swing with 5G at its heart. This will be the next big thing and it will bring yet more interference into our private lives and continue to disrupt community life. Wireless tech including WiFi has also brought us some health issues, 5G is one that makes matters worse, not better even though the toys that deliver it will seem quite amazing.

Lastly, here at TruePublica, we wish all our readers and loyal subscribers a great Christmas holiday and good luck for 2019.