Retired Brigadier: “In the UK we believe in the rule of law, not vigilante justice” 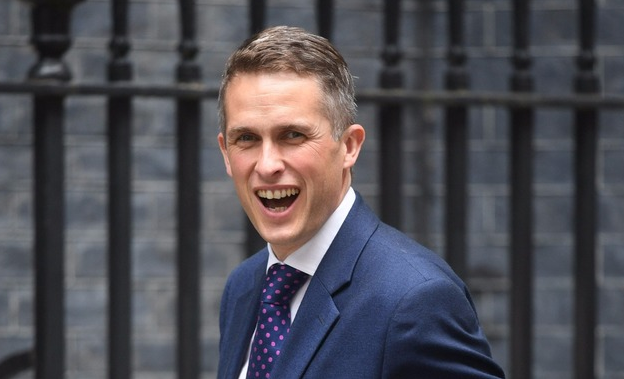 By John Donnelly – Liberty-Human-Rights: Defence Secretary Gavin Williamson has said British people fighting with Daesh in the Middle East should be hunted down and killed to prevent them from returning to the UK. Retired Brigadier and the Army’s former Director of Personal Services, John Donnelly, explains why such a proposal could radicalise others, rather than keep us safe.

As a former soldier who has had his fair share of operational deployments, I abhor the statement from the Secretary of State for Defence this morning about British citizens who are fighting overseas with Daesh. His ill-judged comments advocating illegal assassinations are not only wrong – they’re dangerous.

I do not support, sympathise with or condone anyone going to fight with this barbaric and reprehensible organisation. However, there are appropriate processes for dealing with those who do so and then seek to return to this country – and that does not include extra-judicial killing.

There are laws that apply to armed conflict for a reason. They ensure that, when the Ministry of Defence and soldiers get things wrong, they must engage with independent processes to put them right.

Adherence to those laws, and to the values of the British Army, is built into the DNA of our Armed Forces. They fight for the democratic principles we live by in the UK.

Soldiers believe in fighting fair, and in fighting for a greater good. The Defence Secretary’s approach would lower our standards to those of our enemies. It would tarnish the British Armed Forces’ reputation around the world, and put people’s lives at risk at home.

Asking people who serve their country to deliver a simplistic and unlawful solution to a complex problem is wrong – and it’s unlikely to stop-up the well-spring from where these (predominately) young men come. Rather than making us safer, it will inspire others to join this brutal cause.

Taking life on military operations is something our soldiers take incredibly seriously. It can be a debasing process. And that’s why our Armed Forces insist on setting and maintaining such high moral and ethical standards when conducting those operations.

Upholding our high standards on operational deployments is a hard task, often referred to as “fighting with one hand tied behind your back” – but that is what being a liberal democracy entails.

This task has just got harder if Mr Williamson is proposing to tear up the rule book. “Sow the wind, reap the whirlwind”.

The lawfulness of the drone strike against Sally Jones