‘Taking back control’ – democracy to be savaged behind closed doors 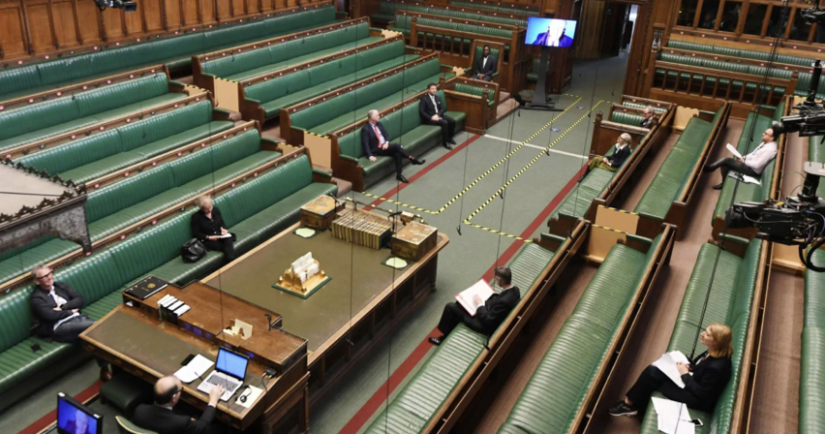 TruePublica Editor: Just two months it was reported by RSF (Reporters Without Borders) that Britain had once again fallen down the rankings of world press freedom. Leaving aside the Tories legislative programme of slowly taking away our right to protest, of free speech and to have a free press – this decline was exacerbated by two journalists needlessly held on bail for months as a result of protecting their sources. This is not a well publicised fact – but the state arrested and held British journalists using the usual cover of breaching national security. The police raid on their offices was described as – “sucking out every single piece of information even though only 2.5 per cent related to the investigation.” Years worth of closely held sources, data, information, statistics and so on was effectively stolen.

Amnesty International said – “Amnesty is deeply concerned at the arrests of two of the most widely-respected journalists and the seizure of documents and computer equipment. This has sent a shiver of fear through the media and we are in no doubt that press freedom is now at grave risk.”

New legislation is soon to be put forward that will see journalists, editors and whistleblowers thrown into prison under espionage laws for revealing information of public interest that the state does not want the public to know.

Since Boris Johnson’s victory at the polls last December there has been a dramatic increase of complaints against Tory manipulation of information and of interference even of the mainstream media. ITV and Channel4 have bitterly complained about being locked out of interviews, briefings and media events. The BBC has been constantly threatened by senior Tory MP’s who have been truly shocked at the scale of adjustments they are having to prepare for as a result.

As openDemocracy says, the “Government is accused of attempting to isolate and punish critical coverage by boycotting media outlets.”

This week, several prominent international organisations monitoring press freedom have written to Boris Johnson asking him to overturn the ban of media outlets from press briefings. Their response was to not respond and then end weekend briefings – presumably because the government has something better to do in the middle of the pandemic.

The letter of complaint from the Media Freedom Rapid Response (MFRR), which is signed by organisations including European Centre for Press and Media Freedom (ECPMF), Article 19 and the European Federation of Journalists, criticises the government for its attempts to “restrict media scrutiny of its policies and discredit critical reporting”.

This is the reality of the British state today. 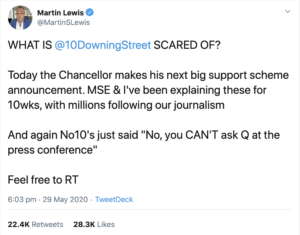 Then we have Jacob Rees-Mogg, Leader of the House of Commons exercising what he thinks is his god-given right to push 18th-century rules upon elected representatives. The ridiculous new voting system was pushed through on Tuesday, even though many MP’s were physically unable to vote (and complained about it). It’s not going to be much of a surprise to learn, for instance, that there are more Labour MP’s over the age of 70 than there are Tory MP’s in the same age bracket. Those that are been ‘shielded’ now have no voting rights. They have not even been allowed votes by proxy. Then there’s the degree to which proper scrutiny and debate will take place over the 50 MP’s allowed in the Commons to vote on all manner of Bills going forward. It all adds up to the suppression of democracy. And this is a government about to push through Bills from Brexit to human rights, from press freedom and surveillance to deregulation.

‘Taking back control’ was a slogan designed to wrestle power from the European Union and hand it to budding dictators like Jacob Rees-Mogg and those with strong authoritarian tendencies like Boris Johnson and Dominic Cummings.

Britain is the most surveilled state in the West – very soon it will resemble, by what a former MI5 Intelligence Officer describes as a “techno-Stasi state.”

So many of our hard-fought for rights; rights that parents and grand-parents battled for, have been taken away in the last five years – you can only imagine how much of our democracy, of the media, of privacy and the most basic principles of human rights will be lost by the time we reach 2025 with these people in power.

We should not forget that dictators and demagogues often step forward when democracies wear themselves out. Ironically, Britain’s weakened democracy is now about to be savagely beaten behind the closed doors of the House of Commons.