The birth of a new English state 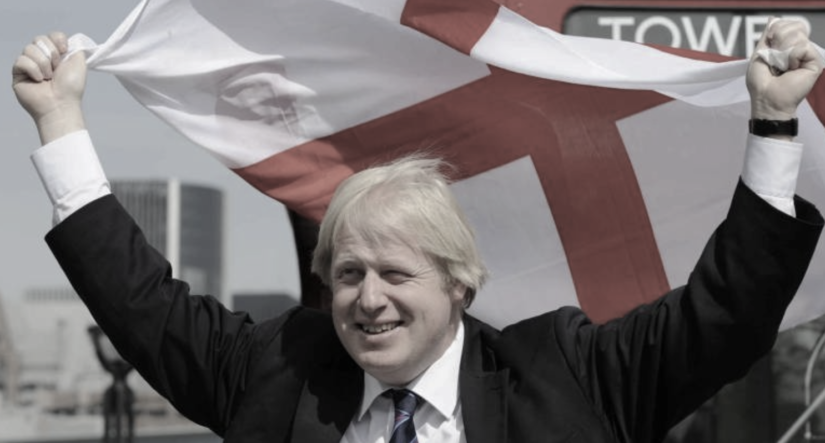 By Mike Wayne – The right’s New Jerusalem: The birth of any new nation-state typically requires revolutionaries. And the British and Unionist Conservative Party is today the (perhaps surprising) political agent of a potentially new English nation-state. For this is not a Conservative party that is interested in conserving anything, least of all the conditions for keeping the United Kingdom’s constituent parts together. The threat of a no-deal Brexit is looming, support is growing in Scotland for independence, and in Northern Ireland the prospects of a Border Poll that could lead to a United Ireland are accelerating. Even in Wales, support for independence is rising.

Boris Johnson’s rhetoric around the so-called ‘surrender bill’ designed to stop a Halloween no-deal crash-out is pitched squarely at an England still trapped in the last reel of a Second World War movie. And it could play well with the electorate. A hard Brexit of some sort before or after the presumably imminent General Election could see the constituent parts of the British state peel away, leaving the English state standing alone. And the New English state will not be pretty.

Firstly, England has a strong centralised state, around which it has wrapped a supra-national political unit called Britain – including Wales and Scotland and the United Kingdom, which included the whole of Ireland from 1801 until 1921 and now Northern Ireland. This wrap-around state construction was designed to stop Scotland and Ireland being a place where European enemies could launch intrigues and attacks. So English nationalism taps into centuries of distrust directed at European powers and is itself a power-hoarding apparatus.

Secondly, English nationalism demands a muscular military presence able to project itself internationally as befits a country with an imperial legacy that it cannot quite leave behind. Britain’s Imperial adventures around the world meant that its conservative political culture never really saw itself as a European power, but as a world power. England solved the problem of not being able to dominate Europe directly due to its own geographical position and the relative strength of other powers (Spain, France and eventually Germany), by conquering territories elsewhere that could not withstand its military and economic power.

Thirdly, English nationalism depends on powerful ideological resources around British exceptionalism. For example, an island nation protected by the sea and the White Cliffs of Dover with an unbroken political order that has avoided internal revolution or external invasion for hundreds of years. Central to this appeal to deep historical continuity is also the constitutional monarchy – which reconciles tradition and freedom, hierarchy and liberty. This exceptionalism and constitutional monarchy became all the more pronounced following the French revolution where attempts at radical change could be said to lead to tyranny. However, conservative gradualism is just one of many conservative moral-cultural reflexes that have been liquidated by neo-liberalism.

Finally and most importantly, England is the heartland of a historic commitment to a brutal free-market political economy. This last point is crucial for understanding recent history. English nationalism is the means by which conservatism displaces the anger and discontent which its own economic policies produce, onto a series of scapegoats. EU Brussels bureaucracy and inward migration from the EU are only the latest in a long line of such scapegoats. However, conservative English nationalism has yet to acquire any lucidity about is its own fraught and contradictory relationship with the British state and the political forces mobilising English nationalism which themselves remain, formally at least, committed to ‘the Union’.

Thatcherism forged the template for the contemporary English nationalism that we see today in the Brexit crisis. Thatcherism flaunted an aggressive foreign policy (the war in Ireland, the Falklands war, a virulent anti-communism and pro-nuclear policy) that invoked the imperial past, aggressive militarism, unstinting Atlanticism, and a hefty dose of xenophobia and racism to wash it all down.  Alongside the aggressive foreign policy was a new authoritarian populism (the term coined by Stuart Hall) that attacked social democratic rights and civil society institutions as the preserve of elites who thought they knew better than ‘the people’ (understood as consumers not citizens). How familiar that sounds today, from Michael Gove’s dismissal of ‘experts’ in 2016, to Johnson’s framing of the forthcoming election as one between Parliament vs the People.. And of course, Thatcher herself was deeply Eurosceptic, seeing in it, as today’s Brexiters do, a threat to the conservative national identity from where they draw some of their powerful ideological wellsprings (the British legislature, the British judiciary, the British army, etc).

English nationalism was reforged by Thatcherism in order to extricate itself from the British social democratic project. While successful at a domestic level, in the late 80s and 90s, it was unable to extricate itself from the EU project. The right had historically viewed with antipathy a continent which it regarded as having been bypassed by conservatism on the way to building a global empire. Thatcher’s anti-EU stance was an important factor in her being deposed, of course. But today it’s returning – unfinished business that now threatens not just the remnants of British social democracy but the British state itself.

“Thatcher’s anti-EU stance was an important factor in her being deposed, of course. But today it’s returning – unfinished business that now threatens not just the remnants of British social democracy but the British state itself.”

Thatcherism had never really disappeared, it just lost its leading position within governing elite circles. Tony Blair’s tenure as Prime Minister grafted a new set of political and cultural options onto a broadly similar neo-liberal political economy. But the paradox is that the pursuit of that broadly similar political economy sowed the seeds for the Thatcherite version of the same project to be resurrected (on steroids). As inequalities deepened during the Blair years and then culminated in the post-crash austerity project enforced by the Conservative-Lib-Dem coalition government, so deep resentments against Westminster seethed. And it was Thatcherite nationalism (stretching across the ERG wing of the Conservative party and into an ascendant UKIP) that was best placed to capitalise on this. They have the best displacement mechanisms that can transform economically generated pain into various cultural consolations. This is because they have the cultural reference points and images most deeply embedded in the major institutions. It is their rhetoric that strikes the emotional chords most powerfully (‘Take Back Control’). Against these displacement mechanisms, neo-liberal liberalism (stretching from Cameroonian Conservatives, across the Lib-Dems and deep into the ranks of the Parliamentary Labour party) has no answer, at least within England. At the same time, the neo-liberal liberals may have torpedoed the only political project that could have offered an alternative in the forthcoming election, namely Corbyn’s alt-left Labour party.

“The Thatcherite revolution transformed Britain but at the cost of opening up fault lines that led to the 2014 Referendum on Scottish independence. The second Thatcherite revolution, if it transpires in the form of a hard Brexit, will likely lead to a second (and successful) independence poll for Scotland. From there the dominoes are likely to fall, with Northern Ireland and even Wales (in time) going.”

Angela Merkel recently warned of the dangers posed by Britain if it were to become a ‘Singapore-on-the Thames’ free market economy on the edge of Europe, attracting investment by undercutting the EU’s floor in standards and regulations.

Merkel and other European leaders are acutely aware that the neo-liberal extremists are even more committed to the market abandoning social responsibilities than the EU is. Yet this is not a vision that has much traction outside of England and pursuing it threatens to unwind the supra-national political construct that the English state once wrapped around itself. It may be a case of unintended consequences. It may be consequences that the English nationalists do not believe will really happen. How, they might think, would anyone want to leave a country graced with the likes of Johnson, Rees-Mogg and Priti Patel at the helm?

It may be that in the end, as polling indicates, they and their party members do not really care. Conservative English nationalism is the content that is slowly bursting through the political form of the British state, liquidating its apparently most cherished construct. Unlike Scotland, England’s leaving will travel further and faster in the very direction that is causing the problems in the first place. The New Right’s Jerusalem, if it comes to pass, will consume itself and everyone in it.

Mike Wayne is a Professor of Media at Brunel University and author of England’s Discontents: Political Cultures and National Identities Pluto Press 2018. This article also appeared at openDemocracy