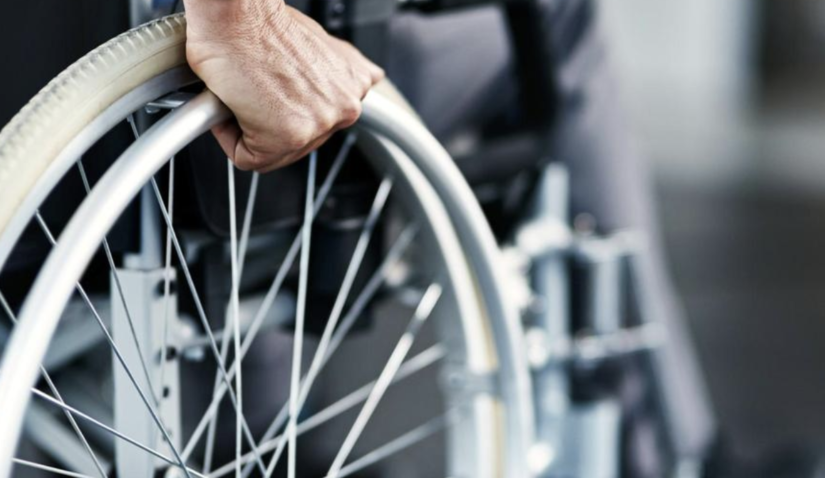 By Mo Stewart: Independent Disability Studies Researcher: It was always going to happen. If the public are manipulated for long enough, sooner or later the public will provide the necessary authority needed by government to manipulate them for much longer.

This has been emphatically demonstrated by the results of the general election in the United Kingdom (UK). Another right-leaning neoliberal government, devoted to America, has now gained what is a resounding public mandate to leave the European Union, to demolish the National Health Service (NHS) regardless of pre and post-election promises by the Prime Minister, and to continue to successfully terrorise those in greatest need who are unfit to work due to illness or disability.

Some of the poorest areas in the UK’s traditional northern Labour Party heartlands, that had suffered more than most since 2010 during the enforced and totally unnecessary adoption of austerity measures, voted Conservative for the first time having been convinced by relentless political rhetoric that leaving the European Union via Brexit was in the UK’s national interest. It isn’t.

Whilst the politics of power, profit and greed created by various Conservative social policy reforms have been adopted by the Department for Work and Pensions (DWP) and are well documented, the politics of fear does not attract as much attention. The human consequences of using the politics of fear are rarely given priority, and the preventable harm created by the adoption of welfare reforms with increased use of punitive sanctions is neglected.

They can be sanctioned up to a maximum of three years, which means that all those who starve to death due to having all income removed are, quite literally, killed by the state.

There seems to be little comprehension demonstrated by the general public regarding the catastrophic human impact of DWP sanctions. Benefit sanctions means the removal of all income for out-of-work benefit claimants, who are punished by the DWP for some claimed failure to comply with DWP requirements to access state benefit. These are usually minor failures, such as failing to attend an appointment with the Job Centre and despite cancelling the appointment, for example due to illness, the benefit claimants are still sanctioned. They can be sanctioned up to a maximum of three years, which means that all those who starve to death due to having all income removed are, quite literally, killed by the state. There is no reprimand and no-one held to account as State Crime by Proxy is routinely enforced to resist funding out-of-work state benefits.

Psychocompulsion enforced by the seemingly unaccountable DWP guarantees that those in greatest need live in fear of being sanctioned, and the chronically ill and disabled community have been sanctioned more than any other group as administration staff excelled at their new found power to punish the poor, in keeping with government social policies.

The economist and Glasgow research fellow Dr David Webster of the University of Glasgow is the leading UK academic expert regarding the use of sanctions and their negative impact. Webster regularly provides evidence for the Work and Pensions Select Committee and has described the use of sanctions for claimants of social security benefits as “Britain’s secret penal system” and insisted in an article in the Guardian in 2017 that “Benefit sanctions should be a thing of the past.”

In his 2019 review of the 2013-2018 Welfare Conditionality Project, Webster exposed the realities of the increased use of sanctions in the UK:

“But, over the past three decades, in the UK and across the developed world, there has been a dramatic shift to increased conditionality, accompanied by increased harshness in penalties. This has been linked to a decline in commitment to social insurance as a collective protection against loss of income caused by unemployment or sickness, and a rise in the belief that social security (now increasingly called ‘welfare’) should be used as a means of coercion for the unemployed or workless people who are thought to need to be ‘activated’. Along with these changes has been a hardening of public attitudes towards the unemployed… The system reached its peak severity under the Cameron governments…

Conditionality and sanctions are essentially based on an assumption that unemployed people are not full citizens suffering a temporary misfortune, but are a different and lesser kind of person who does not deserve to be treated the way the rest of us expect to be treated. Their situation is their own fault; they are takers, not givers; shirkers, not workers; they do not know what is good for them, but need to be told by the state; they do not respond to suggestions made reasonably, so they must be compelled to do so. These beliefs can be shown to be false, but they are not just about facts; they stem from a lack of commitment to equality and social inclusiveness. It is no coincidence that the rise of sanctions has gone step by step with the rise of the neoliberal order”.

A disturbing 2015 inquiry into the use of sanctions included evidence from former DWP staff, who described how they’d been forced to sanction benefit claimants to reach the required government targets.

Together with the welfare reforms schedule, the excessive use of sanctions, and the human consequences of using them, successfully manipulated those who were deemed to be the biggest drain of government funding: those in greatest need with an expectation that the UK government still had a welfare state adopted to protect from destitution. Since the adoption of austerity measures the UK government has created destitution, with the inevitable demand and growth of food banks. Countless numbers of claimants now no longer claim social security benefit, have not found employment, and have simply disappeared from the system. No-one is asking what happened to them. So long as they no longer make any financial claim from the state, no-one cares what happened to them.

A disturbing 2015 inquiry into the use of sanctions included evidence from former DWP staff, who described how they’d been forced to sanction benefit claimants to reach the required government targets. Iain Duncan Smith, when Secretary of State for Work and Pensions, had spent five years successfully demonising those in greatest need when advised by extreme right-wing think tanks and one former Job Centre adviser wrote a play demonstrating how “as a jobcentre adviser, I got ‘brownie points’ for cruelty.”

The general public were successfully indoctrinated to believe that anyone receiving out-of-work social security benefits were idle. Clearly, they should be forced to seek work via the use of brutal sanctions as the public were successfully manipulated by the many false claims in the national press, most of which are owned by billionaires who support the Conservative Party.

Now that Boris Johnson has a resounding majority, the UK will effectively become an American sub-state, forcing through policy which is influenced by America or is to the benefit of American institutions, which is a threat to the NHS and to other public services. As for those in greatest need, they will continue to be treated with contempt by the DWP and deemed to be nothing more than a drain on public resources by the latest extreme right-leaning UK government.

The politics of fear will continue, and many more people in greatest need will inevitably suffer brutal sanctions, with the risk of starvation and death, simply because they are too ill to attend a routine meeting with the Job Centre.

Eventually, the British people will regret the result of the latest general election.