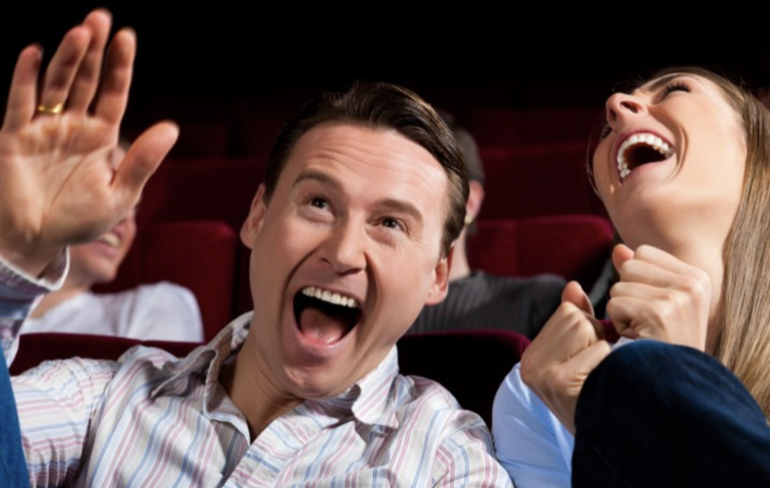 By TruePublica: The 2020 Democracy Index from the Economist Intelligence Unit found that democracy had deteriorated in all seven regions of the world for the first time since 2010, driven by government measures to address the Covid-19 emergency. And while the biggest regressions were in authoritarian regions, the report said that – “the removal of individual liberties in development democracies was the most remarkable feature of 2020”.

Given the circumstances of 2020, it is hardly much of a surprise that this report focuses on what governments’ did around the world or that anti-democratic manoeuvres such as lockdowns featured. Frankly, this report seems flawed in so many ways as public health in a pandemic should be the first priority of government as democracies temporarily waive their rights in order to preserve life. After all, the first duty of government is to protect its citizens from harm. Many countries in the index have moved places and this is again hardly surprising.

I’m not sure how The Economist really does weigh up democracy versus authoritarian outcomes amid a global pandemic when China last week recorded 11 Covid related deaths last week and Britain recorded 8,051. And whilst that last comment could be contested in so many ways, consider that Taiwan – also an island nation with a population of 24 million crushed onto a landmass one 14th the size of the UK has recorded just eight Covid related deaths throughout the global crisis. It also rose quite a few places above Britain in the democracy index.

Quite mystifyingly though, The Economist Democracy Index manages to see Britain’s democracy improve during 2020. It also makes mention that this democratic improvement was one of only three in continental Europe that improved.

“Despite continued Brexit-related uncertainty and persistently high levels of polarisation around the outcome of the referendum, the UK’s score remained stable. The return of a stable majority government able to implement its mandate following two years of paralysis improved the electoral process and pluralism score, which counteracted declines in the civil liberties and functioning of government scores brought about by the strict lockdowns and short notice given to parliament for their enactment. Overall, the UK’s score remained virtually identical, moving from 8.52 to 8.54.”

And yet in 2020 – reports of democratic abuses by the government in Britain was practically a daily occurrence. It got so bad that by October, Benjamin Ward, Deputy Director of Human Rights Watch said – “the speed and scope with which Boris Johnson’s government has tried to override democratic checks on executive power is alarming.”

Did The Economist forget that the suspension of parliament was designed to prevent proper scrutiny of its plans for Brexit? The government only backed down only after the Supreme Court ruled the move unlawful.

Did they forget that the government was openly ‘gaming appointments to parliamentary committees that scrutinise its policies‘, and even engineer its preferred candidate to lead the Liaison Committee, the only committee that can summon and question the prime minister?

Did they not see that the government has also used numerous decrees and fast-track laws in ways that cut parliament out of the law-making process in all sorts of areas that affect our lives – not just in their need to handle Covid?

Ward went on to say – “The ways in which the UK government has undermined the country’s independent legal system is long and growing. It wants to water down the power of British courts to review government decisions. Both the prime minister and home secretary have pilloried the legal profession, dismissing human rights lawyers as “activists”, “lefties” and “do-gooders” merely for doing their jobs, and last year’s Supreme Court ruling against the closure of parliament prompted some Conservative MPs to call for its abolition or describe the ruling as a judicial coup. Lawyers have warned that such high-profile public criticism of their role puts both them and their staff at risk.”

We should not forget that the government has made no secret of its absolute disdain for the Human Rights Act – a key tool for protecting people against government overreach. And we should not dismiss that there are now new laws that create de facto immunity for torture and war crimes committed by British troops overseas – and murder on the streets of Britain by MI5 officers and even their informers. All of this is now lawful and it’s no different to extrajudicial murder.

On top of this, the undermining of media freedom has been significant. Downing Street restricted certain media outlets’ access to its press briefings, and we’ve since learned that journalists who ask the wrong questions have their names placed on blacklists. Government social media accounts have also been used to criticise journalists – indeed, some have deliberately put journalists in real danger. All of this makes it much harder for real journalists to perform a vital role, that of scrutinising the government and informing the wider public about it. Believe it or not, some mainstream media outlets do in fact still do this and without them and without independent media, we would be living in some sort of despotic regime.

It was only a few weeks ago that we learned that Michael Gove directs an ‘Orwellian censorship unit’ – designed to stop the flow of Freedom of Information requests – because the government does not feel it should be accountable. In a democracy, it is – that’s the point.

The Economist makes no mention of that fact that the official Leave campaigns made it abundantly clear that Brexit would mean a deal, and an easily negotiated one too. We got a hard Brexit, one that was painfully drawn out, and one that is now seriously damaging Britain’s economy and global standing. That is not democracy in motion because no-one voted for a hard-Brexit. They voted for what was promised.

The political power grab in 2020 saw Boris Johnson get unprecedented powers not seen in Britain since the 1500s. Type the keywords Boris Johnson Henry VIII and your search engine will provide dozens of search results with something along the lines of “ruling by decree.”  One even goes as far as to publish public reaction to it, an example being – “Congratulations to Boris Johnson who is now just three wives short of Henry VIII bingo.” Did the Economist not read the headlines in 2020?

InFacts reports that the power grab is a “power grab without accountability” and that “the breadth of these powers are enormous.” Electoral Reform says –  “We’ve seen time and time again how hoarding power at the centre holds back democracy.” openDemocracy (it’s in the name) says that in 2020 – “Johnson’s actions are closer to those of an autocrat” because “Johnson’s government has stripped individuals of rights, attacked the rule of law, created barriers to trade, and expanded the power of the centralised state. Sam Fowles, the Former Director of Representation at the University of St Andrews, now at the University of Birmingham Law writes in relation to Brexit – “In reality, [Johnson’s] government has removed more freedoms than any since Pitt’s “English Terror” of the 1790s.”

An editorial in the Financial Times noted that “Britain will forfeit any right to lecture other countries on their democratic shortcomings” as a result of Boris Johnson’s desire to force through his own agenda. An editorial in the Washington Post opines that Johnson is playing a game – “of a wider trend of demagogic executive rule seizing democratic politics”.

The Peterson Institute For International Economics laments that – “Boris Johnson’s power grab has recklessly undermined democracy.” I could go on – in fact, I will because there’s so much more to say about it.

In late 2019, Boris Johson sacked 21 elected members of Parliament – the very people who were elected by their constituents – simply for disagreeing with his agenda. And that agenda? They were branded ‘rebels’ by winning a vote to override a Commons rule that says only the government can propose new laws.

Did The Economist not consider any of these reports, articles or headlines that the rest of us saw?

“New laws to curb protests which threaten democracy” is quite the phrase. We have a five-yearly democratic event which hands absolute power to the Government. In the years that follow, the right to protest is all there is of democracy. Be very afraid.”

Other traits of a failing democracy are not hard to spot.

In October – The Independent reported that -“Boris Johnson was condemned for ‘appalling’ Tory alliance with neo-Nazi and anti-Muslim parties across Europe.”

In January last year, environmental activists at Extinction Rebellion were listed as an ‘extremist ideology.’ Documents were circulated to a wide range of government departments and local authorities including the Home Office and Counter-Terrorism Policing headquarters. If protesting about the environment is an act of terrorism – what next? Did the Economist not consider this in its annual democracy index?

One leading human rights lawyer explains – “New laws to curb protests which threaten democracy” is quite the phrase. We have a five-yearly democratic event which hands absolute power to the Government. In the years that follow, the right to protest is all there is of democracy. Be very afraid.”

If Democracy is a system of government in which power is vested in the people and exercised by them directly or through freely elected representatives, then Britain needs to understand it does not have a fully functioning democracy when its prime minister has seized democratic powers away from them and instead issues orders by decree.

Today, kleptocrats are threatening Britain’s long-standing, hard-fought-for principles of democracy. Both Brexit and the Covid-19 pandemic has exposed why we urgently need to re-imagine our democracy, but more importantly – do something about it.