The next stage of the Dominic Cummings plan of chaos 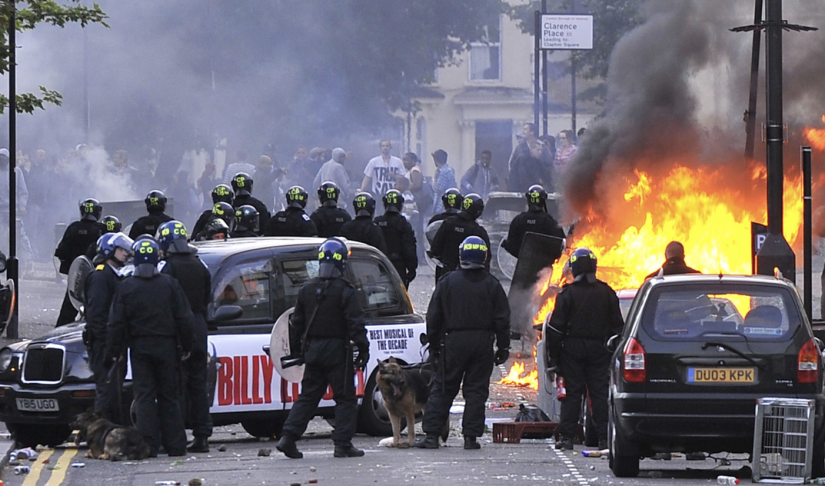 By TruePublica – Robert Woodward, London: There were rumours and murmurs throughout last week swirling around the House of Commons bubble that something serious was brewing. Leaving aside that Boris Johnson was centre stage of the scandal that his government now represents – not just of the unlawful silencing of democracy but of inflammatory language, and stoking nationalistic abuse towards his colleagues but the growing scandal around his private life and abuse of office.  There’s a new allegation that Johnson is now involved in a £700,000 loan to what appears to be a possible ‘girlfriend’ where a police watchdog investigation has started amid claims from the right of political meddling by the establishment.

In the meantime, Boris Johnson maintains his abysmal 100% loss record as PM after MPs voted to reject his latest motion. It’s the worst record ever for a British Prime Minister. Can it get any worse? Yes – much worse.

Today’s central headline in Politico.EU – Brussels loses faith in volatile UK says it all with its first sentence – “Seen from Brussels, the U.K. is a failed state – at least at the moment.” The article is full of quotes from senior diplomats and appeals that EU member states should remain calm as UK government officials direct ‘aggressive’ speeches at them.

Those rumours and murmurs in the corridors of power were about stoking up fears of rioting and even deaths on the streets if Brexit is not delivered by 31 October. The London riots of 2011, the Yellow Vests movement and LA Riots have all been heavily quoted as circumstances that could be heading Britain’s way very soon. On the left and right of the printed media – rioting and deaths on the streets quote concerns from parliament and the police.

Gwent Police said they will not investigate further after they received complaints from the public after a video on social media showed Nigel Farage, the Brexit Party leader saying “we’ll take the knife” to civil servants. This is straight out of the Dominic Cummings playbook. Cummings is on record for saying “parts of Whitehall should be amputated as one necessary measure, including firing thousands of unnecessary people.”

The National Crime Agency waived its white flag last week and has signalled to any foreign actor that illegally funding and manipulating the outcome of elections in Britain is OK by them. The Electoral Commission, Britain’s electoral watchdog that has few real powers is furious at that outcome.

Cummings has even written in his blog that the intended plan of chaos has no boundaries. “What comes after the coming collapse and reshaping of the British parties” Cummings postulates. He perhaps answers that question with the words.

“arguably what is happening now is a once in 50 or 100-year crisis and such crises also are the waves that can be ridden to change things normally unchangeable. A second referendum in 2020 is quite possible (under PM Corbyn, propped up by the SNP?) and might be the ideal launchpad for a completely new sort of entity, not least because if it happens the Conservative Party may well not exist in any meaningful sense.”

As you can see, the man at the heart of government cares little if the government even survives. Those words were written a few months back. Last week the SNP strongly signalled it could support installing Jeremy Corbyn in Downing Street on a temporary basis to thwart a no-deal Brexit.

By war-gaming the outcomes, Cummings has already decided the next route for the Brexit battle machine. The breakdown of law and order on the streets of Britain.

Given everything we now know about Dominic Cummings and Boris Johnson – people with close links to the machine that brought Donald Trump to power such as Steve Bannon and the billionaires bankrolling hard-right racist thugs and front charities – is it such a hard stretch to think our own desperate government would not resort to desperate measures by not just inciting rioting but actively encouraging it?

Concern has morphed into fear at the heart of our democracy. Speaker of the House, John Bercow is now expected to convene an emergency meeting of party leaders to stem the use of inflammatory language in Westminster amid growing concerns over the safety of MPs. Death threats are now commonplace, MP’s have overt security details and safety measures for their families.

Those rumours and murmurs are now mainstream media headlines. They talk of invoking emergency powers – an implementation of ‘executive’ decision making, quite possibly a tool to prorogue parliament once again. Only this time, legislation is there to support those emergency powers.

Avoiding extending the UK’s EU membership beyond the 31st October is critical to Boris Johnson’s reign of power. And he has said with a wry smile (VIDEO 1.29 mins) that he has a plan to both comply with the law (that the government will ask for an extension from 31st October) and exit on the 31st October. This statement is incompatible to plain logic if the assumption is made that a Brexit deal with the EU27 is not forthcoming.

The language of Brexit has changed from its linguistic strategies of £350m for the NHS on the side of a bus and urging people to have the courage to make a bid for freedom to literally fighting for it on the streets. This emergency in the breakdown of law and order will require a response no matter who is in government – be it Johnson or a caretaker government led by Corbyn.

Our founder and contributing editor, Graham Vanbergen consistently warned of Theresa May’s disastrous rise and fall and the subsequent emergence of a right-wing a populist replacement. He wrote about the path that Britain was taking would lead to a plan of chaos and published stories here at TruePublica of the security services preparing for what is coming next. A year before the EU referendum was offered to the people, Graham wrote:

“In a few short years, Britain will see state failure through the fall of democracy as a direct result of its political elite. Its implosion will start with David Cameron, who the establishment will fatally believe, will lead for a decade or more. The political implosion will see a succession of leaders fail, like any other state failure. This fall will stoke nationalism, isolationism and hatred and then become a European outpost of America.”

In another article, Graham wrote:

“Britain’s once famed values of fairness, justice and humanitarianism will not fare so well under an authoritarian, unaccountable government such as this. It will rapidly decline and fall prey to another ideology that somehow the country will phoenix itself and become the world power it once was – and unexpectedly collapse on the way.“

And now even the mainstream media are writing these stories that just a few years ago would have been thought inconceivable.

There are just 32 days left until the ‘do or die’ Brexit date. Expect more trouble, more inflammatory language, more threats of violence and a rapidly rising fear in parliament that the lid to this cauldron is about to blow.