The updated ministerial code – and the war against reality 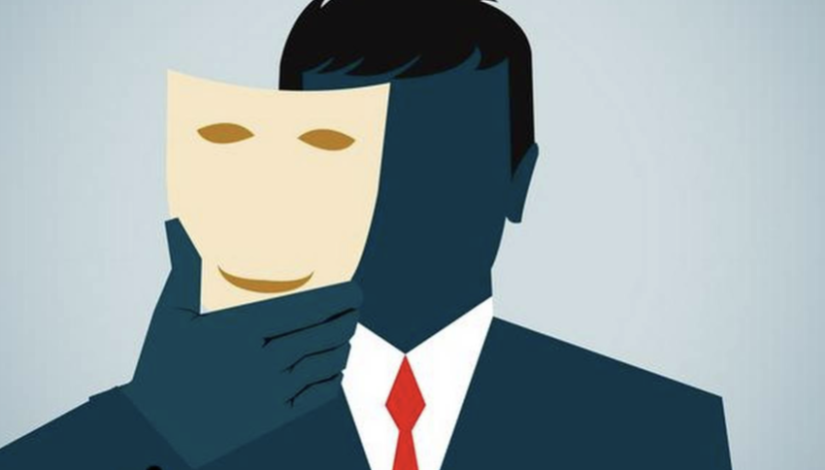 By TruePublica Editor: The UK government updated the Ministerial Code last August. Its introduction is written Boris Johnson and starts like this: “We must win back the trust of the British people, we must uphold the very highest standards of propriety – and this code sets out how we must do so. There must be no bullying and no harassment; no leaking; no breach of collective responsibility. No misuse of taxpayer money and no actual or perceived conflicts of interest. The precious principles of public life enshrined in this document – integrity, objectivity, accountability, transparency, honesty and leadership in the public interest – must be honoured at all times; as must the political impartiality of our much-admired civil service.”

Before even scrutinising this 36-page document any further than page one, I practically choked on my morning brew.

The country is now more divided over Brexit than over any political matter than before the Great War and it was the politicians who divided it – no-one else. The Tory party are the Brexit party – they own it, lock, stock and barrel.

The very highest standards of propriety have either been completely ignored or avoided to achieve this massive gain for the corporations who pumped millions into the next stage of their neoliberal model. Morality, correctness, legitimacy, respectability and suitability are all characteristics of propriety – characteristics that Boris Johnson and his team find both inconvenient and detrimental to their personal ambitions.

The misuse of taxpayer money and conflicts of interest are at the very heart of questions hanging over our Prime Minister right now. Personally, I don’t care what Boris Johnson does in his private life but the Arcuri scandal is about public funds, not his private life, it’s about conflict of interest, not his inability to control himself. And let’s consider ‘integrity, objectivity, accountability, transparency, honesty and leadership in the public interest’ when Johnson answers questions about the involvement of Russia and its funding of the Tory party and interference into our politics. The trouble is Johnson is none of the honourable things we expect from those in high office. The truth will simply not emerge in this informational war against accountability.

As for the ‘political impartiality of our much-admired civil service’ – this government has made no secret of their animosity and contempt towards the department that has been the backbone of the government since the 1850s. Threats and public shaming have been issued to anyone in the service who do not comply. One senior civil servant wrote recently that the service will turn into – “an increasingly partisan US-style civil service that falls into dangerous groupthink.” The service is actually recognised as the most respected civil service in the world and is about to be torn apart by the likes of Dominic Cummings described as a – “shock doctrine aficionado who has seen in Brexit a once-in-a-lifetime opportunity to ram through policy ideas that couldn’t be implemented at any other time.”

We shouldn’t forget that it was Cummings and Gove that pushed through the effort to turn 9,000 schools in England into ‘academies’ that has since turned out to be little more than a privatisation drive of public education.

The new code also demands that: “The Ministerial Code should be read against the background of the overarching duty on Ministers to comply with the law and to protect the integrity of public life. They are expected to observe the Seven Principles of Public Life.”

After reading this – I have a question; where is the advertising standards authority when you need them?

Governing with smoke and mirrors

When Bill Deedes was appointed editor of The Daily Telegraph in 1974, he asked his proprietor, Lord Hartwell, if he had any guidance to give as to editorial policy. “Just give Conservative Central Office a ring,” was his Lordship’s advice. Lord Deedes, being a life-long Tory anyway, would not have found that difficult to follow. And so it is to this day – except, the information provided by No10, now regarded as the ‘ministry of propaganda‘ goes without challenge. The Telegraph, along with other gutter papers such as hate rag The Daily Mail, Express and Sun espouse any nonsense now dished out by Downing Street. So unacceptable is this arrangement that Peter Oborne’s truth-fest was nothing more than a scathing attack on his own employers. His blazing words shine out in the fog of the informational war on reality:

“there is now clear evidence that the prime minister has debauched Downing Street by using the power of his office to spread propaganda and fake news. British political journalists have got chillingly close to providing the same service to Boris Johnson that Fox News delivers for Donald Trump.”

The scene of our new political reality has been set. The general public is to be immersed in lies, disinformation and propaganda. And the reason is quite simple. Ask a question about how they will deliver on Brexit, on the crisis that now completely envelopes our public services such as health, education, social services, elderly care, housing and so on – there’s no real answer other than increasing the national debt.

Some of their best answers could be seen at December’s election. A video clip, doctored by Tory party campaigners of Sir Keir Starmer answering a question about Labour’s Brexit policy was falsified to show him lost for words when he had in fact given a full reply without the slightest hesitation. The official Tory answer to Labour’s policy on Brexit was – fake news. It was propaganda of the worst kind.

In the end, it made no difference if you supported the left, right or centre at the last election, the hyper-propagandised anti-Corbyn campaign was the worst political crusade ever witnessed in this country.

The evidence for this came in an 18 page report (HERE pdf) from the London School of Economics, which said British Journalism demonised Jeremy Corbyn by persistently reporting lies about him as if they were fact. They went further to state that ‘scorn, ridicule and personal attacks’ were at the heart of a massive collective disinformation campaign.

Other easy to remember false statements include promises to employ 50,000 NHS nurses, which turned out to be just a play on words and not true. And what of the 20,000 police officers? Boris Johnson claimed it was the police who fired them not his own government. And it wouldn’t be 20,000 extra officers as he claimed – it really meant replacing those that should have been there. Johnson also conveniently failed to mention that 21,000 police support staff had been fired too. And that was only political hot potato in the first place because the Conservative government of Cameron, May and Johnson got its policies all wrong. Somehow, reversing austerity was to be used as campaign material, not an admission of societal breakdown due to their own political failures.

But at least we now have The People’s PMQs. This is something no-one asked for but channels its way into the ‘people’s parliament‘ narrative. It is rambling nonsense. A disjointed 15-minute monologue from what looks like a desperate PM responding to questions from the public on fishing rights to his choice of shampoo, all live-streamed on the propaganda channel of choice – Facebook. It’s no wonder this government refuses to legislate against fake news through foreign digital platforms isn’t it!

One of the many stupid clichés of the never-ending Brexit saga is that Brexit will happen at the end of January. Many people somehow actually believe this. During the last election campaign, Boris Johnson himself was calculated to have said: “Get Brexit Done” at least ten times a day if they voted for him. They did – and Boris has since announced that by the end of January – it will be done.

It’s not until you read this piece by Ian Dunt combined with a whole host of expert contributors of what leaving the EU under Brexit entails – that you fully realise the size of the Brexit lie. The article starts with – “We are about to enter the most perilous system-level recalibration of an advanced economy in trading history” and concludes  “The government either does not know what it is doing or is not prepared to reveal what it is doing. We are heading towards a truly disastrous set of outcomes unless that changes.”

All of these lies, these play on words, the issuance of misinformation and disinformation threatens the very basis on which democracy rests. Add to all this the most recent threats to the BBC’s future and the ongoing preparations for curtailing the power of the courts to determine the legality of ministerial actions, and it is clear that scrutiny and transparency is being assaulted from all directions.

Far from the promises of the dawn of a new era, without the truth to make informed decisions, Britain will slide into darkness and obscurity. Brand UK – looked up to and revered by so many countries around the world will decay in an environment such as this. The damage already done will take years to unravel – if ever it does.

Informed people know this government is only in power because of its lies. Does anyone really think that a ministerial code, with promises written by Boris Johnson himself means anything at all? Does anyone really think these same people will change their strategies and tactics used to lever themselves into power? The reality is, they will double down, they will commit even further the more they get away with it.

We are now in an informational war against reality. And our commander is on the wrong side of that war. And just like all the other disastrous political decisions Britain has made since 1945, and there’s been a few – Brexit will be the one that finally immerses us under the weight of our mistakes. The consequence is that the people of Britain will need a new illusion of reality that all is good.