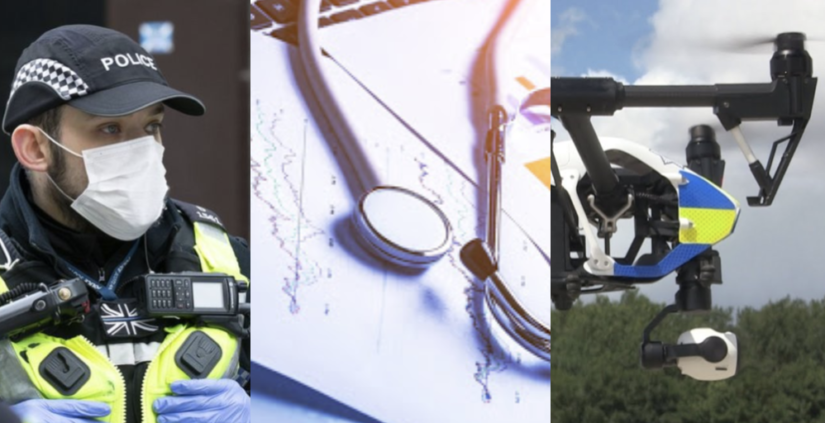 By Rob Woodward – TruePublica: As the COVID-19 pandemic continues, the government and its agencies are taking every precious moment to further their own agenda. For authoritarian-minded leaders around the world, the coronavirus crisis is offering a convenient pretext to consolidate their power and it is no different in Britain. We all accept that in times of crisis, the government will need to act to make the best use of its resources and maintain order – and we all accept that a degree of civil liberty will be given in exchange to facilitate the government. But as the crisis subsides, the freedom and liberty we took for granted will have been eroded and a dangerous expansion of power may well be one of the pandemic’s most enduring legacies.

“THERE’S A MASSIVE STRUCTURAL CHANGE GOING ON IN THE NHS”

The continuous spread of Coronavirus has pushed the NHS to look for a protector. And it turns our Silicon Valley tech giants and start-ups alike could play that role supporting frontline staff.

Using artificial intelligence and smartphone apps might seem like a clear winner to fight this pandemic. But this represents one of the biggest threats against our privacy.

These changes could definitely help to contain the spread of Coronavirus. But in the long-term we don’t know what control these tech giants will have over our data.

“There’s a massive structural change going on in the NHS, particularly with tech systems in such a way that could affect people’s data rights at a time when medical confidentiality has never been more important.”

PEOPLE ARE BEING WRONGFULLY CONVICTED UNDER THE EMERGENCY CORONAVIRUS ACT

Police officers are mistakenly fining people—including 39 fines that were given to children who “breached” the coronavirus lockdown rules.

“It’s shameful that after a series of damaging failures the emergency regulations are still being misused and misapplied.

“The police’s inability to use these extraordinary powers appropriately is seriously undermining public trust as well as the rule of law.

“Police have a tough time at the moment and urgently require better training as well as guidance from government.”

“DRONES ARE AN EXTREME, MILITARISTIC FORM OF SURVEILLANCE”

Drones are an extreme, militaristic form of surveillance.

They should not be relied on in place of more measured public health communications.

“Drones are an extreme, militaristic form of surveillance. We’ve seen too many examples of police using them aggressively in place of measured public health communications.

“Police using drones to surveil and bark orders at members of the public is usually excessive and counterproductive. Parliament should introduce stronger safeguards to circumscribe their use.”