What will be the blowback for UK government after Libya revelations? 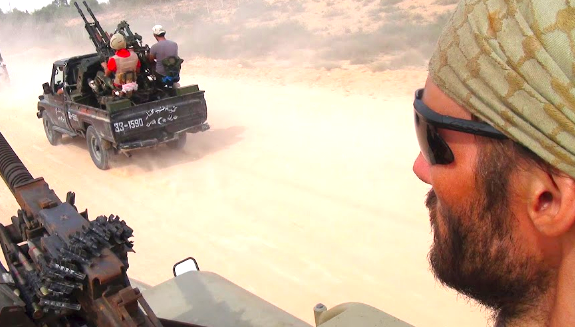 By Mark Curtis: The revelation that the British government likely had contacts with the Libyan Islamic Fighting Group (LIFG) and the 17 February Martyrs Brigade during the 2011 war in Libya – groups for which the 2017 Manchester bomber and his father reportedly fought at that time – raises fundamental questions about the UK’s links to terrorism.

Indeed, a strong case can be made for a devastating conclusion: that the UK is itself a de facto part of the terrorist infrastructure that poses a threat to the British public.

Foreign minister Alistair Burt told Parliament on 3 April that: “During the Libyan conflict in 2011 the British government was in communication with a wide range of Libyans involved in the conflict against the Gaddafi regime forces. It is likely that this included former members of Libyan Islamic Fighting Group and 17 February Martyrs Brigade, as part of our broad engagement during this time.” This is the first time the government has admitted to having contacts with these groups at that time.

Covert boots on the ground

The admission is highly significant. In 2011, Britain played a leading role, along with the US, France and some Arab states, in conducting bombing and a covert operation to remove Libyan leader Muammar Gaddafi. But the UN resolution they obtained did not allow them to put troops on the ground – although Britain did so covertly, it was admitted later.

Instead, militant fighters, such as those from the LIFG, were seen as Islamist boots on the ground to promote Britain’s war. After the Manchester bombing in May last year, which killed 22 people, it was widely reported that the terrorist, Salman Abedi, and his father, Ramadan, had both fought with the LIFG in 2011.

As Middle East Eye revealed last year, the British government operated an “open door” policy that allowed Libyan exiles and British-Libyan citizens living in the UK to join the 2011 war, even though some had been subject to counter-terrorism control orders.

These dissidents were members of the LIFG, and most were from Manchester, like the Abedis. Renowned journalist Peter Oborne subsequently revealed that they were “undoubtedly encouraged” by MI6 to travel to Libya to oust Gaddafi. Indeed, after the Libyan leader was overthrown, these fighters were allowed back into Britain “without hesitation”.

The connection to the British secret state goes back even further. Ramadan Abedi is believed to have been a prominent member of the LIFG, which he joined in 1994. This was two years before MI6 covertly supported the LIFG in an attempt to assassinate Gaddafi, an operation initially revealed by former MI5 officer, David Shayler. At the time MI6 handed over money for the coup attempt, the LIFG was an affiliate of Osama bin Laden’s al-Qaeda, and LIFG leaders had various connections to his terror network.

Reports also suggest that Ramadan Abedi fought with the February 17th Martyrs Brigade, an offshoot of the LIFG, in the 2011 Libyan war – the other militant group mentioned by the government in its parliamentary response. Many of Gaddafi’s opponents living in the UK and connected to the LIFG joined this brigade, which was one of the key units seeking to topple Gaddafi.

The brigade was armed by Qatar, which provided $400m worth of support to Libyan rebel groups and was their major arms supplier. Britain is reported to have approved of Qatar’s arms supplies to these militant groups and worked closely alongside it as its principal partner in the war. The Times reported in June 2011 that “Britain and France are using Qatar to bankroll the Libyan rebels”.

But here the story also relates to another terrorist – Rachid Redouane, part of a group who killed eight people in the London Bridge/Borough market attack last year. Redouane also fought in the Libya war of 2011, reportedly for the Liwa al-Ummah unit, another offshoot of the LIFG. Some of Liwa’s members were trained by Qatari special forces in Libya’s western mountains – training that involved covert UK and US “liaison” officers.

This raises the possibility that Redouane might even have received combat training in a UK-approved operation. It is also possible that Salman and Ramadan Abedi benefited from such military training or from the arms supplies that were flooding into Libya at the time. No evidence has, however, so far emerged.

How much did officials know?

The government is refusing to say which groups Salman and Ramadan Abedi fought for in Libya. In response to a question on this subject from Labour MP Lloyd Russell-Moyle, security minister Ben Wallace replied on 3 April: “The Home Office does not comment on intelligence matters nor on matters which form part of ongoing investigations.” It is interesting that Wallace described this as an “intelligence” matter. Is this a tacit official admission of links between the Abedis and the security services?

There are numerous other key questions that demand answers. When Theresa May was home secretary in 2011, did she know about or authorise the despatch of Libyans living in the UK to Libya, and were Salman or Ramadan Abedi specifically part of this process? If she did not, what were security services, who reported to her and then foreign secretary William Hague, therefore up to? Did either the LIFG or the 17 February Martyrs Brigade receive either direct or indirect UK assistance to fight in Libya at this time? Why were the Abedis allowed to return back to the UK after fighting in Libya with no questions asked?

There is an equally fundamental question: will British journalists seek to uncover more of this story? After all, it is possible it could lead to revelations about the secret state’s links to terrorism that could cause the downfall of ministers.