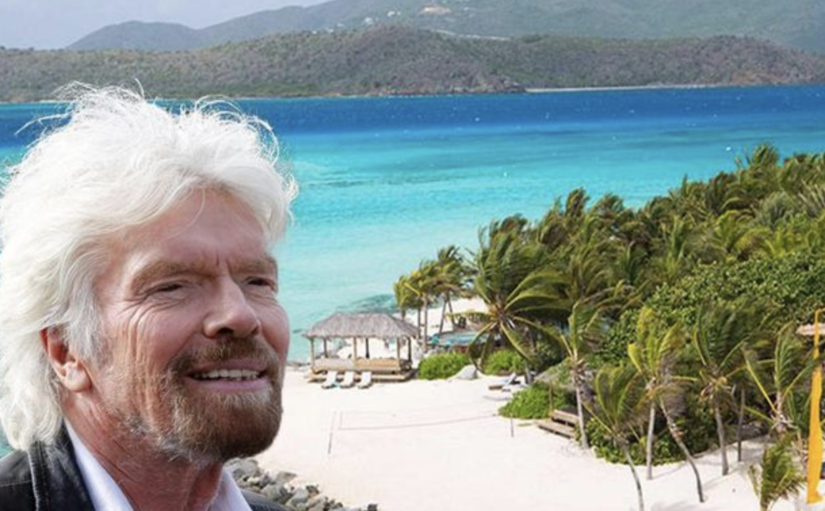 By TruePublica: It is only when you find yourself in a crisis can you see who is waving what flags. Some run for cover, others go to the frontline out of a sense of public duty. Richard Branson is the former.

His decades-long loss-making Virgin Atlantic enterprise continues to be just that – loss making. Last year, so desperate was Branson to offload his own shares in it that he was prepared to sell most of the stake he held to an Air France – KLM deal, which they then ditched at the end of last year. The COVID-19 crisis comes along and Virgin Atlantic was one of the very first corporates to send all their employees home, pay nothing to them – and then ask for a public bailout from the British taxpayer. Half of the company is owned by American owned Delta, what’s left is offshored.

As the coronavirus continues to ravage the world, Branson has moved assets from another venture from the U.S. to the British Virgin Islands, highlighting his continued use of tax havens. Once again, we remind that Branson does this at a time when one of his businesses seeks a state bailout because of the pandemic.

Bloomberg reports that filings show a Delaware-based company for his $1.1 billion stake in Virgin Galactic Holdings Inc. transferred shares in the space-travel firm on March 16 to the Caribbean territory where Branson, 69, lives. Residents in the BVI pay no income or capital-gains taxes while the U.S. state is known for preserving the privacy of its corporate owners.

Virgin Galactic became the first publicly traded space-tourism firm last year after merging with a listed investment vehicle, and the Delaware holding company was set up for that transaction.

The move is unrelated to Branson’s request for British backing for Virgin Atlantic Airways Ltd.

“This is as an internal reorganization that has no effect on our ownership interest,” a representative for Branson said. “Rather than continuing to hold the shares indirectly, we undertook this exercise to eliminate indirect ownership through that subsidiary, as the U.S. entity was no longer necessary.”

Virgin Atlantic has requested that the British government provide hundreds of millions of pounds in government-backed loans and credit guarantees.

And while the company likes to state that it is a big UK taxpayer – Richard Branson’s controversial Virgin healthcare group has been accused of not paying a penny in corporation tax while being handed £2billion worth of NHS and local authority deals.

“Virgin continues to play a parasitic role in the NHS, fragmenting services and poaching NHS-trained staff and undermining nearby NHS trusts”

“This is made worse by the fact that the company pays no corporation tax and therefore only takes resources from the public sector while contributing nothing of value.

“The fact the firm is not making a profit suggests its continued ­involvement with the NHS is either based on ideological opposition to public services or a series of loss leader contracts hoping to force the prices up and cash in later.”

The business employs more than 7,000 staff, including doctors and nurses. It is ultimately controlled by a firm registered in the British Virgin Islands tax haven. The High Pay Centre think tank director Luke Hildyard said: “It is surprising it’s been nearly a decade and they haven’t made a profit (to be taxed).”

On losing one health care contract – Branson’s Virgin Care group then sued the NHS for £2million in 2016.

No state or public funding from the taxpayer should be given to Richard Branson or any of his companies. If he needs money – let the banks who fund and profit from privatisation decide if he is a good bet.