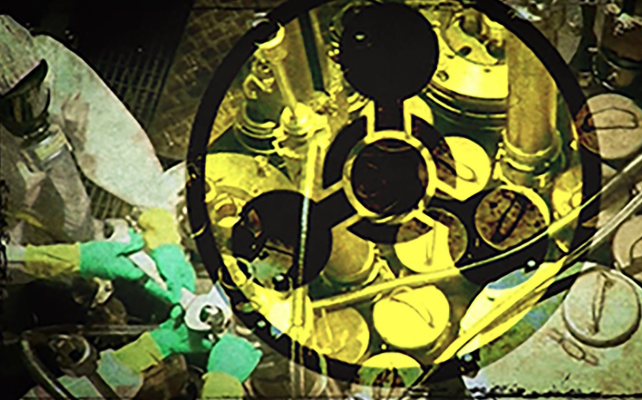 CNN reports last week that: “The Trump administration is set to accuse Iran of violating the international treaty that bars the use of chemical weapons.

The White House notified lawmakers on Friday that it would declare Iran is violating the 1997 Chemical Weapons Convention because it has kept the equipment and facilities needed to produce them, not because it is actively making or using such weapons.

Two senior US officials tell CNN that the charge will not trigger immediate penalties, but could be used as justification to file claims against Iran with international organizations going forward.”

P News Washington also reports that the announcement: “is part of the administration’s effort to isolate Iran after withdrawing from the landmark 2015 nuclear deal in May and earlier this month re-imposing all U.S. sanctions that had been eased under the accord. President Donald Trump and his top national security aides have vowed to impose a “maximum pressure” campaign against Iran to force it to halt destabilizing activities in the Middle East and beyond.”

For those of you that have read the newspapers and watched the horrors of America’s middle east slaughter, this comes straight out of the standard Washington regime change playbook.

Like Iraq and Syria before it, first comes the outraged human rights violations rhetoric we have become so used to, then the debilitating sanctions and international “pariah status” afforded to them – absolutely free of charge. For the final push comes unfounded chemical attack claims, a charge now being formally prepped and set in motion against Tehran by America and the West.

We have heard all this before, haven’t we?  There is no doubt that Iran is attempting to assert itself in the Middle East. There should be no doubt it has used some terrible strategies and tactics in its aims to do so, but still, don’t most countries do that?

After the AP first revealed a week ago that the U.S. is set to accuse Iran of violating international bans on chemical weapons, an American diplomat has told the global chemical weapons agency in The Hague that Tehran has not declared all of its chemical weapons capabilities.

In Britain, we had the highly publicised Chilcot report. Sir John Chilcot said (rather charitably): “We have concluded that the UK chose to join the invasion of Iraq before the peaceful options for disarmament had been exhausted. Military action at that time was not a last resort.”

The report criticised the way in which Tony Blair made the case for Britain to go to war. It was a false case, based on lies and the deception that Iraq had chemical weapons. It did not.

For ravaged, riven, destroyed Iraq, the Chilcot report did nothing. Lessons were not learned. We then enthusiastically engaged in Syria and in cold blood, willfully attacked Libya. Since then, British foreign policy and diplomacy in such matters has all but been destroyed by the Brexit debate.

Tony Blair, aided by the security services (on both sides of the Atlantic) and a totally complaint mainstream media took Britain into a catastrophic war which later led to the unleashing of al-Qaeda and Islamic State and killed hundreds of thousands of innocent civilians along the way. It also led to slaughter on the streets of Britain – our compensation being the crushing of civil liberties and a 360-degree surveillance state in the name of ‘national security’.

The Chilcot report also said Blair presented a dossier to the House of Commons that did not support his claim that Iraq had a growing programme of chemical and biological weapons. In other words, Blair lied. The action of the security services and compliance of the so-called ‘free-press’ were just as guilty of this maniacal cry for the culling of the innocent.

The population of Iraq is about 38 million. America’s attack was a human catastrophe, can you imagine what the same attack would look like with Iran’s population of 82 million who posses a real army and defences. It would literally be a bloodbath.