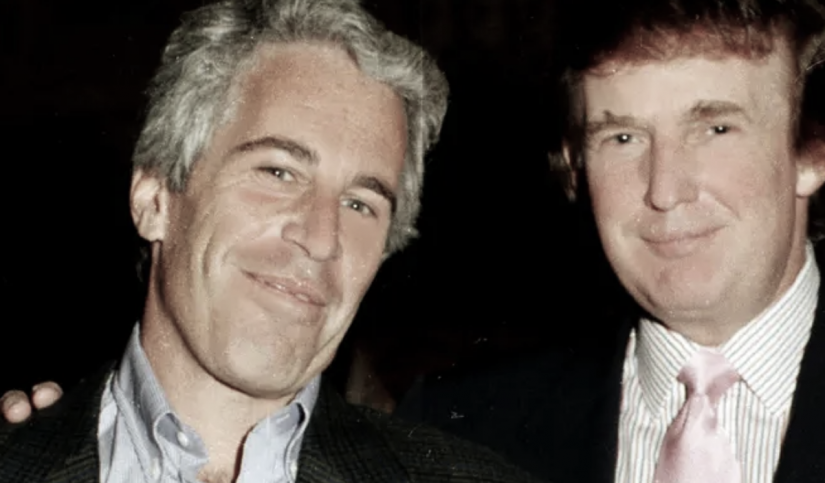 By John W Whitehead – Constitutional attorney, Virginia: Power corrupts. Anyone who believes differently hasn’t been paying attention. Politics, religion, sports, government, entertainment, business, armed forces: it doesn’t matter what arena you’re talking about, they are all riddled with the kind of seedy, sleazy, decadent, dodgy, depraved, immoral, corrupt behavior that somehow gets a free pass when it involves the wealthy and powerful elite in America.

In this age of partisan politics and a deeply polarized populace, corruption—especially when it involves sexual debauchery, depravity and predatory behaviour—has become the great equalizer.

It is believed that Epstein operated his own personal sex trafficking ring not only for his personal pleasure but also for the pleasure of his friends and business associates. According to The Washington Post, “several of the young women…say they were offered to the rich and famous as sex partners at Epstein’s parties.” At various times, Epstein ferried his friends about on his private plane, nicknamed the “Lolita Express.”

This is part of America’s seedy underbelly.

Child sex trafficking—the buying and selling of women, young girls and boys for sex, some as young as 9 years old—has become big business in America. It is the fastest growing business in organized crime and the second most-lucrative commodity traded illegally after drugs and guns.

As I documented in the in-depth piece I wrote earlier this year, child sex trafficking—the buying and selling of women, young girls and boys for sex, some as young as 9 years old—has become big business in America. It is the fastest growing business in organized crime and the second most-lucrative commodity traded illegally after drugs and guns.

Who buys a child for sex?

Otherwise ordinary men from all walks of life. “They could be your co-worker, doctor, pastor or spouse,” writes journalist Tim Swarens, who spent more than a year investigating the sex trade in America.

But then there are the extraordinary men, such as Jeffrey Epstein, who belong to a powerful, wealthy, elite segment of society that operates according to their own rules or, rather, who are allowed to sidestep the rules that are used as a bludgeon on the rest of us.

These men skate free of accountability by taking advantage of a criminal justice system that panders to the powerful, the wealthy and the elite.

Here’s the thing: Epstein did not act alone.

I refer not only to Epstein’s accomplices, who recruited and groomed the young girls he is accused of raping and molesting, many of them homeless or vulnerable but his circle of influential friends and colleagues that at one time included Bill Clinton and Donald Trump, both one-time passengers on the Lolita Express.

This is not a minor incident involving minor players.

This is the heart of darkness.

Once again, fact and fiction mirror each other.

Twenty years ago, Stanley Kubrick’s final film Eyes Wide Shut provided viewing audiences with a sordid glimpse into a secret sex society that indulged the basest urges of its affluent members while preying on vulnerable young women. It is not so different from the real world, where powerful men, insulated from accountability, indulge their base urges.

These secret societies flourish, implied Kubrick, because the rest of us are content to navigate life with our eyes wide shut, in denial about the ugly, obvious truths in our midst.

This is how corruption by the power elite flourishes.

While Epstein’s alleged crimes are heinous enough on their own, he is part of a larger narrative of how a culture of entitlement becomes a cesspool and a breeding ground for despots and predators.

It doesn’t matter whether you’re talking about a politician, an entertainment mogul, a corporate CEO or a police officer: give any one person (or government agency) too much power and allow him or her or it to believe that they are entitled, untouchable and will not be held accountable for their actions, and those powers will eventually be abused.

We’re seeing this dynamic play out every day in communities across America.

Abuse of power—and the ambition-fueled hypocrisy and deliberate disregard for misconduct that make those abuses possible—works the same whether you’re talking about sex crimes, government corruption, or the rule of law.

For every Jeffrey Epstein (or Bill Clinton or Harvey Weinstein or Roger Ailes or Bill Cosby or Donald Trump) who eventually gets called out for his sexual misbehaviour, there are hundreds—thousands—of others in the American police state who are literally getting away with murder simply because they can.

Unless something changes in the way we deal with these ongoing abuses of power, the predators of the police state will continue to wreak havoc on our freedoms, our communities, and our lives.

However, it takes a culture of entitlement and a nation of compliant, willfully ignorant, politically divided citizens to provide the foundations of tyranny.

As I point out in my book Battlefield America: The War on the American People, for too long now, Americans have tolerated an oligarchy in which a powerful, elite group of wealthy donors is calling the shots. They have paid homage to patriotism while allowing the military-industrial complex to spread death and destruction abroad. And they have turned a blind eye to all manner of wrongdoing when it was politically expedient.

We need to restore the rule of law for all people, no exceptions.

Here’s what the rule of law means in a nutshell: it means that everyone is treated the same under the law, everyone is held equally accountable to abiding by the law, and no one is given a free pass based on their politics, their connections, their wealth, their status or any other bright line test used to confer special treatment on the elite.

This culture of compliance must stop.

The empowerment of petty tyrants and political gods must end.

The state of denial must cease.

Let’s not allow this Epstein sex scandal to become just another blip in the news cycle that goes away all too soon, forgotten when another titillating news headline takes its place.

Sex trafficking, like so many of the evils in our midst, is a cultural disease that is rooted in the American police state’s heart of darkness. It speaks to a far-reaching corruption that stretches from the highest seats of power down to the most hidden corners and relies on our silence and our complicity to turn a blind eye to wrongdoing.

If we want to put an end to these wrongs, we must keep our eyes wide open.

Constitutional attorney and author John W. Whitehead is founder and president of The Rutherford Institute. His new book Battlefield America: The War on the American People is available at www.amazon.com.