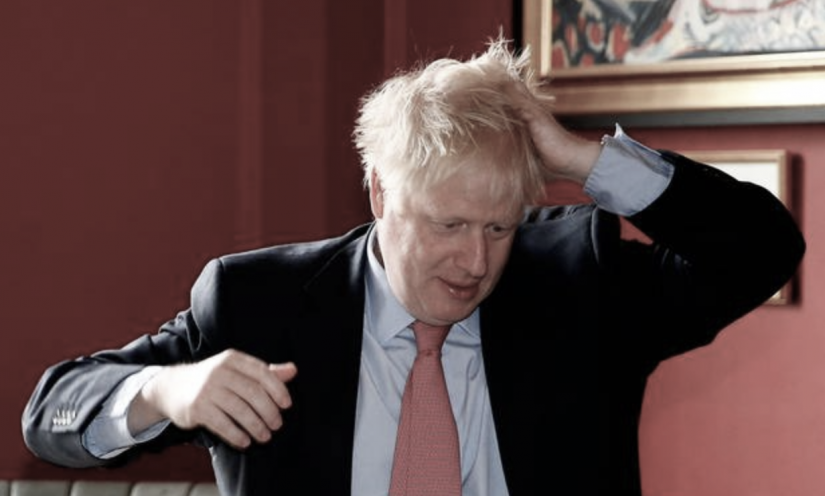 By TruePublica: Boris Johnson is at it again. Making promises that he cannot make without dramatically increasing the national debt or making severe cuts elsewhere. He has already promised to raise the tax threshold and therefore cut taxes for the highest earners in Britain costing the treasury nearly £10 billion a year, which he says would be paid for partly from savings in Brexit no-deal preparations. These savings he refers to have not been fully explained or costed. He has said the same for raising national insurance threshold contributions costing another £11 billion a year. These actions on their own would be taking the number of high-rate taxpayers down to its lowest level in over three decades said the Institute for Fiscal Studies.

Johnson also argued that “we should be cutting business taxes”, despite the UK already having one of the lowest rates of corporation tax among developed economies, with successive reductions taking it from 28% in 2008 to 19% now. No explanation of how the uncalculated cost would be met by the long-suffering taxpayer.

Another promise adding £1.1 billion a year is to replace the 20,000 police officers that Theresa May sacked. He said the funds would come from the £26 billion “headroom” reserves set aside by Chancellor Philip Hammond, which Hammond himself has said will not be made available for anything other than saving the economy from contraction.

No mention is made of the latest cost of Brexit now put at £22 billion a year just to see UK businesses survive the effects of a promised no-deal hard Brexit come October 31st, let alone defending the rest of the economy, and promises such as increasing spending on the police, education and tax breaks.

Johnson’s latest promise is a plan to strike an immediate Brexit trade deal with America. This is just another statement of campaign propaganda that is quite simply complete nonsense, which was confirmed by the International Trade Secretary Liam Fox. He has warned that Britain would be in “breach of European law,” while Brexit negotiations are still ongoing. Fox also confirmed that a UK-US trade deal is likely to take years to complete anyway.

The Times reported on Monday that Johnson plans to negotiate a deal with the US prior to the United Kingdom’s scheduled exit date from the European Union on October 31 and confirmed this formally by saying:

“There is no question that the moment we leave on the 31st we should be in a position to get some kind of arrangement with the US,” a source on Johnson’s campaign told the paper.

Fox said – “We can’t negotiate anything with the US until after we have left the European Union, it would be in breach of European law for us to do that.”

Sources close to Johnson then suggested that the plan was to strike a “limited” deal with the US in just one area of goods only.

However, Fox, an ardent Atlanticist, who would like nothing better than a trade deal with a country and economy he has strived to emulate and who campaigned for Brexit alongside Johnson, totally dismissed this by saying that any deal would probably take years to pass through the US Congress as would any trade deal. Fox went on to say:

“I’ve no idea what a limited deal would be. That will take time and you have got the added complication, just remember, we are now getting very close to the American pre-election year where it is quite hard to get things through Congress so even if you negotiate them quickly you wouldn’t be able to ratify them.”

Last month Fox also trashed Johnson’s claim that the UK could use an international trading rule called “GATT 24” to keep trading with the EU on zero tariffs in the event of a no-deal Brexit – again nothing more than campaign propaganda that is not supported by fact. Fox said: “It is important that public debate on this topic is conducted on the basis of fact rather than supposition.“

It should not be forgotten that another piece of propaganda is that a trade deal with the United States would greatly enhance the economy of Britain. Given the numbers, it has now been calculated that US trade deal with America will add just “0.2 per cent to UK GDP but only after 15 Years.” Another fact that came to light recently was that countries in trade deal talks with Britain are likely to offer the UK worse trade deals than it currently enjoys as a member of the European Union, the former head of Liam Fox’s International Trade Department has formally stated.