Cybercrime report: Don’t be a victim 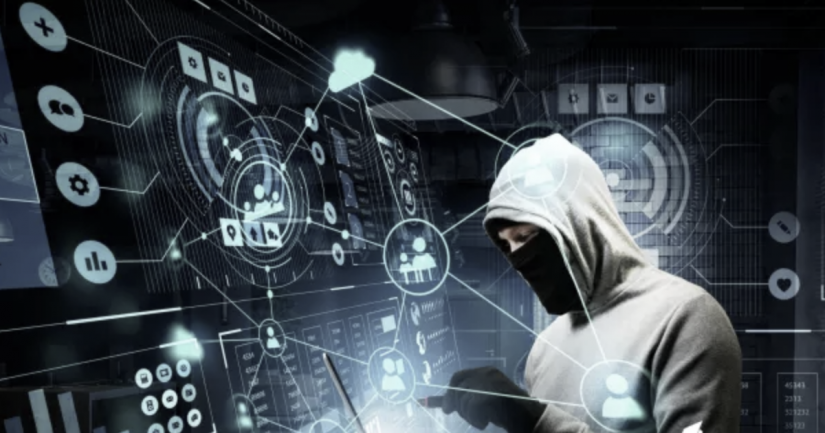 By TruePublica Editor: There’s a new phrase being banded about – surveillance capitalism. It’s the exploitation of you without your explicit consent. In our article – “The skyscraper of data you knew nothing about” we highlighted the scale of data that was being collected about you. It amounts to the equivalent of about 1.5 million printed documents – which at 500 ft qualifies as the height for a skyscraper in Britain. This data was taken from you and then sold to organisations and individuals (some with criminal intent) that you know nothing about. It really ought to be classed as a cybercrime. At TruePublica, surveillance, hacking and spying is something we write about a lot, especially as the government does little to protect us whilst invading our privacy and security like no other.

In this article, we highlight the sheer scale of the problem and offer some solid advice. I have to disclose that we are advertising the very product from our investigation and will continue to do so as long as they remain top of their game and are offering the best service for our readers.

Cybercrime – the volume crime of the 21st century

The National Crime Agency warns of the increasing “scale and complexity of Cybercrime which now costs the UK billions of pounds and causes untold damage.” They warn of the “significant growth in cyber criminality with ransomware campaigns and leaked personal data on a massive scale leaving victims vulnerable to fraud.” Worse, the NCA warns that – ‘off the shelf’ tools mean that less technically proficient criminals are now able to commit cybercrime and do so as awareness of the potential profits becomes more widespread. The escalation rate is alarming

There is lots of good advice out there about how to protect yourself from the basics of cybercrime. The basics, like updating devices, two-factor authentication, password protection and the like are today’s very minimum and you should have done all that by now. But there’s another way to really protect yourself and we were surprised ourselves when we investigated it properly.

Bear with me here – it’s about VPN’s or virtual private networks. If you already use one, let’s hope it’s a good as the one we’ve found. If you don’t use a VPN, you had better read on – as this is an eye-opener.

I did not know, contrary to their claims, that many VPN’s are actually surveilling your devices, are collecting your data and destination logs, and some of their application software is not easy to get rid of if you choose another service. Of course, these are most likely the cheap VPN’s on the market. Some slow down PC’s, mobile and wifi systems to a crawl. Some don’t actually have many servers and don’t spread them across many countries or continents. Some only allow one device per subscription or maybe two. Others don’t provide an automatic ‘kill-switch’ to protect you if you do lose a VPN connection or offer military-grade encryption systems for your privacy.

Torrenting (Torrenting is a kind of peer-to-peer file-sharing technology where a number of users can connect and share their files) or just file-sharing to you and me, might be important, as might compatibility to the Onion router, known as Tor – designed purely for its security. Access to these services is important, especially if you work from home – or whilst travelling or even on holiday.

Here are some numbers for you.

Tuesday has been observed as the most popular day for phishers and scammers to conduct their campaigns while the least popular day was Friday.

In 2018, 62% of all identity-deception based attacks leveraged display name deception aimed at impersonating a trusted individual or brand—typically an outside vendor, supplier or partner. The top two were Microsoft and Amazon.

We could go on and on – here are 300 terrifying cybercrime statistics for 2019.

Conor Burns MP, Chair of the All-Party Parliamentary Group on Financial Crime and Scamming said:
“Cybercrime fraud is the 21st-century volume crime and the issue is not going to go away. With more and more people sharing data, transacting, setting up businesses, dating and chatting online this trend is only going to continue. Fraudscape shows how prevalent this crime is and all of us – government, industry, third sector and individuals have a role and responsibility in preventing it.”

And that’s a bit rich, isn’t it? The government is one of the biggest perpetrators of citizen surveillance and data theft in the UK.

It is the government that are the ones constantly in the highest courts in Britain and the Court of Human Rights in the EU for breaking privacy laws after being ‘outed’ by various whistleblowers. If you are interested in joining a protest group or be a climate activist, even an armchair activist – the government logs who you are and what you are looking at. They log every subscription and every website that attracts your attention that is on their radar. Go to certain websites and a file is then created about you as a ‘person of suspicion’ to the state. And by no means does it stop there.

No-one can see you, let alone target you if you’re online cloaked by a quality VPN

The objective of this article is to be able to use one system really easily and it must be effective. It needs to stop surveillance of your internet activity and the hacking of your accounts (such as when you do online banking or retail buying) and stop the ability of those with bad intent from doing stuff that could easily do you harm and create real hassle.

This is why we at TruePublica, looked into this. You might have noticed we are advertising ExpressVPN. There’s a reason. It protects you from all of the efforts of cybercrime but there are a few features that we genuinely did not know about.

For instance, our editor uses airport hire cars from airports several times a year. In this particular case, using a VPN with a server in the UK and USA gave totally different prices for exactly the same car hire and it was quite substantial. The difference was £88 to £137. We can’t name the hire car company for legal reasons but it was an American company with car hire locations at Heathrow.  In another case that Express VPN use themselves, is that of the difference in cost of a flight – which was as much as $2,000 using different VPN servers, in this case, one in Malaysia and the other in Norway to fly to Los Angeles.

Some of the latest information about Express VPN is already out of date. For instance, back in the early part of 2019, Express VPN only allowed 3 devices to be connected per subscription – that has now been updated to five devices and you can include your WiFi.

Essentially, it is very easy to use. You can select the location of servers, save them and the service then connects automatically. In various tests, Express VPN comes up consistently as the just about the fastest in the market.

Lastly, as a bonus, it might be important for you to have a VPN that is Netflix compatible, which many are not but Express VPN is.

Express VPN is not the cheapest on the market – but it is ranked as the world’s No1 though and for good reason. At the time of writing, there is a substantial discount for a 12-month subscription. Obviously, you can try it out for a month, see how you get on and choose from there.

If you want to have a look, use the link in the in-page advert above – as that won’t cost you anything. If you are not using a VPN you really ought to consider it, as the cost completely outweighs the types of escalating cybercrime being committed against ordinary members of the public.