Personal Data – The skyscraper of data you knew nothing about 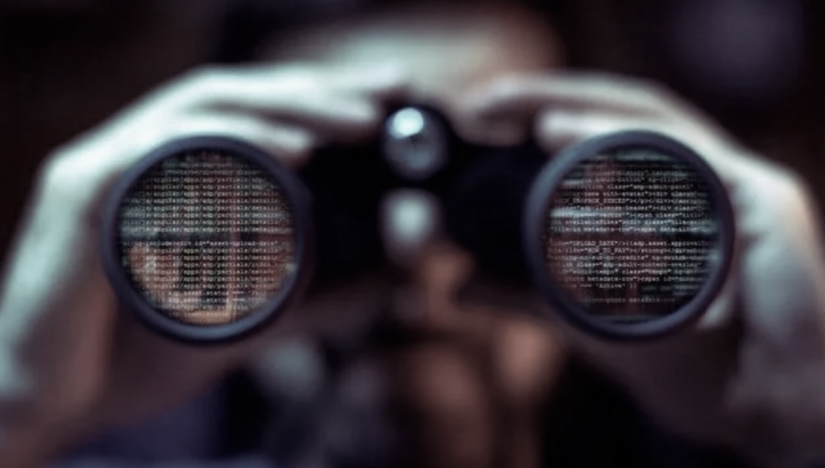 By TruePublica Editor: We know it’s bad but not quite how bad. We know we should do more about protecting our personal data but either we can’t be bothered or don’t know how.

It’s quite something to think of one simple statistic that sums up how much data is being processed about us – that ninety per cent of the world’s data was created in just the last two years. It has been calculated that each one of us with an internet connection is adding over 160 pieces of data to our personal profiles, being hoovered up by modern-day hunter-gatherers, every single day. That’s about three billion bits of data on UK adults, let alone the rest of the world.

In a social setting, it is the norm that people know some basic information about you. If they don’t know, they will ask polite questions, and you reciprocate by providing what information you are prepared to give away. As you get to know someone better over time, you tend to divulge more information as the trust between you grows.

But what if these same people stood there face to face, at the first meeting and asked a barrage of questions like how much do you earn, how much debt or credit you have, where you spend your money, how much, on what and who with? Or what your current sexual preferences are, who you stayed with last night, where, what time you fell asleep – and so on. These questions are indeed being asked of us. According to the New Economics Foundation, over 160 questions are being asked of us every day. When I say asked – I mean given away by the electronic devices we use. Mobiles, desktops, smartwatches, tablets are constantly updating.

Yes, I know that somehow we’ve given permissions and yes you can turn some of them off to increase privacy- but the truth is – it doesn’t work that way.

You might be surprised to know that Google can collate a file on you with the equivalent of 1.5 million documents.

Stacked upon each other, these pages would be 500 ft (152m) high. The Council on Tall Buildings and Urban Habitat in Britain defines skyscrapers as those buildings which reach or exceed 150 m (490 ft) in height.

Stacked upon each other, at 500 pages to a reem – each one at 2 inches thick, your data pile would be 500 ft or 152m high.  The Council on Tall Buildings and Urban Habitat in Britain define skyscrapers as those buildings which reach or exceed 490 ft (150m) in height.

Google collects deleted data even when you try to specifically aim to rid your history.  Past diary appointments, events attended, location and search history. If you turn off location data – Google gets around this by collating your coordinates instead.

It’s extraordinary to think that data is even harvested about the movements of how your fingers work a mouse or trackpad as you explore a website, or indeed, where the cursor hovered or for how long. I can’t explain to you why that is somehow important or worthwhile enough to put on a file about you. But knowing just this makes you think how deeply the tech industry has stolen our most private moments, thoughts and actions. And also how wrong their conclusions about you could be. I spend some time looking at Parkinson’s disease for of a relative, not because I’m one of its unfortunate victims.

In one study, it was found that third-party tracking cookies, from companies you’ve never heard of, are collating data on 92 per cent of websites you visit. The average mainstream news website has as many as 40 trackers constantly working, gorging and digesting on your private stuff in the background while you read about the world around you.

All this data being collected on you personally, the industry likes to call ‘finger-printing’.

Your data is prepared for selling to buyers that bid for it. Bid requests on UK users are being sent out at a rate of almost 10 billion per day, and are seen by thousands of advertisers without you knowing who they are.

Your personal data is prepared for selling to buyers that bid for it. Bid requests on UK users are being sent out at a rate of almost 10 billion per day, and are seen by thousands of advertisers without you knowing who they are.

And while you might still think this is OK – don’t forget that 25 per cent of this data is lost to fraud, exposing all of us to non-consensual sharing – amongst the criminal fraternity. Of course, criminals disregard permissions and often then re-sell or use this data legally or otherwise.

GDPR and other so-called privacy protections do not shield you from this onslaught of the data stalkers, much as anti-money laundering legislation doesn’t stop the banks in the City of London from washing dirty money in the billions every day.

To highlight this point, one journalist found that in a week of Web surfing on his desktop, 11,189 requests for tracker “cookies” were made by Google’s Chrome. Each one of these cookies are themselves grabbing hundreds of bits of data each time.

If the government wanted to protect your personal data they would. It would be simple to do. Legislation could change everything by ensuring that devices, software, and online interactions are subject to privacy by default. There’s a reason why they don’t legislate to protect us. Simply because the government, especially the British government and its security services want to know all this information as well. Of course, they also have illegally collected millions of images, including those classed as ‘compromising’ of you and your family (operation Optic Nerve) – that were taken when you had no idea your webcam or mobile camera had been switched on by them via special surveillance software you had no idea existed. That is until a famous whistleblower informed us.

The government also has all the data collated by their various departments, dozens of them, such as schools, health departments, local authorities and so on. Soon, the state will have a biometric database that will work alongside a health database – all ready to be infiltrated by criminals just as the health industry is in America.

Recently, eleven million complete health records were stolen in the USA, and in one case alone involving an insurance company, specific data was stolen from 78 million Americans.

Today, we trust technology because we have a false sense of security about it. But we shouldn’t. Last year, ID fraud hit a new record in the UK that rises at a rate of about 12 per cent a year. Telecoms, online shopping and insurance were the favoured targets of the fraudsters – where much of the data emanates from in the first place. This week, Apple co-founder Steve Wozniak said he deleted his Facebook account last year and believes most of us should too – because of the scale of intrusion into our lives.

Surveillance capitalism as it is known today is spycraft, designed to profit from systems to exploit our personal data in every way possible. This modern-day exploitation of information is the volume crime of the 21st century and the issue is not going to go away. In the meantime, you should try to protect yourself. I’ve found some decent basic advice on how to do this. Promise yourself you’ll do most of their recommendations this week, you’ll feel more protected and safer online.