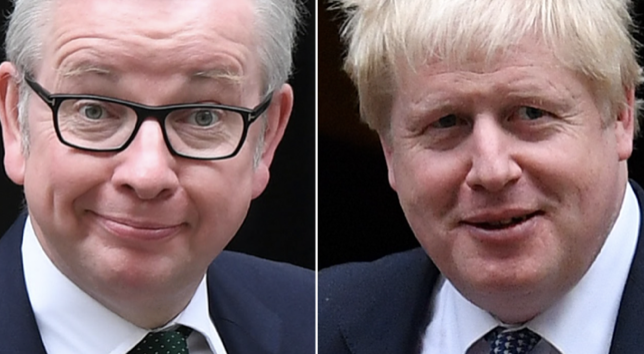 By TruePublica: The Industry body Logistics UK has reacted with utter “incredulity” to the announcement last week by the government of the setting up of the ‘Brexit Business Task Force’ with less than 30 working days to go before January 1st.

The Cabinet Office Minister Michael Gove attempted to promote the new Brexit Business Task Force as a government committee to help provide clarity on new rules after the UK leaves the EU on 1 January next year. Gove said –  “We recognise that this is a challenging time for everyone, and we are determined to support businesses to be ready. The new Brexit Business Task Force will be an important forum for frequent dialogue and problem-solving.”

The task force met last week for the first time, with businesses and senior ministers attending. Apparently, there are plans for it to convene each week into next year. Given the scale and complexity of new red tape exporters and hauliers will be dealing with, Logistics UK was incandescent and lashed out at the government.

“At this point in time, business needs direction and decisions by government, not another set of meetings. With information still needed from government and decisions required on GB-Northern Ireland trade, this feels like nothing more than a smokescreen to cover up the government’s lack of focus on the issues which will hit the UK hard come 1 January 2021. Logistics businesses have been engaging closely with government since the election last December to clarify the supply chain issues which will ultimately affect us all. After a year of raising our concerns with government, this new task force feels like nothing more than a diversionary tactic to conceal the administration’s failure to grasp the issues which we and our members have been raising with them for nearly 12 months. “

Wells vehemently concluded: “Logistics businesses remain committed to making Brexit work for the good of the nation, but at this late stage, needs government to face up to the complexity of the challenges our sector faces to keep Britain trading from the new year.”

Last week, Logistics UK then called on the government “to provide the clarity and systems its members require to prepare for Brexit,” in order that at least trade can keep flowing across the UK’s borders after 31 December 2020 without the type of disruption currently anticipated.

Without the clarity and systems to work to, it warned that the UK’s “highly interconnected supply chain will quite simply break.” This would leave the entire United Kingdom with the potential for all sorts of disruptions including the much-reported about lorry queues in Dover and supply issues for Northern Ireland.

Ahead of addressing the House of Commons’ Select Committee on the Future Relationship with the European Union, which took place on November 11th, Elizabeth de Jong, Logistics UK’s policy director, said she had absolutely no illusions about the sheer scale of the task in hand if the UK’s economy is to be protected after the country’s departure from the EU at the end of the transition period due in just a few weeks time.

“We have been pressing the government for clarity on business and government readiness for the UK’s departure from the EU from 1 January 2021, but not enough has been forthcoming. For example, there are significant delays in delivery of the Haulier Handbook, which is intended to give clear, vital guidance to drivers of all relevant nationalities and hence minimise the length of queues at ports.”

De Jong continued: “The launch date for this was put back to 18 November for a semi-complete version, and 7 December for a complete version – less than four weeks before the UK leaves the EU. This product must then be translated and circulated to thousands of hauliers across Europe so they can read and understand it, and prepare for 1 January 2021.”

Of particular concern, De Jong underlined, are operational barriers and the lack of clarity over trading arrangements between GB and NI. The Customs Declaration Service is untested and construction of Border Inspection Posts for SPS checks has not yet started and will take up to six months to complete.

Kent Online reports that work on a huge post-Brexit lorry park is now running behind schedule after heavy rain forced contractors to down tools as the site is now submerged – not unexpected really at the area is well-known for winter flooding. There are no toilet facilities in these new huge lorry parks, some of which are over 60 acres in size, with a Canterbury councillor warning that Kent risks going from the “garden of England” to “the toilet of England” unless dedicated toilets are provided.