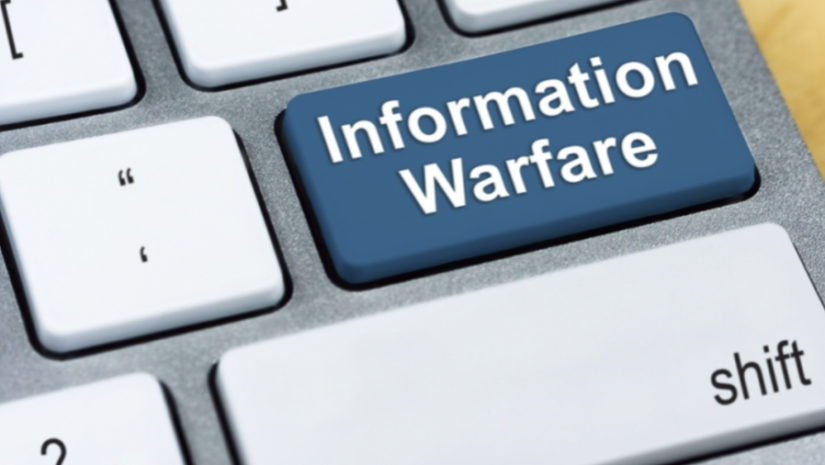 By TruePublica Editor: Every day of your life there is an informational war going on. You are not really aware of it – that’s the point. Its purpose is to distort the narrative and swing the political direction of a country to favour those who can afford to fund it. Here is just one small story that demonstrates the scale of aggression being waged against democracy. It very often starts in America and ends up on your mobile phone, laptop, newspaper, TV and so on.

You may have read recently that a major Republican donor has purchased a stake in Twitter and is reportedly seeking to oust its chief executive, Jack Dorsey. It was Bloomberg News that first reported that Elliott Management has taken a “sizable stake” and “and plans to push for changes at the social media company, including replacing Dorsey”.

Paul Singer, the billionaire founder of Elliott Management, is a Republican mega-donor who originally opposed Donald Trump during the real-estate magnate’s run for the presidential nomination but has since come onside.

Recently, Twitter made headlines last October when it announced a ban on political advertising. Its use and potential manipulation by politicians of all stripes, from Trump to Democratic candidate Mike Bloomberg, remains a source of fierce contention.

News of the Elliott stake saw Twitter’s share price rise on Friday, during general market slides in the midst of the coronavirus outbreak.

Elliott Management is an activist investor, which means it regularly pushes for change in companies in which it buys shares.

Singer has even taken on whole countries: in 2016, after a relentless campaign, he secured a partial repayment of debts by Argentina, arising from its financial collapse in the early 2000s.

Within two years of Brexit, amid the problems it brought to the country, Singer’s Elliott Management Corp started targeting U.K. companies, outstripping the number of public campaigns by locally based funds. It turned out that sixty per cent of the British-based companies that have been publicly subjected to activist demands were targeted by investors that aren’t headquartered in the U.K., according to researcher Activist Insight. That compares to an average of 38 per cent annually for the previous five years. And Singer was significant in this.

And it’s not as if Singer has simply seen an opportunity, he’s the type that creates them. Hundreds of millions of dollars are given through Singer’s foundation to Conservative right-wing think tanks and front charities that campaign ruthlessly for deregulation and lower taxes.

Singer, described as a “passionate defender of the 1%”, has emerged as a major force in the Republican party in recent years but has been under the radar in Britain. Of course, like any vulture capitalist, it is in Singer’s interests to see the pound sterling fall, share prices and asset prices fall as a direct result of Brexit. And to ensure Brexit stays on track, Singer is the biggest donor to an organisation called ‘America Rising’.

America Rising is now taking aim at potential 2020 Democrat presidential candidates including Elizabeth Warren, Andrew Cuomo and Bernie Sanders, with the aim of attaching negative ‘narratives’ to opponents early in the campaign cycle. It uses ‘trackers’ to follow target Democrats around, filming their public appearances in a bid to catch them saying something that could be used now, or in the future, to undermine, or embarrass them as they head towards elections.

America Rising is now in the UK. It originally registered their London affiliate with Companies House as ‘UK Rising’, aligning it with the political attack fund they co-founded rather than their commercial lobbying firm, Definers Public Affairs (UK Rising underwent a name change to UK Policy Group in May last year).

Employees in the London branch were being trained up in these skills by their American counterparts over a year ago. UK Policy Group similarly promises to provide ‘dossiers’ on ‘targets’ that provide ‘comprehensive, detailed analysis’ of an opponent’s record, background and views, information which, they say, can be used to shape stories in the media. UK Policy Group has said that its services will be aimed at private sector clients.

UK Policy Group’s all-male leadership team isn’t from the commercial world though but appears instead to be drawn almost exclusively from the Conservative Party, including some with a background in opposition research.

All these links, billionaires, think tanks, front charities, social media and the attack dog organisations in oppositional research are all linked. Their purpose is the weaponisation of information in elections – an informational war if you like, for the explicit purpose of defining a political opponent in the eyes of voters, increasing their ‘negatives’, depressing their support, and driving away potential voters.  It might not be illegal, but whichever you look at it, it is immoral and undemocratic. The other problem here is that unlimited sums of money can be thrown at these campaigns without breaching electoral funding guidelines. It’s called dark money and by far, the majority of it comes from people or organisations who oppose democracy and the rule of law.