The Top Ten Independent News Sources In The UK – 2021 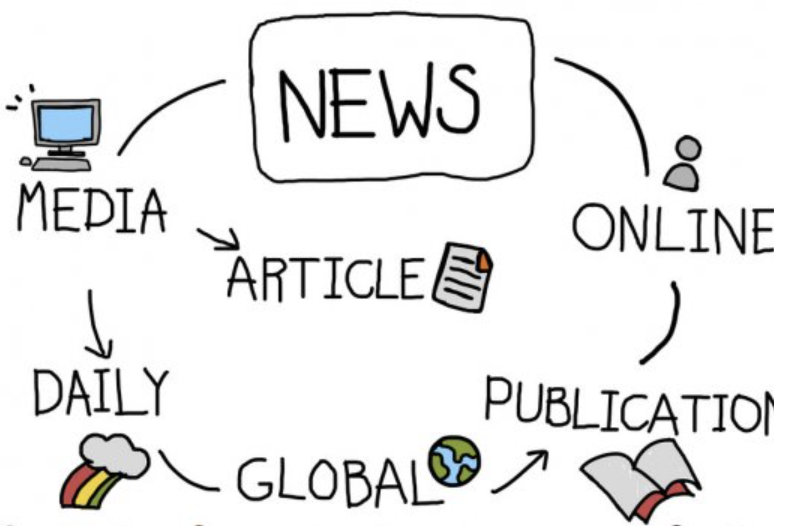 By TruePublica: Our original article regarding the top ten independent news sources in the UK, published in June 2018, proved so popular that we updated it last year where both remained in the top ten most-read articles for many months during the year.

However, this 2021 will bring us new things to focus on – not least Covid-19 of course, but the ongoing saga that is Brexit and escalating government corruption and general abuse of office by Boris Johnson and his crony government. One thing we should not forget is that whilst the multiple crises rage around us, much of the news we need to know about gets drowned out.

As we have written about many times – Britain not only suffers from a government-led climate of hostility towards oppositional voices, it is now actively engaged in censorship strategies when it comes to scrutiny. Examples of this came to the foreground in 2020 when it emerged that Michael Gove was orchestrating a censorship unit within government to limit responses to Freedom of Information requests. And of course, there were many complaints even from mainstream media, including from national broadcast journalists – who were effectively ‘blacklisted’ and excluded from official press briefings, meetings and conferences.

As for the independent media – they face a different form of censorship. Not only does the government practice, operate and make full use of draconian libel laws to threaten and coerce but it is becoming clear that hacking attacks are politically motivated and although there is no proof (because independent media don’t have the resources), it is more than probably funded by organisations connected to political activists.

A once vigorous environment of independent news in the UK has withered away in the last few years unlike in many other democratic countries. Britain is now formally identified as one of the worst countries in western Europe for overall press freedom. It is also blighted by the most right-wing media in Europe. In Britain, this is set to get worse, not better. It is hardly surprising that in a ‘post-truth world’ – trust in traditional sources of news has completely collapsed.

In the meantime, billionaires continue to snap up hundreds of newspapers, magazines, periodicals and online outlets. And in this online world – advertising revenues have collapsed. What remains is heavily censored content. We see supposedly neutral sources that are becoming more and more biased and deeply compromise the output of mainstream media. And it is no understatement to say that big tech such as the search engines and social media platforms have themselves become censorship engines and gatekeepers of news.

Algorithms push their users into bubbles and decide what content they consume. For you to be informed, keep a balanced worldview and stay ahead of the nonsense that is causing so much stress and anxiety, we would recommend that you limit news collation from social media and expand your circle of news outlets to include independent media. But like all sources of information, there are biases both overt and covert, so beware.

In the past, our criteria has been focused on analytics that measured site visitors to help rank sources of news in order of numbers. Today that is not possible because additional security required to keep websites safe blocks data from traffic rank searches. This time, the criteria is based on finding those sources of news that are actually helpful, not just ranked by numbers. And this year, we’ve gone a bit further and included some of the larger, more well-funded organisations that could enhance your understanding of the complex and confusing world we live it.

Criteria for this article is more imprecise because the idea is to present our readers with a range of sources of news that will help to shape good critical thinking based around facts and evidence from trusted sources alongside experienced and balanced opinion formers. Because our world is affected by global events, we’ve also included some good sources of news in this area and included the climate crisis and explosive effect tech will have on us all.

TruePublica – It goes without saying that we recommend you regularly visit us here at TruePublica.org.uk. During 2020, we were forced to dramatically reduce output for four months as we recovered from a serious hacking event. However, a million pages a month were consumed on the runup to that event. Last month we saw over 400,000 visitors without paying a single penny of advertising. TruePublica is one of only a handful of official media partners to UN News (United Nations) along with a dozen transparent political commentators, think tanks and charities.

ByLine Times – goes from strength to strength and have broken some excellent stories. They are run by a small dedicated team, providing a platform for freelance journalists passionate about reporting on issues not covered elsewhere. “Our aim is to concentrate on ‘what the papers don’t say’ and investigate the untold stories of modern Britain.” The excellent Peter Jukes is a regular. Byline Times is partly crowdfunded with some ad revenues.

MediaLens – The aim of the two editors here is to scrutinise and question the mainstream media’s coverage of significant events and issues and to draw attention to what they consider “the systemic failure of the corporate media to report the world honestly and accurately“. The site is financed by donations from website visitors and is updated with a new piece usually two or three times a month.

Consortium News – Consortiumnews.com started in 1995 – as the first investigative news magazine based on the Internet. Although mainly US news, there is a lot of global content. “The mainstream media was falling into a pattern of groupthink on issue after issue, often ignoring important factual information because it didn’t fit with what all the Important People knew to be true.” There are some excellent truth-seeking journalists such as John Pilger who also happens to be a board director.

The London Economic – is a digital newspaper supporting liberal, progressive, pro-European and pro-business viewpoints. “We are the antithesis of the Murdoch media empire, set up to counter the spread of far-right rhetoric dominating the mainstream media.” In 2017 TLE was among the most shared publications in Britain with the most read news story of the last General Election and are run largely by a volunteer team of journalists and contributors.

POLITICO, a global nonpartisan politics and policy news organisation, was launched in Europe in April 2015. It has operations based in Brussels and additional offices in London, Berlin and Paris, Its journalism lives online at politico.eu and covers all things concerned with politics in Europe. The London Playbook is worth a look as it gives some insight from the perspective of leaks, rumour and conjecture from the inside.

openDemocracy – is an independent global media platform. It brings activism on a global scale to one website. It helps to remind us that things are a lot worse in some places around the world on some pretty basic matters of human rights and civil liberties.  “Through reporting and analysis of social and political issues, we seek to educate citizens to challenge power and encourage democratic debate across the world.”

LSE Blogs – Contributions from think-tank researchers, politicians, and third-sector experts across the world. LSE Blogs have grown into a hub for evidence-based commentary and accessible summaries of academic research. There are blogs on economics,  Brexit, British political policy, the Covid Misery Index, technology and all manner of subjects. Definitely worth visiting.

DeSmog UK: Launched in September 2014 as an investigative media outlet dedicated to cutting through the spin clouding the debate on energy and the environment in Britain. Since then, our team of journalists and researchers have become a go-to source for accurate, fact-based information regarding misinformation campaigns on climate science in the UK.

TechXplore from ScienceX – is a leading web-based science, research and technology news service which covers a full range of topics. These include physics, earth science, medicine, nanotechnology, electronics, space, biology, chemistry, computer sciences, engineering, mathematics and other sciences and technologies. Launched in 2004 (Physorg.com), Science X’s readership has grown steadily to include 5 million scientists, researchers, and engineers every month. Worth a look just to keep up to date with what’s coming next!

Finally, we could give a bit of a shout-out to those outlets that do have well-deserved reputations for high quality and interesting journalism centring on current affairs.

The Spectator, the Economist and the New Statesman are worth a look. The Spectator is right of centre, the New Statesman is left of centre, and The Economist is more politically centred between the two. You are unlikely to find fake or badly researched pieces in any of them, but as always, be aware of the bias any news outlet brings. As we know, two writers can take the same facts and reach very different conclusions. We would recommend The Economist podcasts as there are a few of them and are all really interesting and well put together. They are also free – unlike the actual physical magazine or online content.

Is The End Of Independent News In Sight?