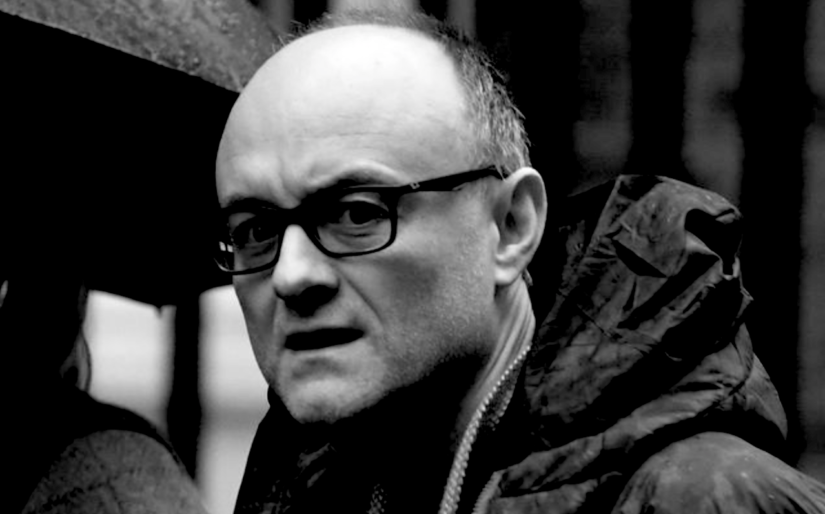 TruePublica Editor: There is genuine hatred for Dominic Cummings – without doubt the most toxic character a sitting government has had to defend. But without Cummings, the man who illegally used data systems designed for post battlefield propaganda campaigns to win ‘hearts and minds’ in war-torn countries – the Tories would not be in anything like the same shape that they are today and Boris Johnson would more than likely not be our Prime Minister.

Immersed in accusations of abuse of office, malfeasance and corruption, this government uses a blanket of lies, misinformation and propaganda along with human shields as its defensive armour. But behind this huge story, there’s an even darker one.

We are all invited and riveted to the story of the moment. The Sunday papers have reported that Cummings has made multiple trips outside of lockdown and an informational battle takes place.

We are enraged that if Dominic Cummings survives this onslaught, where even the right-wing media are unwilling to defend the indefensible – there will be no barriers for a political elite to enrich themselves further. This incident fully demonstrates just how weak and incompetent both Boris Johnson and his team are – if they rely so heavily on a man known only for manipulating data to skew outcomes.

So worried are the Tories, that without Cummings their cover will be blown, they have decided that he is more important than anything – including the tarnishing forever of their own reputations. And the anger draws us in yet further:

Jim Pickard – the chief political correspondent at the FT makes the point that – “Number 10 is apparently using WhatsApp to order MPs to circle the wagons and put out supportive statements to try to hold the line….”

Peter Jukes from ByLine Times points out that – “The Attorney General and most the cabinet now have accused Durham Police – one of the top-rated police forces in the country – of lying. This is disastrous for the rule of law during a pandemic.”

Former Tory MP Nick Boles says – “Whatever the rights and wrongs of Cummings’ trip to his family home, we can all agree that the Government has lost any moral authority to instruct the rest of us on how to conduct ourselves during this pandemic.”

Columnist Ian Birrell concludes – “So far today Downing Street has undermined the lockdown; the health secretary has undermined public health efforts; the attorney general has undermined respect for the law. All to protect one powerful aide.”

And as one member of the public quite rightly and angrily spits out – “I’m fuming. All those men who missed their babies being born, all those elderly mums and dads dying alone while their kids cried at home, all those unattended funerals. All on the instruction of a government now defending a mate who chose to take his suspected Covid on a road trip.”

This is, by definition, anarchy by the rich and powerful.

In response, the government orders its taxpayer-funded army of social media bots into action in an attempt to get Cummings away from being the No1 trending hashtag. That story trended on its own. It worked for a few hours, but the rage continued.

The reality of our rage is this. If the man who sits in SAGE meetings, who is known to have politically influenced the outcome of the government experts in the midst of a pandemic that is killing tens of thousands, creates his own reality for the rest of us to live by – and then does as he pleases, then why should any of us play by the rules. Indeed, what other laws should we simply discard?

This is, by definition, anarchy by the rich and powerful.

But in the real world, behind closed doors, something else is going on.

Whilst the current story over Dominic Cummings erupts and boils over around the mainstream media and social media, this government have, in the same week given our agricultural industry away to the Americans, crossed a red-line with a new EU border and are handing hundreds of billions of cash and state assets over to corporations in secret deals – under cover of non-disclosure agreements. The stench of corruption is nauseating if you care to look.

Award-winning Observer columnist Carole Cadwalladr who bravely brought us the Cambridge Analytica scandal – tries to spell out this Cummings story and what’s going on. “This is the official machinery of the state. The civil service is now involved. And what they are saying in this statement contradicts a police report. So somebody is lying. The civil service? Or the police? Why does the Cummings story matter? And what does it obscure? The real story is the huge transfer of government assets to private companies that he is overseeing under cover of a pandemic while restructuring the Cabinet Office into his & Michael Gove’s private fiefdom. We have no insight into these contracts which did not go to tender but to Cummings’s friends & associates. Including a massive transfer of our most private, intimate NHS data. The privatisation of essential state functions is happening in real time in almost complete darkness. Cummings made absolutely clear his conditions for working in government were smashing civil service and rebuilding in his image and creating British ‘ARPA’ – an AI-driven research facility. That’s exactly what he’s doing right now in Cabinet Office with Gove his long-time co-conspirator. Sure, the hypocrisy and entitlement of Cummings is breathtaking but there’s a far darker story that it obscures and it’s why the focus must be on Johnson now and his decision to throw weight of his office – statement from No 10 – behind him.”

The real story that Cadwalladr and others, like TruePublica, have been saying all along is this. The Conservative party is not a party for ‘broad-church’ centre-right politicians with traditional Conservative values. That has gone. This party wants to extract Britain from the centre-left European Union of regulation and pivot Britain towards a deregulated America. Next year, Britain will have suffered a hard-Brexit or something like it and some sort of trade-deal’ with America will have been ‘agreed’.

Whether Cummings get ousted or not, is not the story. It’s cover for a couple of other stories that should have enraged the Brexit voting public but didn’t. Those nativist flag-waving beer-bellied skin-heads should be quivering with outright anger over the treachery of this government to deliver what they voted for. The millions of centre-left and centre-right middle classes would demand answers to the scandal that their taxes are being handed over to corporations, many with offshore operations – all undercover, in the dark – and behind their backs.

How else did you think that this group of political anarchists would ever get Brexit through, would enrich themselves beyond their wildest dreams and walk away after the fog of war drifts away and we are left with the rubble?

If the Tories had reacted to the Covid-19 crisis and thrown their protective ring around the vulnerable and those in care homes as they did with Cummings we would have seen a different outcome to the sheer scale of death that this virus has brought to Britain. But this government wants chaos, this is THE modus operandi of Dominic Cummings and Boris Johnson – as they both believe no real change, can come without it.